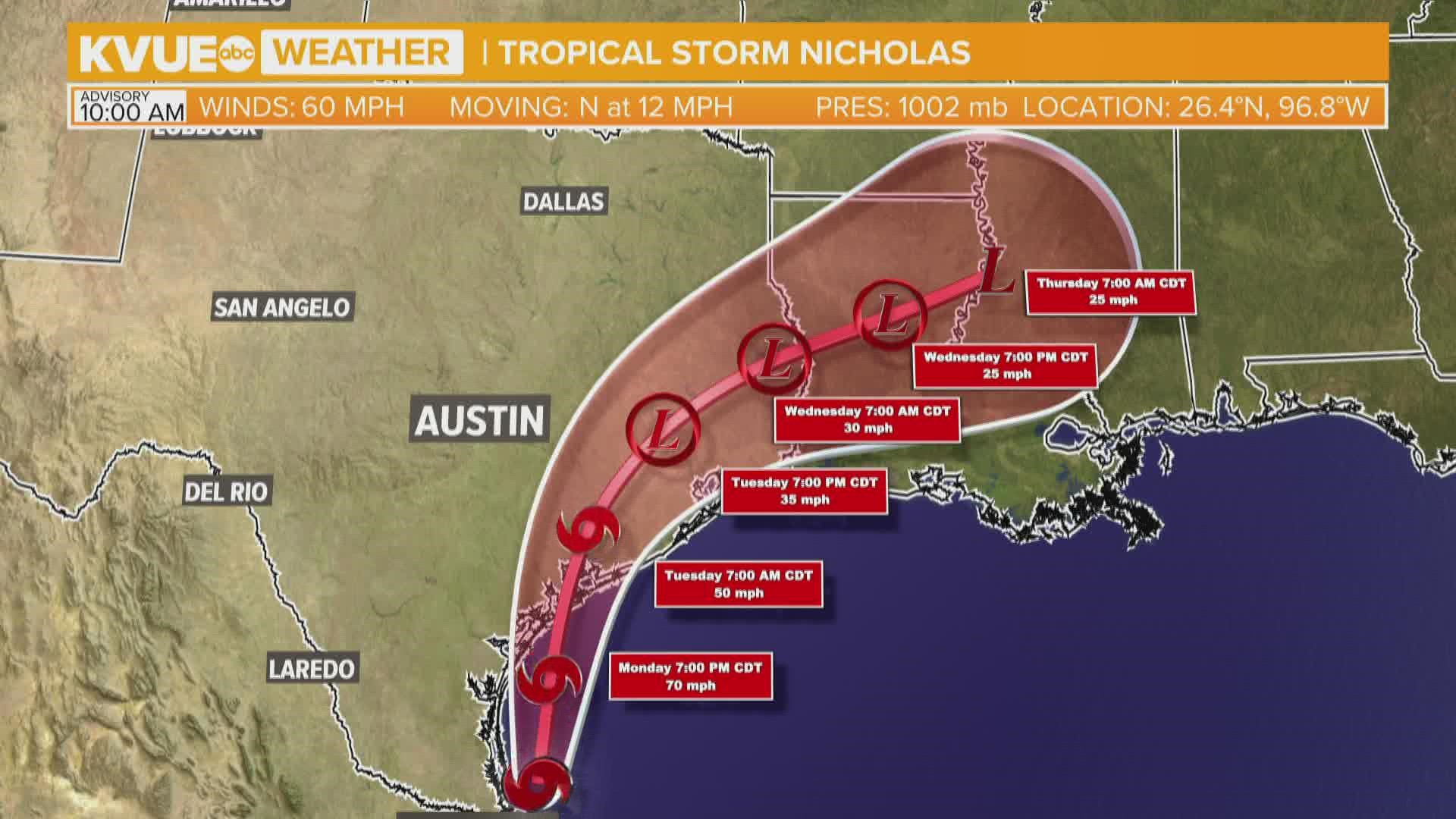 The World Meteorological Organization (WMO) oversees the lists of storm names used for hurricanes. There are 21 names on each Atlantic Names list. For 2021, only seven names have not been used.

Lists are re-used every six years unless a storm is “so deadly or costly that the future use of its name for a different storm would be inappropriate,” according to the National Hurricane Center.

Usually 14th named storm happens mid-November. We are ahead of schedule this year. #atxwx #kvue pic.twitter.com/QnSqtEbvbH

If the list runs out, the Greek alphabet will not be used this year to name future storms, according to the WMO's website. For the first time, the WMO will resort to lists of “supplement tropical cyclones names.”

In 2020, 30 tropical storms were named, nine with Greek letters. In 2005, six names from the Greek alphabet were used.

Tropical Storm Nicholas is expected to bring rain chances to Central Texas starting Monday and continuing through the rest of the week. The National Hurricane Center issued a Tropical Storm Watch for Fayette County.

The peak of hurricane season was Friday, Sept. 10. The National Oceanic and Atmospheric Administration said it is expecting a more active season than usual.