Officers responded to the shooting in Beaumont's north end just before midnight on Wednesday, Feb. 27. 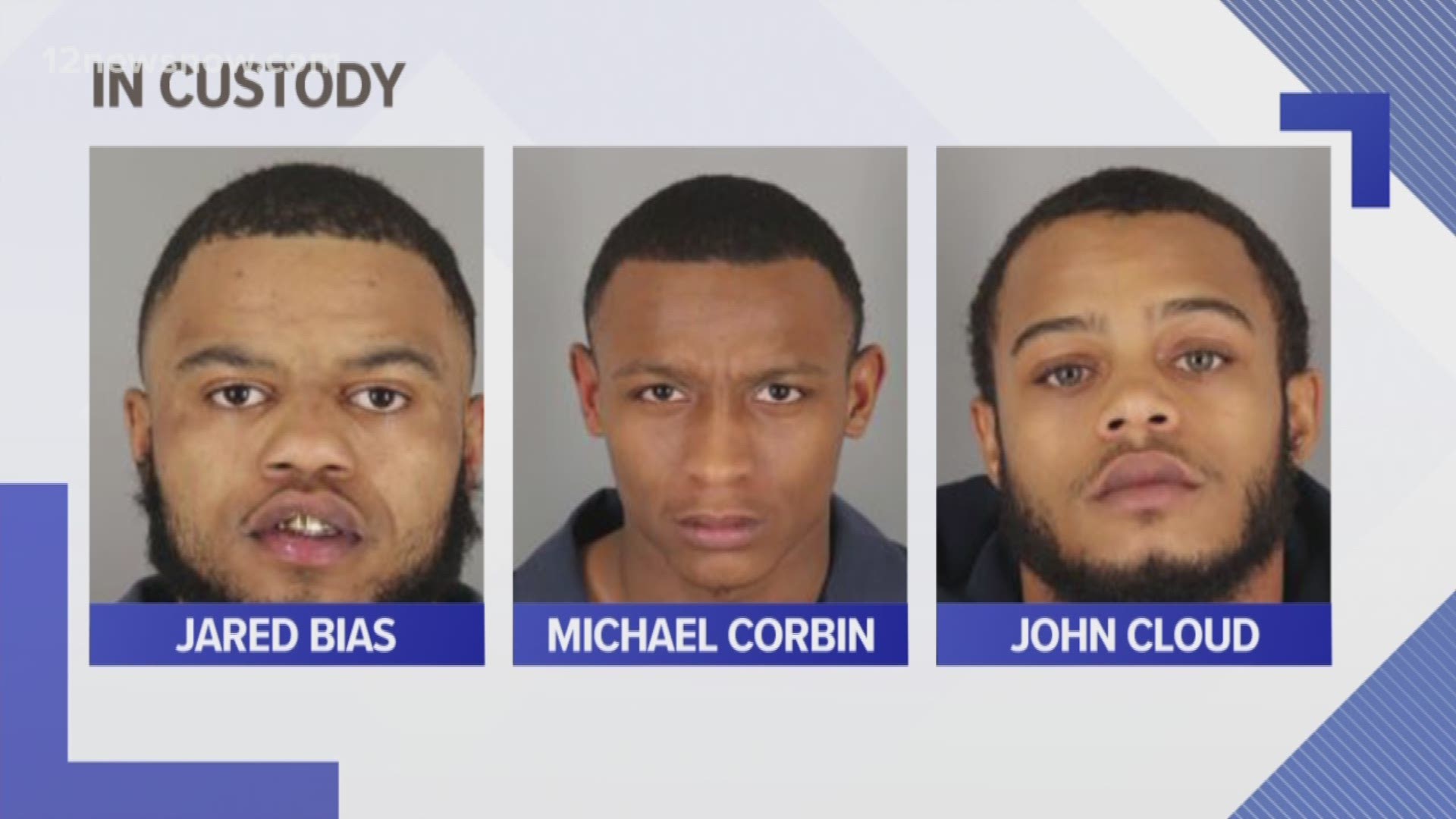 BEAUMONT, Texas — Beaumont Police have arrested three suspects after a murder last week, which appears to be the second homicide of 2019.

"Detectives have worked around the clock following the homicide of Desmond Nixon," Morrow said.

Morrow said detectives were able to piece together several witness statements with evidence to obtain murder warrants for Corbin, Cloud, and Bias on Friday, March, 1.

Bias was named as the gunman in the June 2017 murder of Kera Teel and her unborn baby but the charges were dropped after a key witness admitted to lying to police.

RELATED | Charges dropped for one, man and two juvenile suspects now in custody in June murder of mom, baby