This is the highest number of fatalities related to a single fire in Port Arthur since a garage apartment fire in 2009. 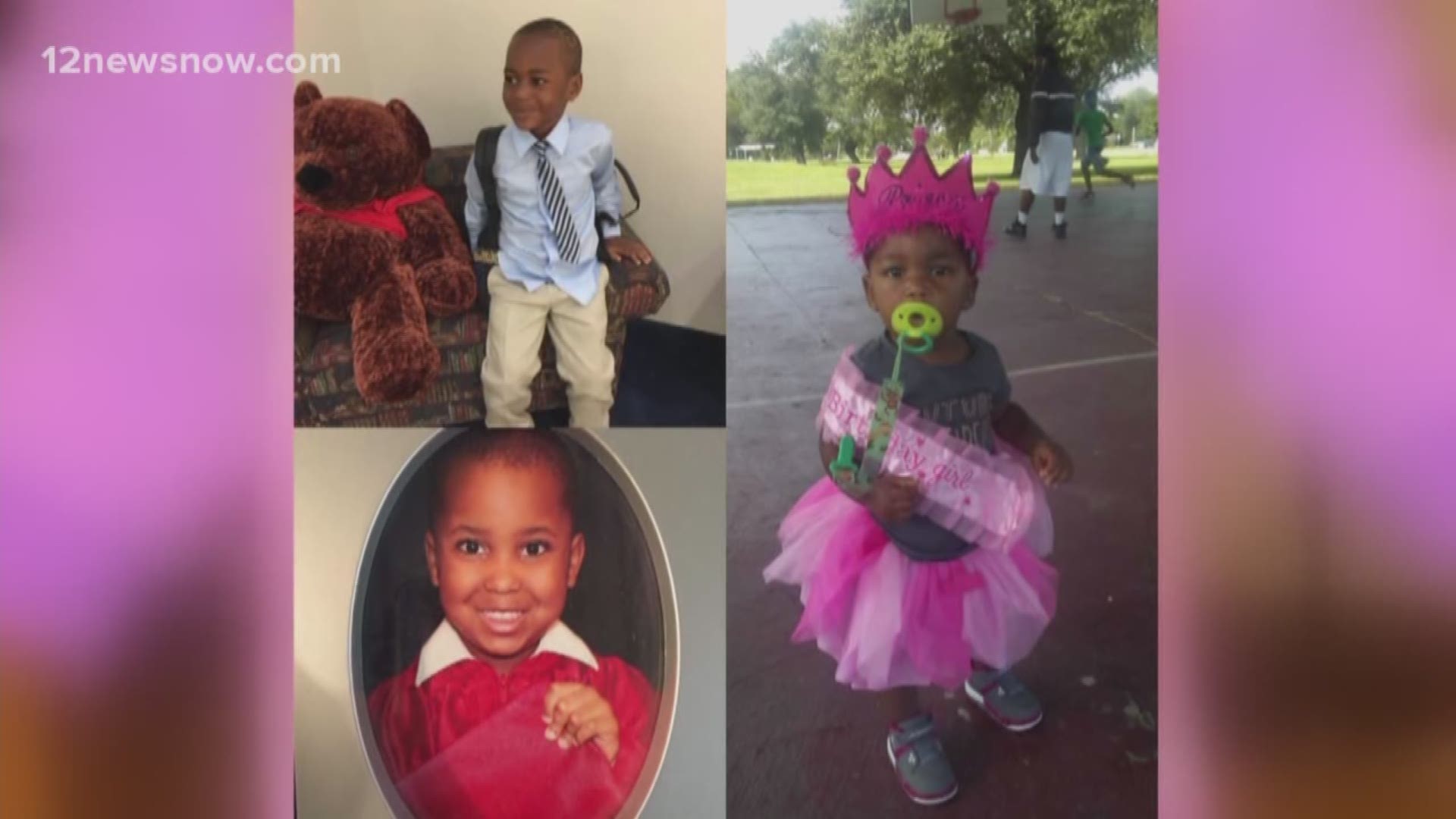 Calls began to pour in to 911 around 12:10 a.m. reporting a fire at the Arthur Square Apartment complex located in the 1600 block of Poole Avenue. The first firefighters to arrive called for assistance from Port Arthur police officers to block off roads around the complex.

According to the mother of the children, six of her seven children were living with her in the apartment for a month. One child had an asthma attack and she took them and two other children to the hospital, leaving the other three behind.

"I had no other choice, I had to leave and take him I mean if I waited till the next day, who knows he'd probably be dead too because he couldn't breathe so I had to go," said the mother Tikeshia McCray. '

McCray said she found out about the fire when she came back at home at 1 a.m. Port Arthur firefighters said they believe the kids were asleep when the fire happened.

"I don't think it's real right now so that's why it didn't hit me just yet," said McCray.

She said her 2-year-old daughter Brooklyn was very funny and loved the color pink.

She said her 6-year-old Brayden was also very funny and loved reading books.

She said her 12-year-old Jayden enjoyed playing basketball outside with his other brothers.

She said it's hard to believe that they will be gone forever.

Shari Pulliam, a spokesperson for the Texas Department of Family Protective Services, confirmed that CPS is investigating.

Kristyn Cathey with Port Arthur ISD Public Relations said, "The Port Aurthur School district is in contact with the family and are grieving for children and family at this time."

Port Arthur Fire Marshals are investigating the scene and the cause of the fire is under investigation as of 10 a.m. The American Red Cross is assisting those displaced by the fire.

Fire officials say this is the highest number of fatalities related to a single fire since a garage apartment fire in 2009 in the City of Port Arthur.

If you would like to donate to help the family cover funeral expenses, you can visit this website.