The governor originally signed an executive order in 2020. It was a welcome reprieve at the start of the pandemic. 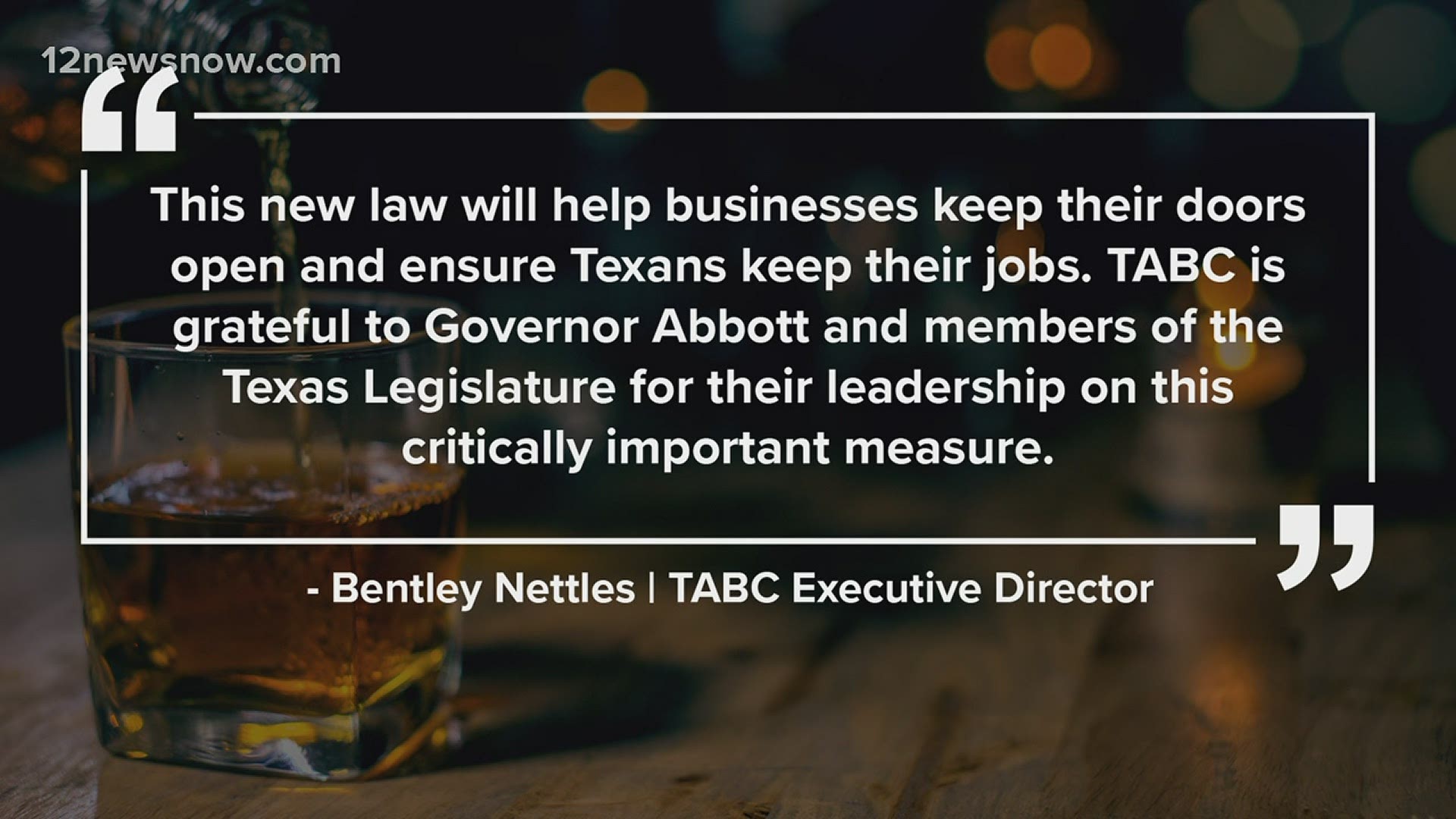 Abbott originally signed an executive order in 2020. It was a welcome reprieve at the start of the pandemic.

Now, more than a year later, one Southeast Texas restaurant owner says while the law is great, they have more needs to stay afloat.

On a day when many are celebrating alcohol to-go being signed into law, the owner of Madison’s on Dowlen described the decision as a band-aid trying to cover up a bigger problem.

It started off as a temporary fix to address declining sales due to the pandemic.

While the sounds of cheers may now fill the State Capitol, back in Southeast Texas, some restaurant owners are expressing a different emotion.

Randazzo isn't celebrating after a year of trying to keep things a float at Madison’s and other businesses.

"The state, I feel like, should have focused on rebates for our liquor licenses, assisting us with sales tax rebates,” Randazzo said. “Having the ability to have a drink to-go is great, and we appreciate that opportunity but it really doesn't move the needle for many operators."

In a statement, Texas Alcoholic Beverage Commission struck a different tone, saying in part, "This new law will help businesses keep their doors open and ensure Texans keep their jobs. TABC is grateful to Governor Abbott and members of the Texas Legislature for their leadership on this critically important measure."

House Bill 1024 includes several new rules such as alcohol to-go and for delivery orders, food must be included if alcohol is included.

Also, it has to be sealed and tamper-proof with the company's name. Lastly, customer must be over 21 years old.

"We're thankful for the opportunity, and we appreciate it," Randazzo said.

Randazzo welcomes the new law but hopes this marks a shift in the states' commitment to support local businesses still recovering from the pandemic.

"We really feel strongly that the state needs to address the real concerns of the hospitality industry,” Randazzo said. “Alcohol to-go is great, but it's a band aid right now on a big wound for the industry."

Participating businesses must have a mix beverage or food certificate. TABC says they will start enforcing the law immediately.