Thanks to a loving grandson and a viral TikTok video, a Dallas restaurant facing hard times has new life 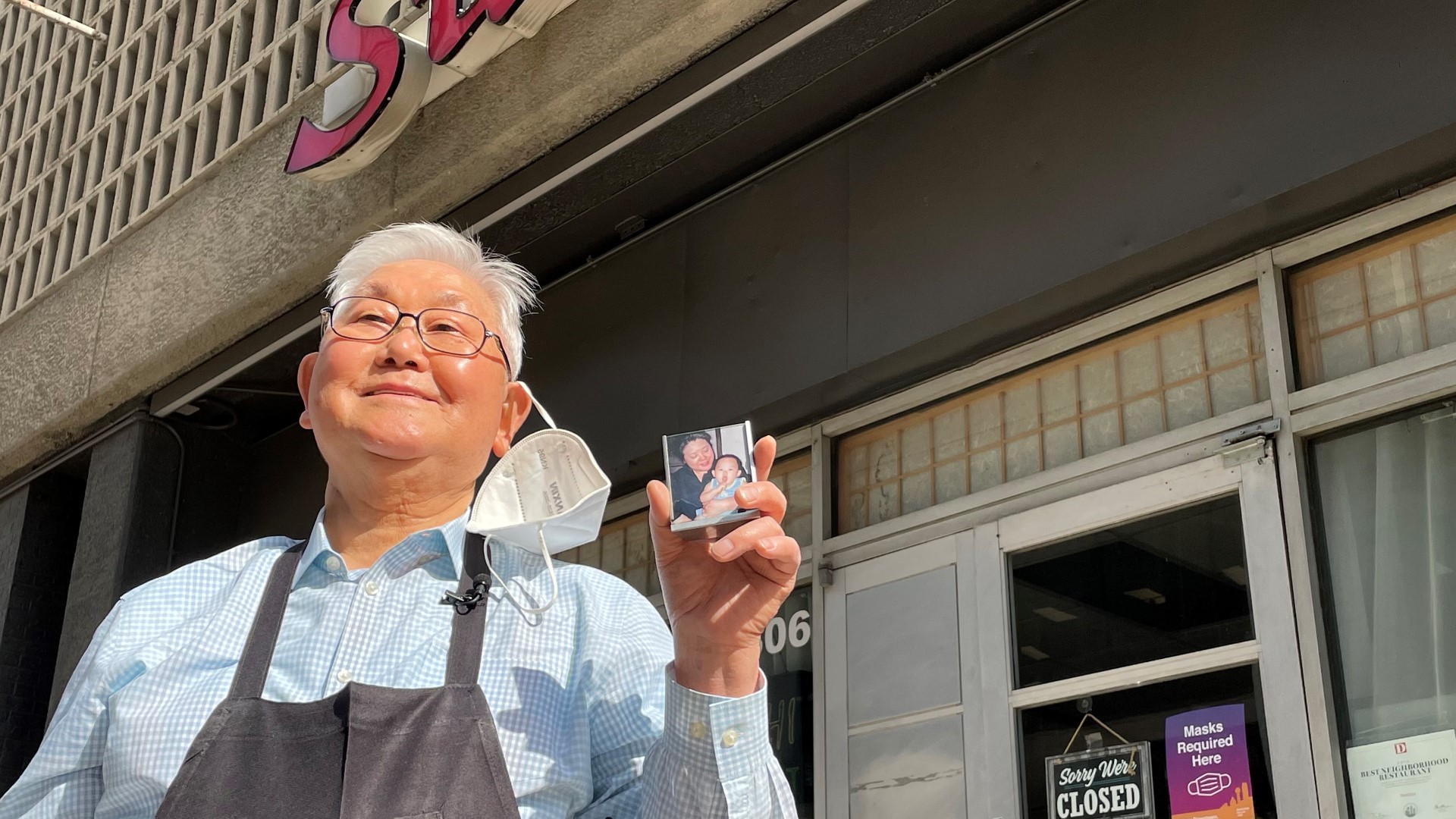 DALLAS — A Dallas restaurant owner who's seen better days, no thanks to COVID-19, is getting a ton of needed business after his grandson stepped up and made his Japanese eatery go viral on TikTok.

Kang Lee, 80, has owned and operated Sushiya in downtown Dallas since 2008.

Lee immigrated to America in 1968 from Seoul, South Korea. He called Texas home after graduating from Texas A&M University-Commerce in 1970. He even opened one of the first Korean food markets in Dallas after graduating.

But for the past 13 years, Lee has become well-known to the lunch and dinner crowds in downtown Dallas.

However, that crowd disappeared quickly when the global pandemic arrived.

One by one, restaurants around Lee started to close. He had to let most of his staff go and switched to takeout and pickup orders only.

But even those orders couldn't restore what his restaurant once was.

Many of Lee's usual customers worked in the sprawling concrete jungle around his eatery, and now they no longer needed to physically come into work.

"People liked our food, and they liked how quiet it was in here," Lee said. "You could communicate with the people you came to lunch with."

"It was hard; we've been trying to survive."

Lee himself is stuck between two businesses that closed recently, one serving customers for 29 years.

While things have gotten better due to relaxed COVID-19 guidelines, much of the crowd that's usually downtown hasn't fully returned.

"Before the pandemic, there was regular business, and we were happy," Lee said. "Now, there's hardly any business."

Thankfully, Lee's grandson Andrew Kim noticed this issue when he came to visit in March.

Credit: Matt Howerton
Kang Lee, 80, stands outside his restaurant 'Sushiya' holding a picture of his grandson Andrew who helped bring it back to life.

Kim is the son of Lee's daughter and lives in Saint Paul, Minn., with his family.

He's 18, is going to the Pratt Institute in New York to study architecture, and has a ton of followers on TikTok.

He hadn't seen his grandfather in over a year and noticed quickly that people weren't in the restaurant.

"I thought that they weren't even open when I got there because there was literally nobody in the restaurant," Kim said.

"My grandfather started talking about how business was down, and I wasn't expecting how empty it was going to be when I got there."

So, Kim got an idea.

He amassed his TikTok following by doing trends online and decided to make a video that encouraged people to come to his grandfather's restaurant.

It went nuts online. To this day, it has almost six million views and almost two million likes.

"It got way more views than I thought it would ever get," Kim said.

Kim posted the video on March 19, and the following day the restaurant was flooded with customers.

"Grandpa called, and he told me it was crazy and that they were packed," Kim said. "It was so unexpected."

Lee says that crowds have been coming for weeks. He's even been keeping track of which nights were busy due to the TikTok video on a calendar.

He hired a lot of his staff back and says that his revenues have gone from 50% of what they were before the pandemic to 95%.

"He saved this restaurant," Lee said.

For Kim, the video is more than 15 seconds on a social media app. He's a third-generation Korean American and would do anything for the man who has been a pioneer for his family.

"There's a language barrier between my grandfather and me, so it's kind of hard to convey how much I love him," Kim said.

"The fact that this video did so well was really meaningful to me."

And, for his part, Lee is very proud.

"Thank you, Andrew! I love you!" Lee said outside the restaurant while holding one of Kim's baby photos.

Credit: Matt Howerton
Lee hold up a baby photo of his grandson Andrew outside of his restaurant.