All of Texas is keeping a close eye on the Arctic cold front that will bring dangerously cold temperatures to the entire state. 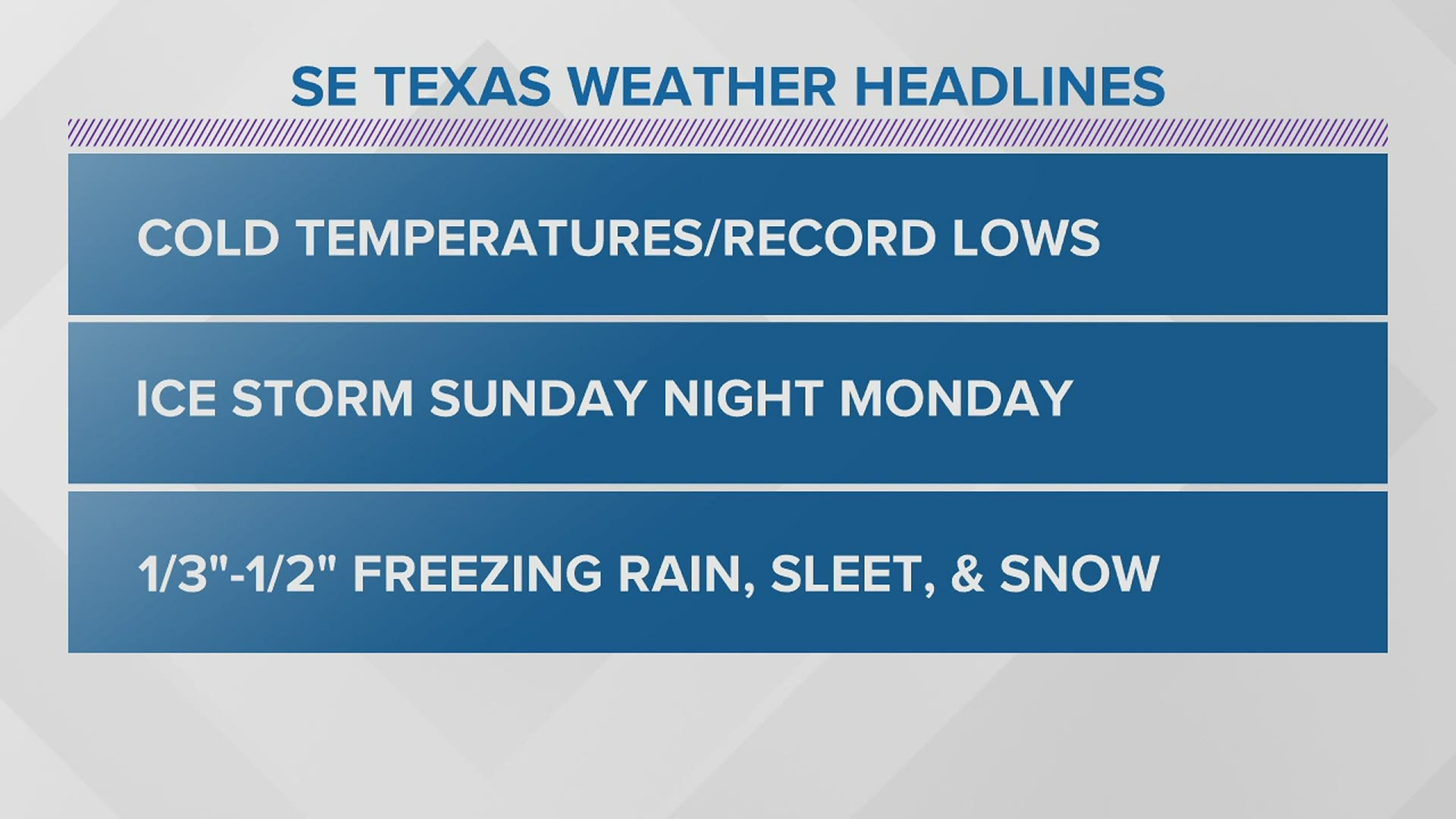 The winter storm is expected to bring ice, sleet and possibly even snow to some areas. In Southeast Texas, the latest computer models show we could see temperatures reach historic lows.

Gov. Abbott, who issued an emergency disaster declaration for all of Texas' 254 counties Friday, said every part of the state is expected to hit freezing temperatures. The governor said he has asked the White House for a federal disaster declaration.

Gov. Abbott said 745 snow plows have been activated across Texas. Pre-treatment of roads began Tuesday and has continued since then. All 25 Texas Department of Transportation regions have received pre-treatment on the roads.

Gov. Abbott warned roads would be extremely treacherous and deadly with some closed because of the snow and ice. He said road closures will be up to law enforcement or local officials.

For those who do venture out over the next few days, Gov. Abbott said if you get stranded, immediately call the number on back of your driver’s license -- (800) 525-5555 -- for roadside assistance.

Gov. Abbott also urged Texans to conserve their electricity use, as the demand for electricity during this storm could mirror that of the demand we see in summer months.

A winter storm watch has already been issued for all of southeast Texas.

A winter storm warning has now been issued for areas northwest of College Station into Central Texas.

In Houston, it's too soon to know for sure which areas specifically will see ice or snow or a wintry mix, if anyone, but it will be dangerously cold either way.

The National Weather Service urges exercising caution while driving, as icy roadways are hard to spot during the day and are near impossible to see at night.