The majority of the deaths are associated with hypothermia, according to the Texas Department of State Health Services. 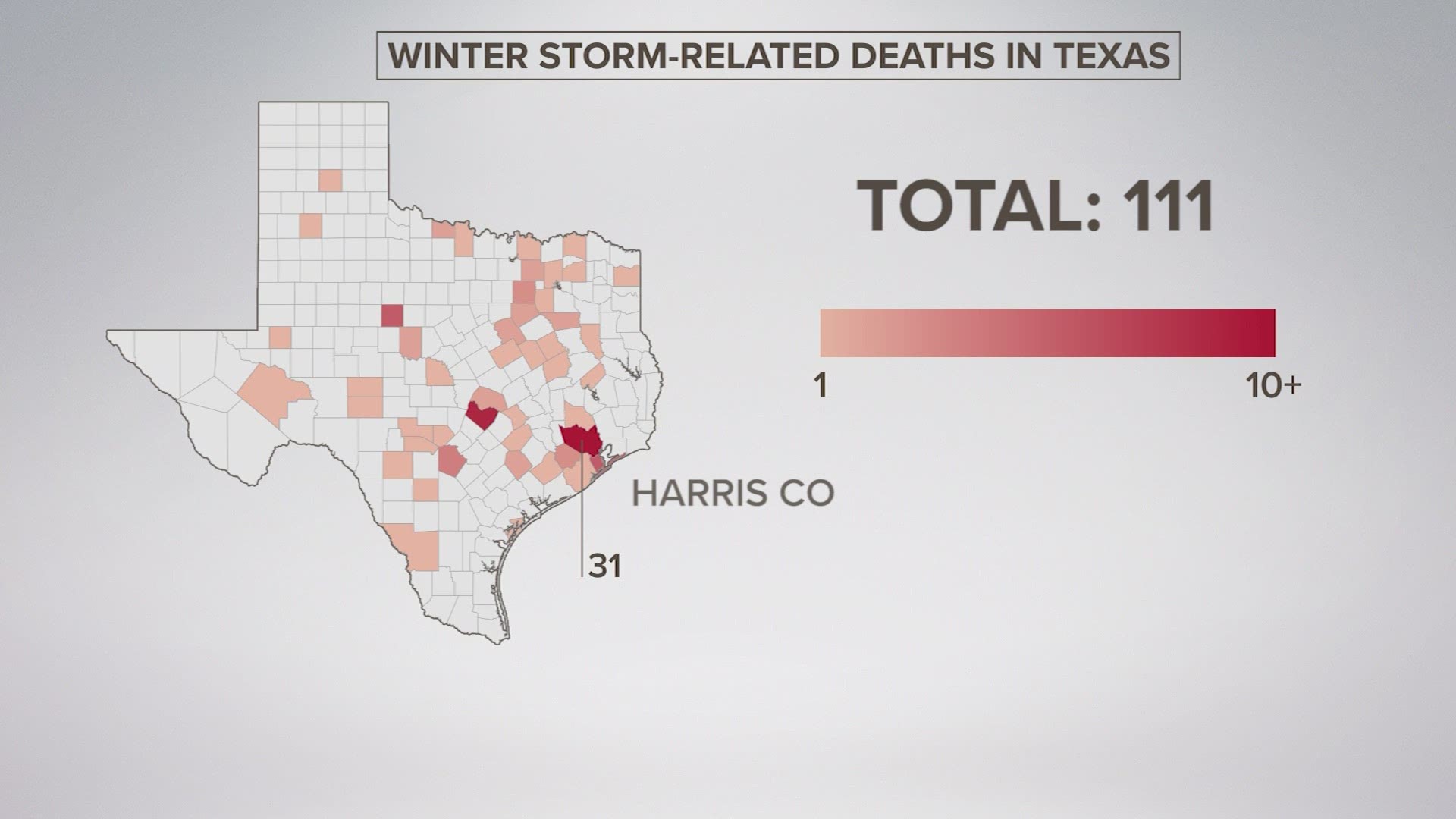 AUSTIN, Texas — Texas officials on Thursday raised the death toll from February's winter storm and blackouts to at least 111 people — nearly doubling the state's initial tally following one of the worst power outages in U.S. history.

“There’s a story behind these tragedies,” Jones said. “What is the cause of each of the deaths … and whether then, in terms of public health, there is something that can be done.”

The majority of the deaths are associated with hypothermia, according to the Texas Department of State Health Services.

Harris County had the most deaths with 31. Nearby Galveston County reported six deaths.

The number could continue to rise as officials link more deaths to the storm that knocked out power to more than 4 million customers in Texas.

Many homes went without power or drinkable water for days after subfreezing temperatures, failing power plants and record demand for heat pushed Texas' electric grid to the breaking point.

Texas officials earlier this month put the initial tally of deaths at 57 but warned it would increase.

"There is a social aspect to this. Of course, we are saddened by it but we also have opportunities to perhaps be part of the sum of the solutions," Jones said.

The disaster has launched a congressional investigation and led to the ouster of the head of the state's embattled electric grid, the Electric Reliability Council of Texas.