A law legalizing hemp changed the definition of marijuana, causing district attorneys across the state to drop low-level possession cases and stop accepting new ones 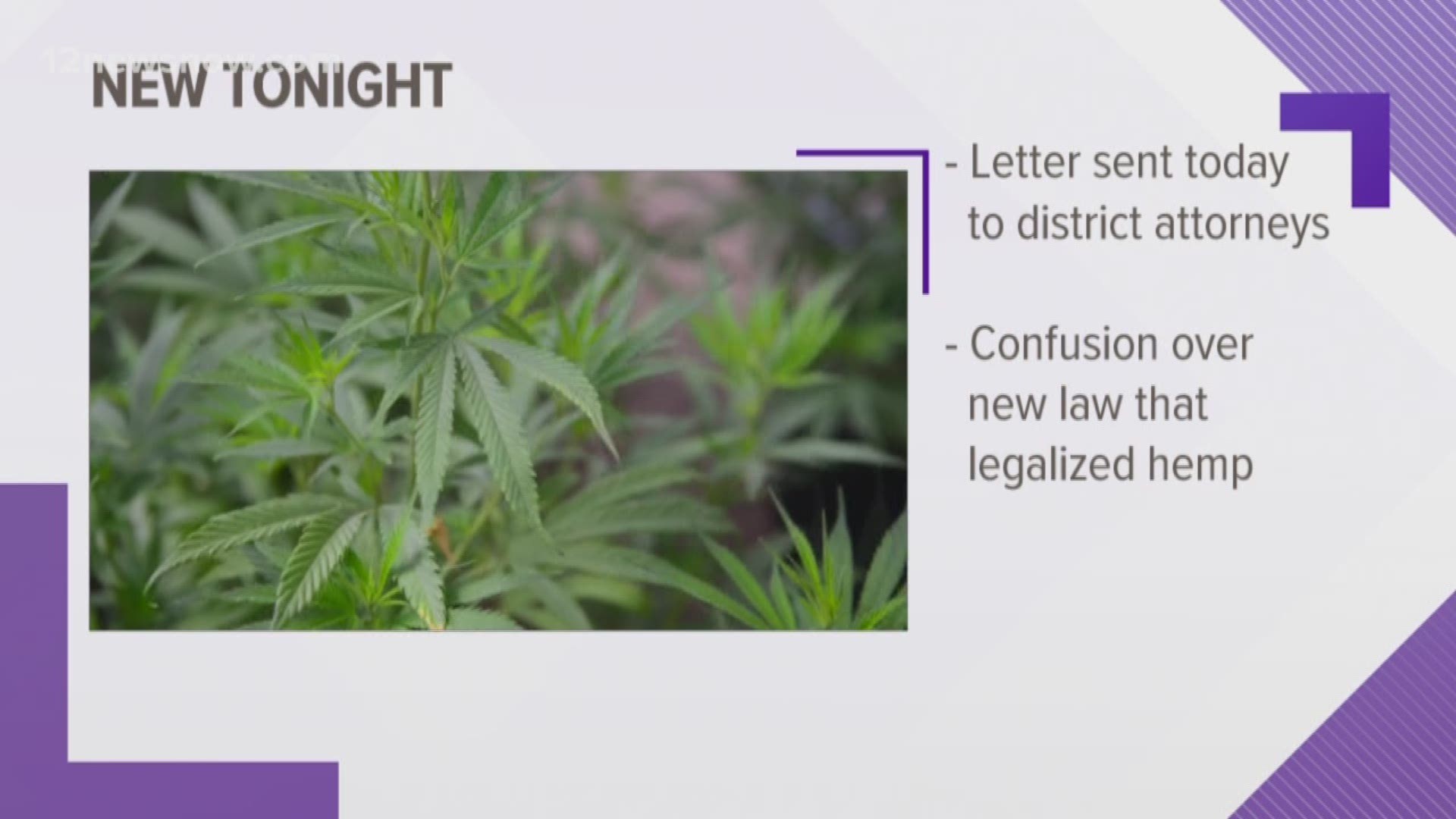 Weeks after Texas prosecutors began dropping hundreds of marijuana cases and stopped actively pursuing criminal charges because of complications that arose from legalizing hemp, the state's leaders have stepped into the fray.

Gov. Greg Abbott, Lt. Gov. Dan Patrick, House Speaker Dennis Bonnen and Texas Attorney General Ken Paxton, all Republicans, sent a letter Thursday to Texas district and county attorneys, emphasizing that a new hemp law does not decriminalize marijuana. They wrote that the prosecutors who have stepped back from marijuana charges after stating they cannot legally distinguish between legal hemp and marijuana without further testing — almost all of those in the state's most 10 populous counties — misunderstand the new law.

"Failing to enforce marijuana laws cannot be blamed on legislation that did not decriminalize marijuana in Texas," stated the letter.

House Bill 1325, which legalized hemp and hemp-derived products like CBD oil, soared through the Texas Legislature this year and was signed into law June 10 by Abbott. Since then, numerous Republican and Democratic district attorneys have said they can no longer actively pursue misdemeanor marijuana cases because the new law changed the definition of marijuana from parts of the cannabis plant to those parts that contain more than 0.3% of tetrahydrocannabinol, the psychoactive ingredient in marijuana that produces a high. Cannabis below that level is now hemp.

The attorneys and forensic experts have said equipment they have in public crime labs can't accurately prove how much THC is in cannabis, and circumstantial evidence, like the smell of marijuana or smoking-related paraphernalia, no longer gives them enough credibility in court, where defendants could claim the substance they possessed was instead hemp.

"The plant is the plant, so the stuff smells the same no matter the THC concentration," Lynn Garcia, general counsel with the Texas Forensic Science Commission, told The Texas Tribune earlier this week.

But the letter to prosecutors says lab reports aren't necessary in every marijuana case.

"Criminal cases may be prosecuted with lab tests or with the tried-and-true use of circumstantial evidence, a point some of you have already made clear in this context," the letter states, pointing to a Tribune article on El Paso's district attorney saying he will move forward on marijuana prosecution without lab reports.

The letter also points out that companies and labs were already developing equipment to test THC concentration before HB 1325 was enacted, and competition will lead to declining costs — initial estimates of which were in the hundreds of thousands of dollars. No funds for additional marijuana testing were included in the passage of the hemp law.

The state's hemp law was enacted to match the federal Farm Bill passed last year, which allowed for states to develop their own plans to regulate the production and sale of hemp. The Texas Department of Agriculture, under the state law, will regulate hemp, but the plan on how to do that has not yet been established.