While the governor and lieutenant governor have indicated they want to see change, one state representative is taking a hard stance against the proposed solution. 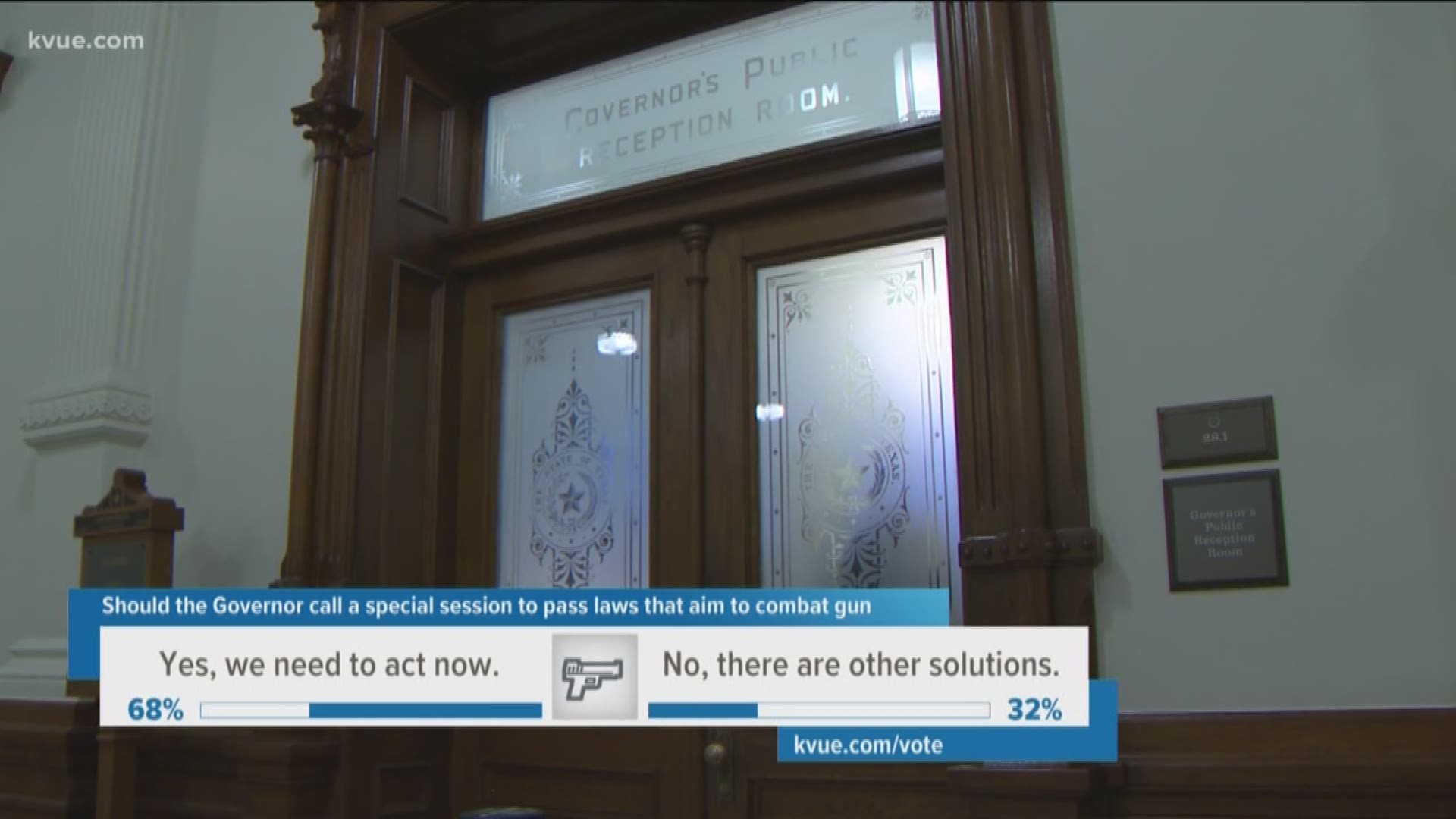 AUSTIN, Texas — As details emerge about the shooting rampage through Midland and Odessa, eyes are turning to the Texas Capitol.

Texas House Democrats held a press conference Wednesday morning at the south steps of the Capitol, calling for a special session to protect Texans from gun violence.

"We are here today on behalf of those constitutes who have sent us here to do a job," said Rep. Celia Israel. "Our hearts hurt for those who lost their lives or were maimed due to gun violence."

Democratic representatives from all across Texas spoke at the press conference. Some of these representatives included Rep. Donna Howard, Rep. Gina Hinojosa, Rep. James Talarico.

"Public safety should never be a partisan issue," said Hinojosa.

She also expressed that Texas does not check for active state warrants during background checks for guns.

"Texas seems to be leading a horrifying national trend of more frequent and more deadly mass shootings," he said. "Mass shootings are just one of our gun violent emergencies in Texas. We have a mass shooting crisis, a murder crisis, and a suicide crisis."

In a tweet Monday, Gov. Greg Abbott shared an article discussing expedited executions for mass murderers, indicating some support for the move.

He wrote, "We're working on a legislative package right now."

The governor's staff has not said what that package may include.

Also on Monday, Lt. Gov. Dan Patrick took part in an interview with Fox News discussing action he thinks should be taken.

"One of the things ... we have to do in this country is take a strong look at this ability for people to buy a weapon when they've been turned down by a background check," Patrick said.

"That's a real loophole in the law," said Patrick, "and I think the NRA needs to get behind the president on that issue."

But not all state leaders are on board with change. Rep. Matt Schaefer (R-Tyler) raised some eyebrows with a Twitter thread.

In it he writes he will, "say NO to 'red flag' pre-crime laws. NO to universal background checks. NO to bans on AR-15s, or high capacity magazines. NO to mandatory gun buybacks." All this to not "diminish the God-given rights of my fellow Texans."

"If anyone has it good in the State of Texas, it's the gun owner," said Ed Scruggs, president of Texas Gun Sense.

"Give me a break on that one," said Scruggs. "No one's talking about taking weapons here. We're just talking about some common-sense safety measures. People need to realize the state does not have many of those."

But Matt Mackowiak, chair of the Travis County Republican Party, said the challenge for lawmakers is finding measures that balance constitutional rights with public safety.

"Policies that might be popular in an urban area are not popular in a rural area, but you're going to need members from both areas to come together to seek a consensus," said Mackowiak. "So, what I would support, candidly, is something that can get bipartisan support from both parties so that this isn't a political issue."

That work has seemingly started. Gov. Abbott has already established two working groups to address mass shootings in wake of the El Paso shooting that happened four weeks ago. And he's said all options are on the table to create a safer Texas.