People called for help, while others jumped on emergency vehicles who were responding to fans in the crowd, all while the music continued to play at the massive fest 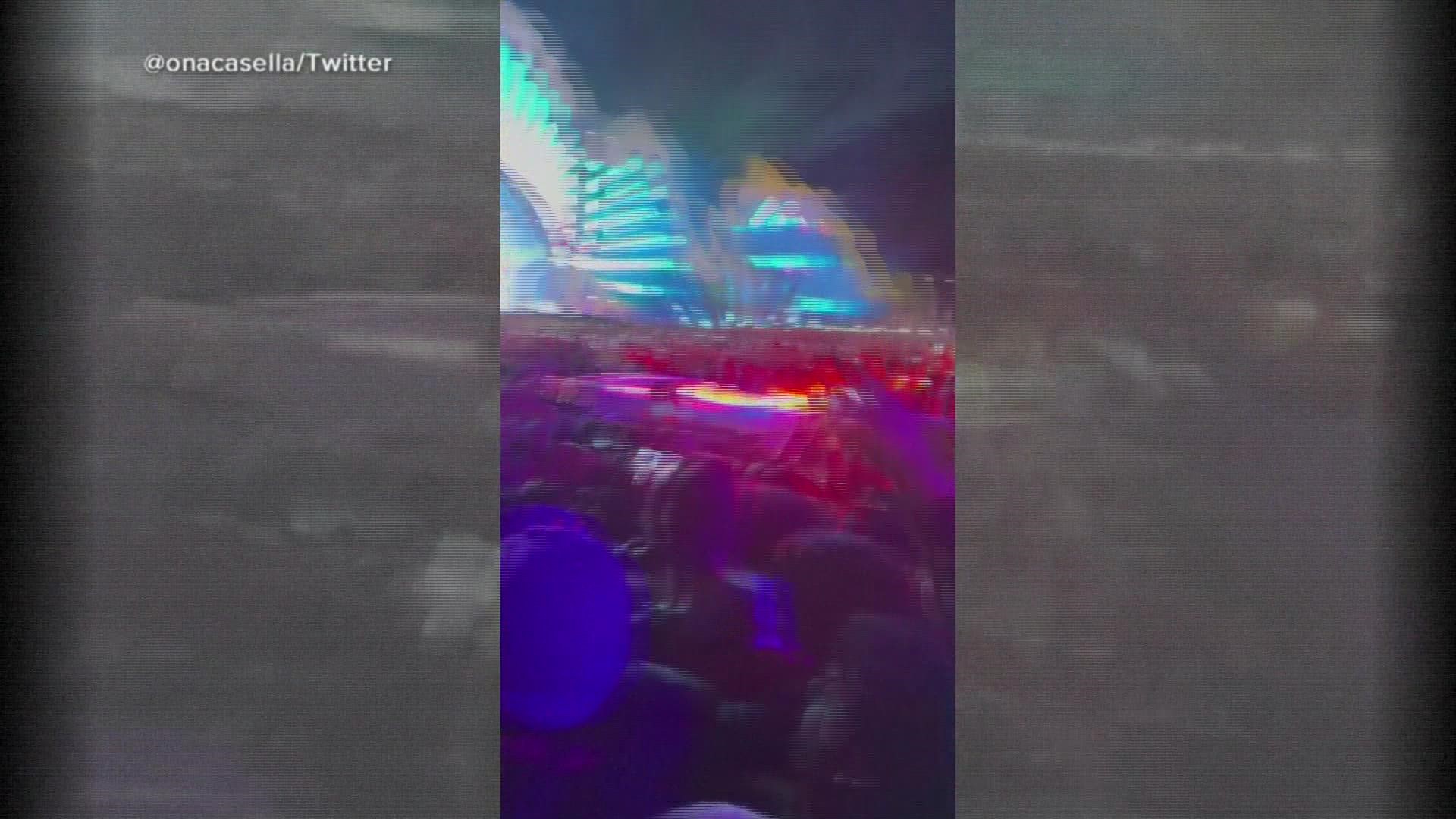 HOUSTON — Warning: Some of the following videos may be difficult to watch and contain profanity

Authorities are still investigating how a mass chaos situation led to eight deaths and dozens of injuries at the Astroworld festival in Houston on Friday night.

But overnight, videos flooded social media with fans describing and showing the chaos that erupted within the crowd as Travis Scott performed.

Security/staff at Astrofest tonight was practically useless. Saw unconscious bodies being DRAGGED out of the mosh pits while the show continued. Horrifying and heartbreaking.

Vid: A girl is begging staff to do something to stop the show because she saw somebody die, is ignored. pic.twitter.com/6ncJeXqs8c

People called for help, while others jumped on emergency vehicles who were responding to fans in the crowd, all while the music continued to play at the massive festival.

A live stream of the concert on Apple Music showed Scott stopping the performance several times when he spotted fans in distress in the crowd.

"We need somebody's help, somebody passed out right here," Scott said on one clip.

When he saw an ambulance in the crowd, he stopped the performance and said, "What is that?"

Another video showed Scott singing as first responders carried an unconscious person out of the crowd, though it was unclear if Scott could see what was unfolding in the crowd.

In a statement Saturday morning, Scott said he was "absolutely devastated" by what happened Friday night.

"Houston PD has my total support as they continue to look into the tragic loss of life," Scott tweeted. "I am committed to working together with the Houston community to heal and support the families in need."

Fans urged and pleaded with Travis Scott to stop the #ASTROFEST show amid the mass casualty event. He continues to sing. pic.twitter.com/xsBdX2Ew3x

Footage captured at Astroworld during Travis Scott's performance shows fan jumping onto ambulance that was inside the crowd attending trampled victims & dancing on top of it. #ASTROWORLDFest #AstroWorld #astroworldfestival #ASTROFEST #TravisScott pic.twitter.com/4umI9AjwDJ

Another video- #Disturbing video shows people #jumping on top of the police personal cars while they were trying to get #unconscious people out of the #crowd.#Houston #ASTROWORLDFest #TravisScott #AstroWorld #music #festival #Houston#KHOU11 pic.twitter.com/tubnfQIVPS

According to Houston Fire Chief Samuel Peña, at around 9 p.m. or 9:15 p.m., the crowd pushed near the front of the stage. Some people started passing out and others started to panic. Hundreds of people were treated on festival grounds. Others were transported to hospitals, including 11 individuals who Peña said were suffering cardiac arrest.

Three friends from out of state told KHOU they witnessed the chaos.

Stephen Gutierrez, who came from New York for the show, was in the thick of the crowd.

“I witnessed someone unconscious, struggling to get him out like his friends were trying to get him out and just people weren’t caring enough to make a path,” he said. "I’m a 400-pound guy.  I jumped in because that’s just my instinct, and I just made a path for him.”

Footage from the scene showed dozens of emergency vehicles responding to the concert, as thousands of concert-goers left the area. 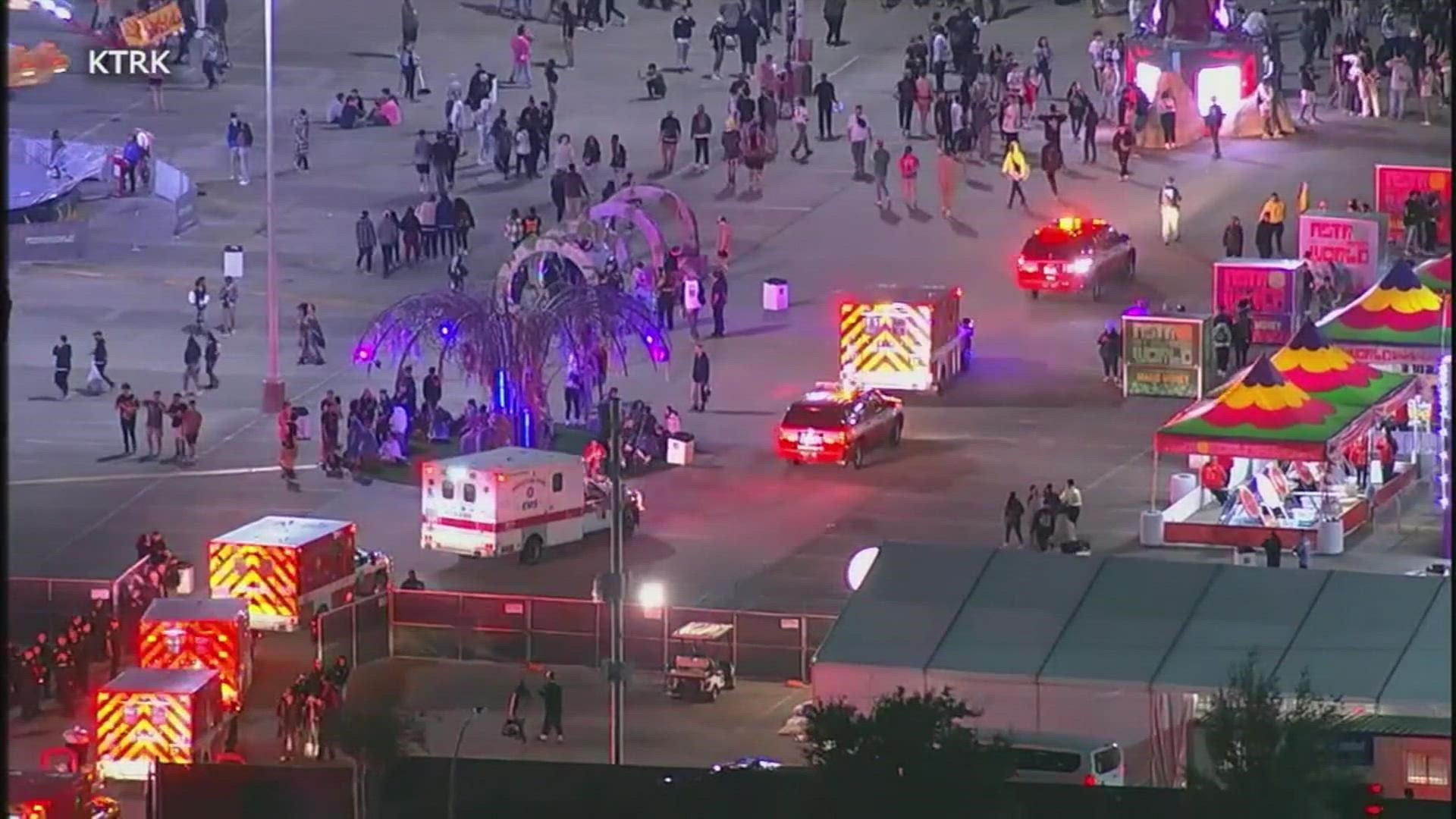 Earlier in the day, a video posted to Twitter showed concert-goers stampeding the entrance to Astroworld as they arrived, apparently smashing a fence.

An estimated 50,000 people were attending the concert Friday night, according to Houston Mayor Sylvester Turner, who called the event a tragedy.

"Today, law enforcement will speak with concert promoters and witnesses and review videos available from the event and inside the festival venue," Turner said.

Gov. Greg Abbott released a statement, saying "our hearts are with those who lost their lives and those who were injured in the terrifying crowd surge."

"The State of Texas is ready assist in the response, and I have directed the Texas Department of Public Safety to make state resources available to support the investigation," Abbott said. 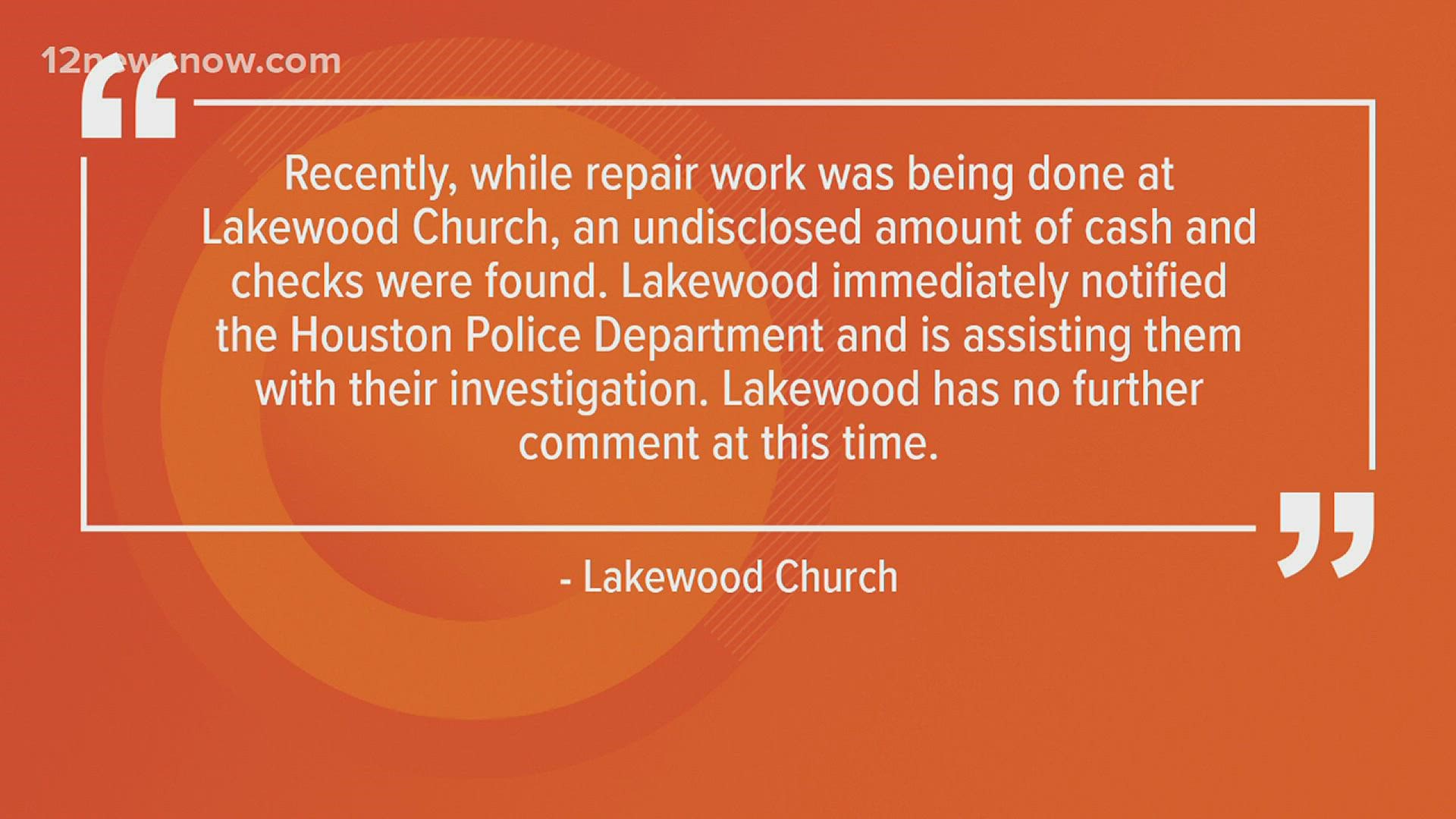