As Texas thaws out from the artic blast, damage from the storm will remain an issue for San Antonians. Here's what most insurance plans cover, and don't. 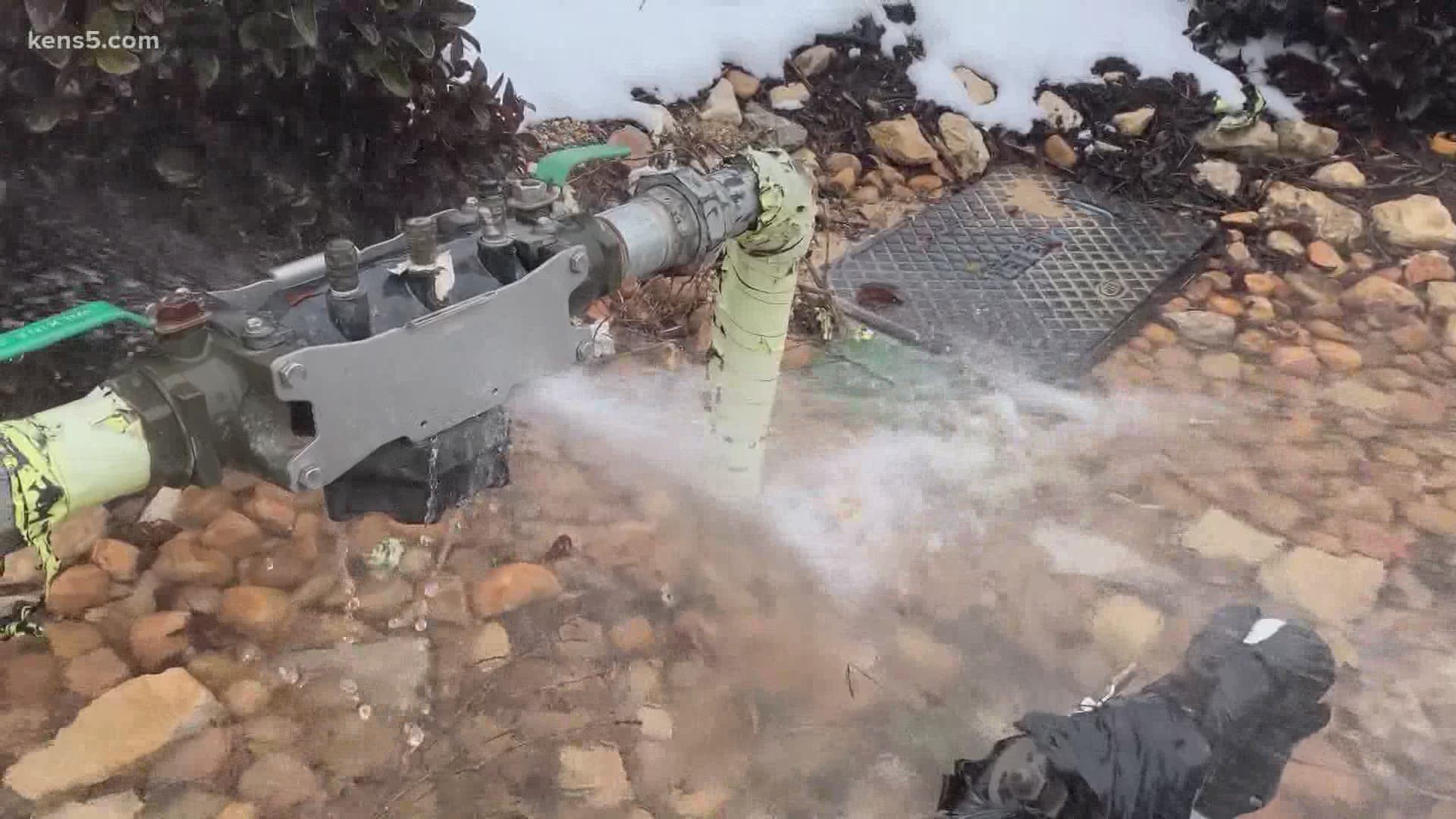 SAN ANTONIO — As Texas thaws out from the artic blast, pipe problems will remain an issue for San Antonians. Experts explain policy details, how to further protect your home and why coverage may be complicated.

Thursday, San Antonio Water System president and CEO, Robert Puente, shared with city and county leaders that an estimated 100 thousand pipe leaks occurred across San Antonio. As the stretch of freezing temperatures ends by the weekend, residents will still be dealing with pipe issues. LendingTree, a company that connects consumers with lenders, shared what insurance coverage will be for busted pipes, flooding, roof collapses, and ways renters are protected.

A: Homeowners insurance does cover damage from busted pipes. The protection homeowners have is usually two-fold: first, insurers commonly explicitly cover damage that's caused by burst or ruptured pipes. Secondly, many policies reference power failures to say that as long as an offsite failure results in covered damages to property, the insurer will cover the loss. Water would be such a covered condition if it caused the pipes to burst.

Q: Why is the situation complicated in Texas?

A: Insurers do not cover damages that were caused by plumbing freezes unless the claimant took reasonable steps — like maintaining heat and turning off one's water — to prevent the situation from worsening.

“I’m sure there’s going to be litigation after this. With the insurance companies trying to define alongside the policyholder, what that reasonable action looks like,” said Andrew Hurst, LendingTree insurance expert. “The silver lining is that millions of people are going through the same thing. If your home suffers damage, you lose some property, chances are many Texans are experiencing the same thing. That means the insurance providers are going to have a protocol in place right now. This is not going to be a unique case.”

Q: Will backed up water pose a problem?

A: People also might experience problems if the water damage in their homes resulted from drain seepage or a sink backup. Without an endorsement — or add-on — for this type of damage, most providers explicitly exclude this type of damage from coverage.

Q: What if there is flooding in my home?

A: Damage from flood water, including excess ground water, isn't coverable by a regular homeowners or renters insurance policy. A homeowner would need a separate flood insurance policy to claim damage on the effects of melting snow, for instance, discharging back into the home.

Q: What if my roof collapses?

A: Homeowners should be okay. Homeowners insurance does cover accidents if a policyholder's roof collapses. One reason that insurers may deny a claim would be if a claimant knew about structural decay or damage in the home prior to collapse. For example, if they were putting off repairs of a leaky roof or a defect that they otherwise found a way to live with. Under these circumstances, a policyholder might have a much harder time.

Q: What if I'm renting my home?

A: If you have renters insurance, then your policy should cover water damages to your personal belongings from burst pipes, but if damages are caused by water backing up in a sump pump or drain you won't be covered unless you have purchased additional coverage for that. Additionally, f a flood policy is still required to repair the damage stemming from seeping ground-water (like from melted snow) Renters do not need to worry about the damage to their home as that should be covered by their landlords' insurance.