A gunman opened fire inside the First Baptist Church in Sutherland Springs, Texas Sunday, killing and injuring multiple people, authorities said. A law enforcement official told The Associated Press that more than two dozen people were killed in the shooting

SUTHERLAND SPRINGS, Texas - Twenty-six people were killed and multiple others were injured in a shooting at a church near San Antonio on Sunday.

According to authorities, a man in his 20's opened fire on the congregation at the First Baptist Church in Sutherland Springs during Sunday service.

The man has been identified as 26-year-old Devin Patrick Kelley. He was found deceased inside a vehicle after the shooting.

During a press conference held Sunday evening, authorities said witnesses saw Kelley leave a gas station and walk to the church where he opened fire outside the building.

Witnesses told officers, Kelley then went inside the building and opened fire again before exiting and opening fire a third time.

Outside the building, a local citizen who was armed with a rifle shot at Kelley. At this time, the citizen said Kelley dropped his weapon and fled the scene in a vehicle. He was found deceased by authorities not long after.

It is unclear if Kelley died from a self-inflicted gunshot wound or from being shot by the local citizen.

Officials said he used an AR-15 style rifle in the attack. He was dressed in all black tactical gear, including a bullet-proof vest. Multiple weapons were found inside his vehicle.

The ages of the deceased victims range from 5 years old to 72 years old. The number of injured victims is unknown at this time.

A motive for the shooting is also unclear.

"We still don't know much about what happened, other than this guy came in around 11:15 a.m. and started shooting everybody in the church," Texas Attorney General Ken Paxton said on CBSN.

The wife of the pastor of the church says the couple's 14-year-old daughter was among those killed in the shooting.

Sherri Pomeroy, wife of Pastor Frank Pomeroy, said in a text message that she lost her daughter "and many friends" in the Sunday shooting.

The text came in response to an interview request sent by The Associated Press to a phone number linked in online records to Frank Pomeroy.

Sherri Pomeroy says both she and her husband were out of town and trying to get back to Sutherland Springs, outside of San Antonio.

“We lost our 14 year old daughter today and many friends,” she wrote. “Neither of us have made it back into town yet to personally see the devastation. I am at the Charlotte airport trying to get home as soon as I can.”

Authorities are working to gather more details on a possible motive. CBS News reports Kelley was a former U.S. Air Force member who served from 2010 to 2014. He received a dishonorable discharge and was court martialed in May 2014.

Officials held a press conference on the shooting Sunday evening. Watch it here on Facebook or in the video below. 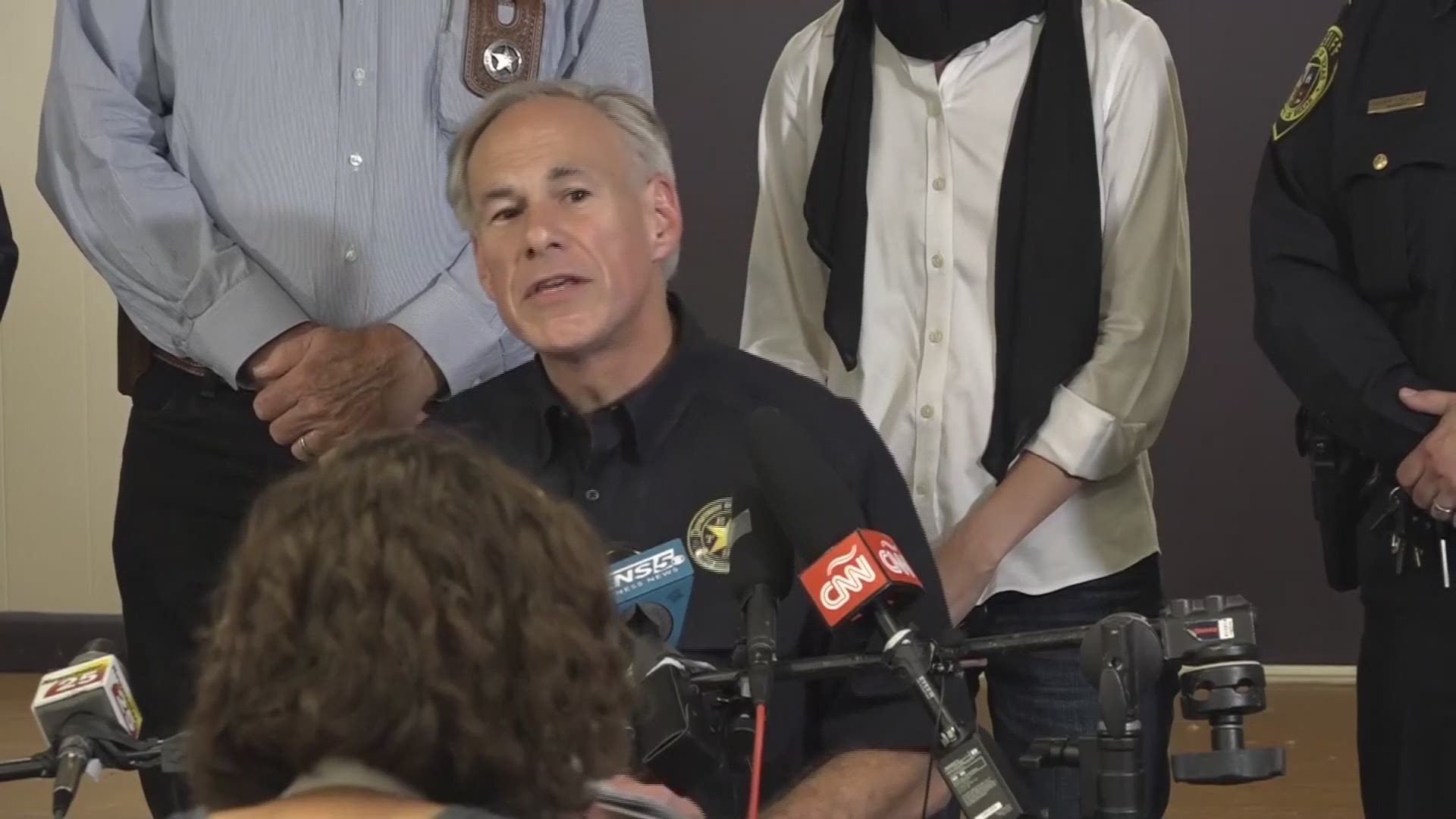 Dana Fletcher, a business owner in the area, told CBS News she saw a "ton" of sheriff's vehicles and ambulances racing down the road. She said she doesn't know what happened but said there was heavy police presence and people were being airlifted from the scene.

Video from KENS showed first responders at the scene, located about 30 miles southeast of San Antonio.

Special agents with the Bureau of Alcohol, Tobacco, Firearms and Explosives said they were responding to the shooting.

The FBI will be offering evidence recovery, offering to check through databases to see whether this person has any connections to international terror to see if its a terrorist event or a domestic situation, Milton reports. She says officials looking into it but they don't know the motivation at this point.

President Trump said on Twitter that he is monitoring the situation from Japan.

"May God be w/ the people of Sutherland Springs, Texas. The FBI & law enforcement are on the scene. I am monitoring the situation from Japan," Mr. Trump tweeted Sunday.

May God be w/ the people of Sutherland Springs, Texas. The FBI & law enforcement are on the scene. I am monitoring the situation from Japan.

Texas Gov. Greg Abbott tweeted his condolences to those affected in the incident.

Our prayers are with all who were harmed by this evil act. Our thanks to law enforcement for their response. More details from DPS soon. https://t.co/KMCRmOPkiM

"Our prayers are with all who were harmed by this evil act. Our thanks to law enforcement for their response. More details from DPS soon," Abbott tweeted Sunday.

This is a developing story and will be updated. 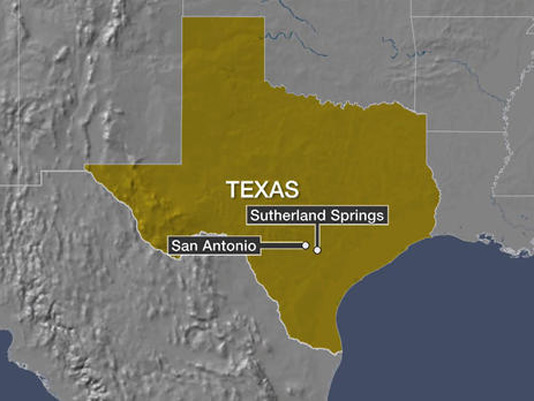