With new legislation that went into effect on September 1, more people may have access to medicinal marijuana. 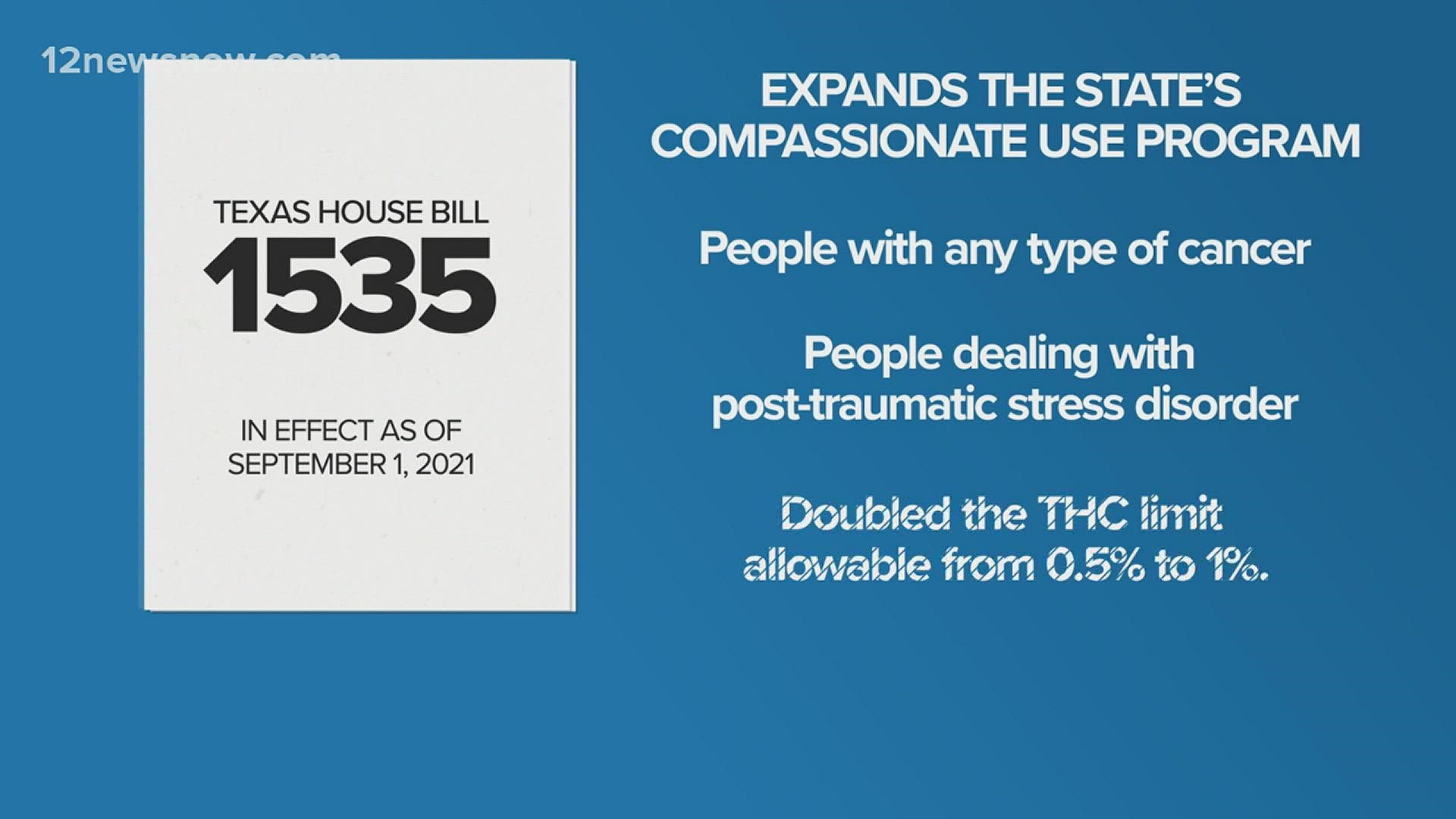 BEAUMONT, Texas — The view on marijuana is changing. Medical experts and consumers are seeing through the smoke to understand the benefits.

Medical professionals are always looking for their next big breakthrough, and some believe they have found one in medicinal marijuana.

With new legislation that went into effect on September 1, more people may have access to it.

Texas remains one of the most restrictive states in the country when it comes to marijuana, but both doctors and business owners are starting to see a shift.

"As more and more states are loosening their restrictions on medical marijuana, I think it's overall going to be beneficial for our patients, especially those in chronic pain," said Dr. Mohammad Siddiqui, a pulmonologist with the Diagnostic Group Beaumont.

A business here in Southeast Texas is having plenty of success while customers reap those benefits.

"Not only is it changing, but it's being accepted," said Toyice Garrett, co-owner of Cloud Ponics.

Cloud Ponics is a marijuana dispensary that now has four locations across Southeast Texas.

"It's kind of like Coca-Cola. Why would I tell you how to make it," Garrett said.

Garrett has seen a new law, and she said it's only a small step.

"People say ‘Oh it's illegal.’ It’s not, but what we need is more legislation that covers it so that we can have not just the legislation, but we need the regulation," Garrett said.

Garrett said she hears stories on how medical marijuana has changed people's lives every day.

"Her mother cannot move around without our pain cream,” Garrett said. “She got out of bed, and this lady came back to me and cried and explained that this has never happened in the past ten years."

Saddiqui pointed out that marijuana is harmful to the lungs when smoked, but other methods of ingesting it can be healthier.

He hopes restrictions continue to be lifted so more research can be done into potential benefits from marijuana.