Greg Abbott signed an executive order during his visit to the Basin protecting the oil and gas industry from federal action that threatens the energy industry. 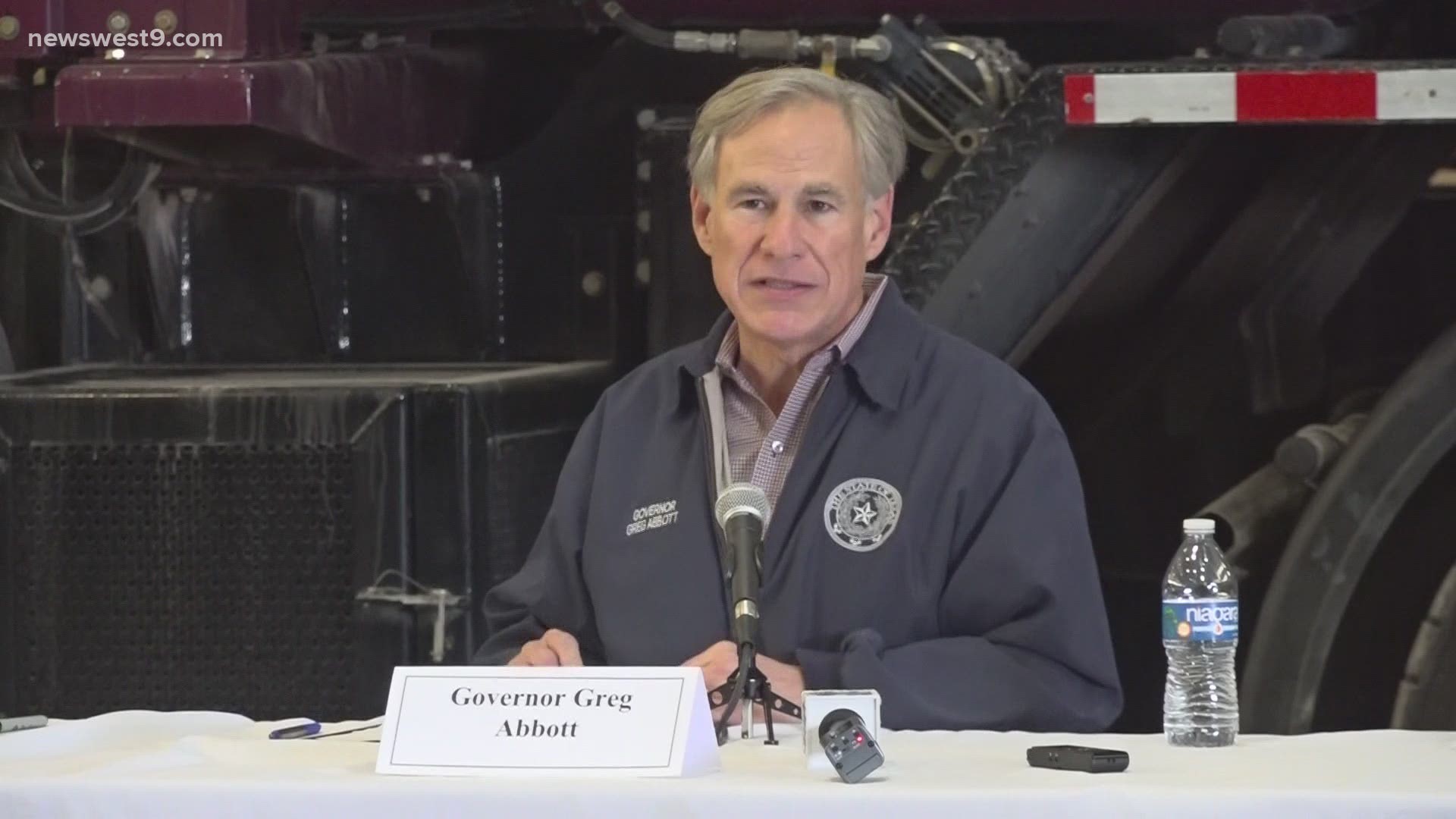 ODESSA, Texas — Texas governor Greg Abbott made a promise during his visit to the Permian Basin on January 28. That promise is to fight to protect an industry that's crucial to the west Texas economy. Abbott solidified that promise by signing an executive order that will protect the oil and gas industry from federal action that threatens the energy industry.

"I have with me an executive order that I’m about to sign that will direct every state agency to use all lawful powers and tools to challenge any federal action that threatens the strength and vitality or the independence of the energy industry in Texas," Abbott said.

Abbott vowed to do everything he can to prevent further fallout in the oil and gas industry that has taken several hits over the last year.

Abbott's promise comes on the heels of another executive order from President Joe Biden which put a pause on new drilling permits on federal lands.

All of this is a fight that Abbott is ready for and was the sole reason for his visit.

"We’re here for a singular purpose today. I am in Midland to make clear that Texas is going to protect the oil and gas industry from any type of hostile attack launched from Washington D.C.," Abbott said.

"President Biden’s embrace of the green new deal is a job killer in Texas. It also takes a wrecking ball to the energy independence that Texas has been able to provide to the United States of America," Abbott said.

However, Abbott's executive order reaches beyond just threats from the federal government.

"It’s not just the federal government that is threatening the energy sector. Local governments around the country and maybe even some here in Texas are acting to derail the oil and gas industry and raise energy costs for families," Abbott said.

Abbott is not willing to compromise on that issue. Abbott said that he fought the Obama administration's restrictions as attorney general, and he's prepared to do it again.

Abbott said that he believes that the energy industry is a crucial industry for the entire country and that added restrictions will only do more hard than good.