The Southeast Texas representative was on the house floor amid the chaos when a pro-Trump mob started invading the US Capitol. 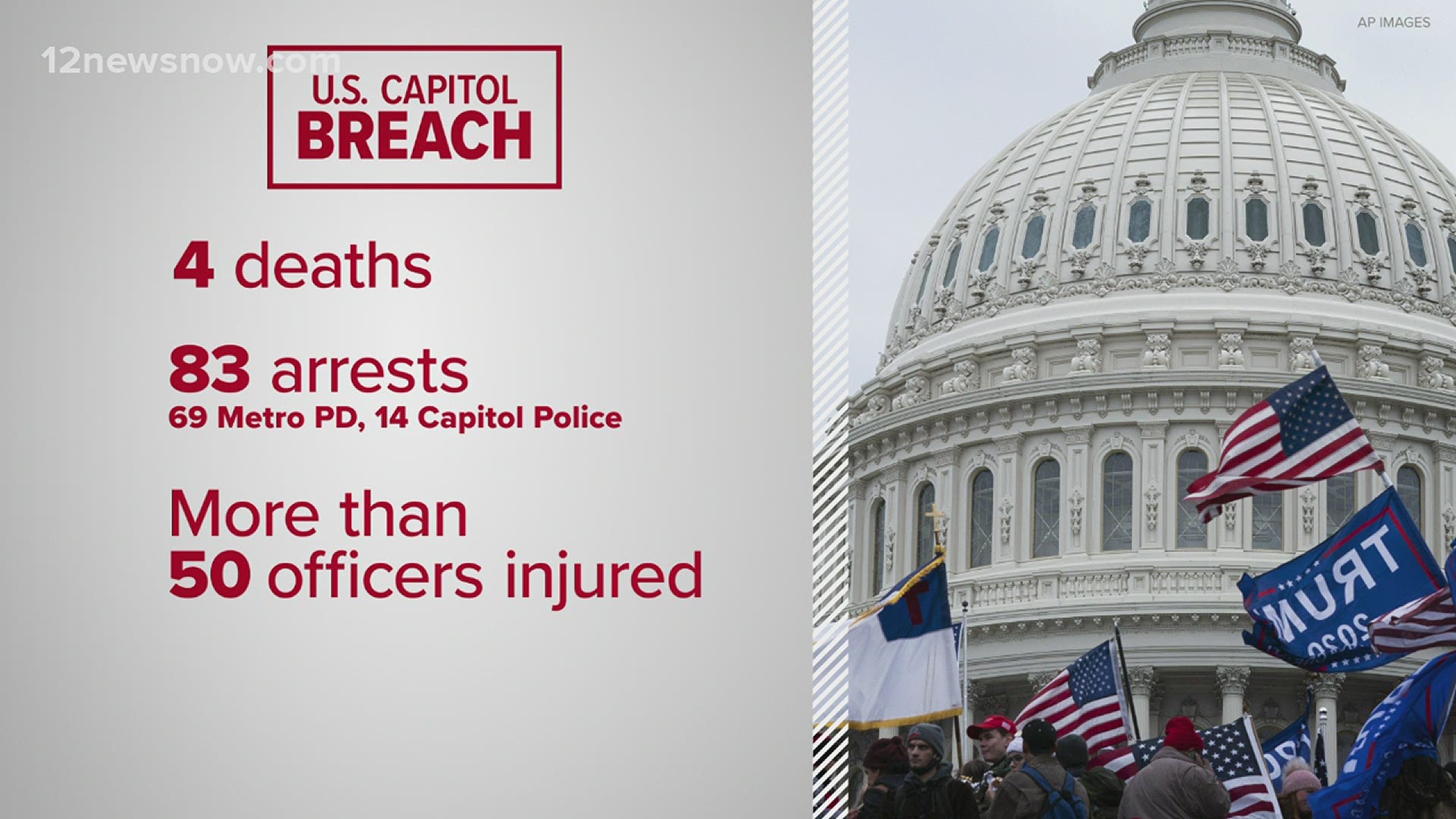 BEAUMONT, Texas — Some Texas lawmakers are responding to critics who have said President Donald Trump should be held responsible for inciting the rioters who invaded the US capitol Wednesday afternoon.

Congressman Randy Weber (R) Texas, District 14 was on the house floor amid the chaos when a pro-Trump mob started invading the US Capitol.

"I was sitting on the floor of the house and all H-E-double was breaking loose, and it appeared that the protesters were going to get into the House Chamber, and the police were doing everything they could to barricade the doors and protect all the members until finally they ushered us all out and down a hall and into kind of a secret hiding place," Weber said.

Now that the dust has settled, Weber has had time to think about how we got here.

He said he believes the events that transpired Wednesday were deeply rooted. Weber said the riot was a tipping point after four years of pushback on the president and his policies.

Weber is standing by the president, saying he believes Wednesday’s events were caused by an isolated group of individuals.

"I think you're going to see it come out that most of it was not instigated by Trump supporters per say, but by some of the outside violent terrorist groups," Weber said.

And as he stands by the president, he is also standing by his original decision to challenge the 2020 election results.

He said the invasion wasn't politically motivated, but it was an effort to stand up for the Constitution.

Weber believes Democrats bypassed the Constitution and changed election laws in the six key battleground states to try and tip the election in their favor.

RELATED: VERIFY: Fact-checking claims made by 'stop the steal' groups

"Them going around their state legislative processes as the Constitution lays out on election laws diluted the vote for the electoral college for the other states," Weber said.

Weber also says the practice of the politics of self-destruction have to stop, and both Democrats and Republicans need to aim for diplomacy moving forward.

1 / 21
AP
Police with guns drawn watch as protesters try to break into the House Chamber at the U.S. Capitol on Wednesday, Jan. 6, 2021, in Washington. (AP Photo/J. Scott Applewhite)