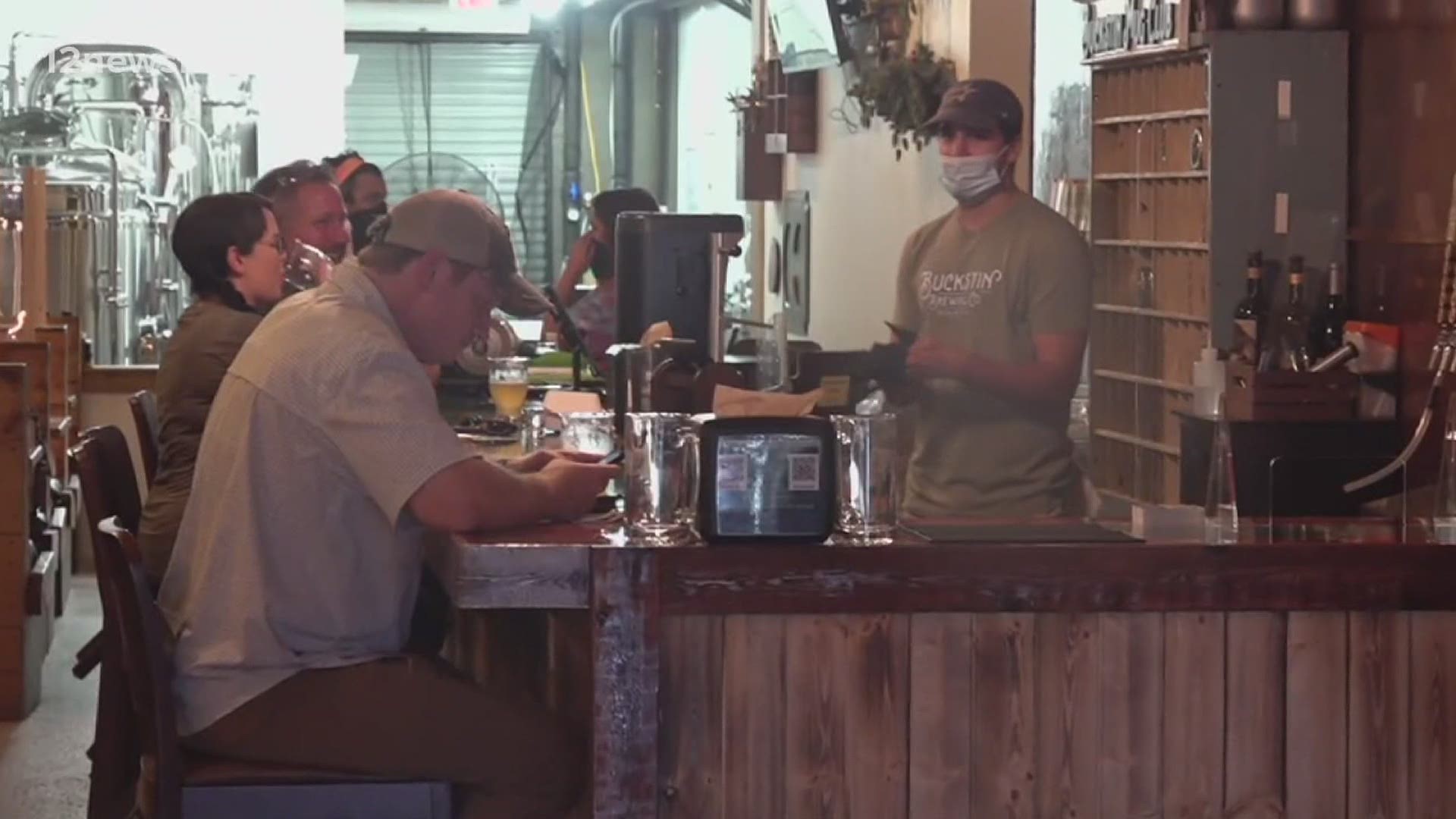 BEAUMONT, Texas — It's been months since customers have been able to go inside Mackenzie's Pub on Dowlen Road.

Thursday, they were able to reopen as a restaurant thanks to a new license from the state.

Owner Traci Gates didn't know it was an option.

"No clue," Gates said. "No clue that that was even possible."

On Thursday, Gov. Greg Abbott announced that restaurants are able to begin operating at 75% capacity. They'll be able to make the move from 50% starting on Monday.

"So I'm super excited about that, but it's going really well so far, knock on wood," Gates said.

For bars and breweries, the future is foggy.

Late Thursday, the Texas Bar and Nightclub Alliance released a statement saying "Governor Abbott's actions today are unacceptable. At his hand alone, bar owners are having their livelihoods destroyed and are losing everything without being given a chance at reopening in a safe and responsible manner."

Tonight’s the night!!! We can’t wait to see everyone!! We have been working hard and have some surprises in store for...

Bars that can prove 51% of their proceeds come from food can apply for a new license to operate as a restaurant.

Emily Knight is the president and CEO of the Texas Restaurant Association.

"If they do get that approval to operate as a restaurant, they have to follow 100% of the restaurant operation protocols," Knight said.

In a virtual press conference, she said the governor's announcement was a step in the right direction for restaurants.

"It's no exaggeration to say that the next few weeks will make all the difference between tens of thousands of businesses surviving the economic fallout or being forced to close their doors forever," Knight said.

At Mackenzie's in Beaumont, they're just excited to have people back in the seats, and live music in the air.