The bluebonnet season in Central Texas typically peaks in early to mid-April. 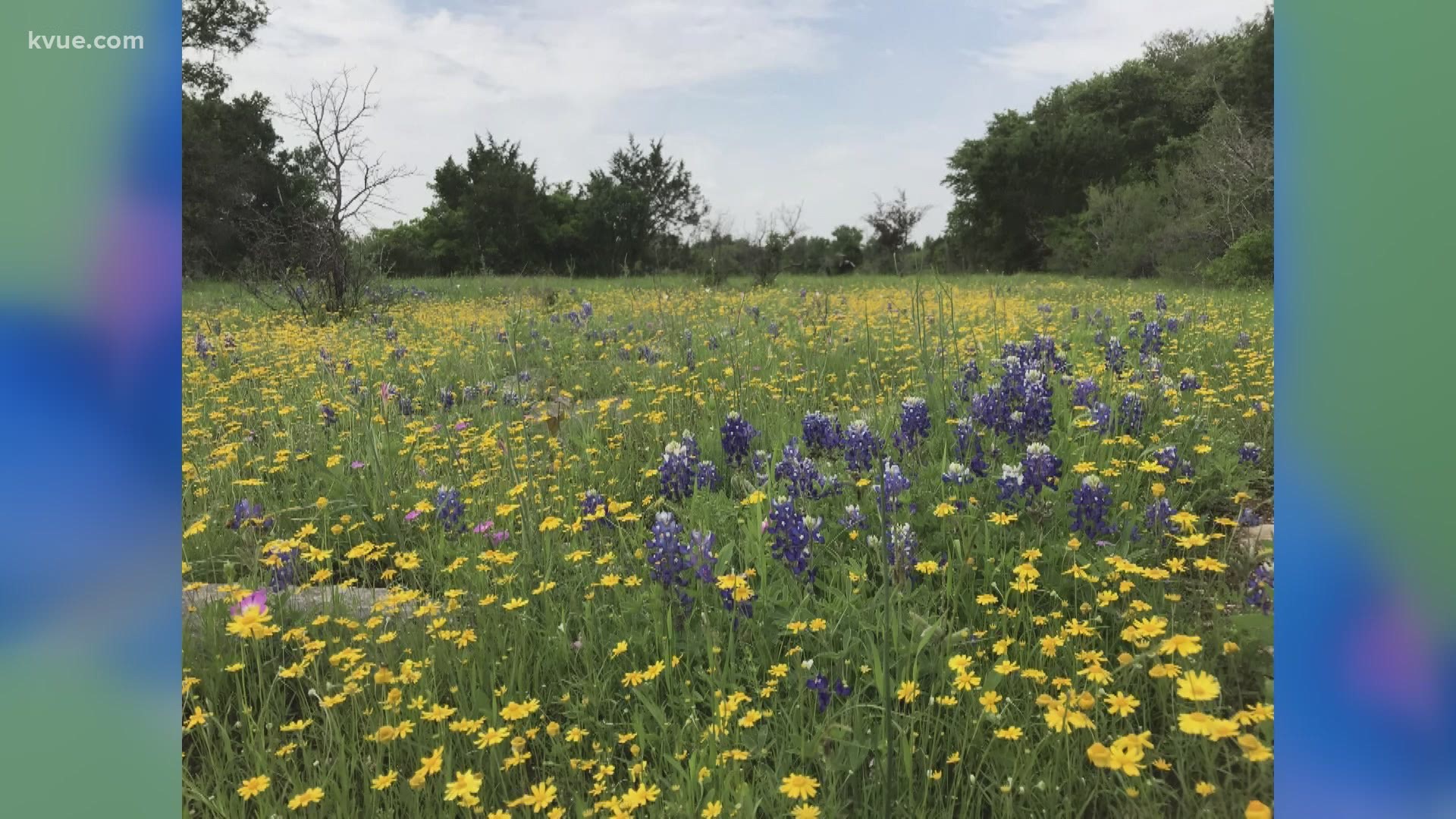 AUSTIN, Texas — Experts at the Lady Bird Johnson Wildflower Center said even though Texas had unusual winter storms in February, the spring wildflower season is still on track.

“Our Texas bluebonnets (Lupinus texensis) and many other native wildflowers are adapted to cold temperatures,” Director of Horticulture Andrea DeLong-Amaya said in a press release, "and the 6 to 8 inches of snow the area received acted as a blanket to protect them against the many days of freezing temperatures."

DeLong-Amaya said the cold weather will likely cause bluebonnets "to bloom more in line with their regular schedule in early March." The bluebonnet season in Central Texas typically peaks in early to mid-April.

The Lady Bird Johnson Wildflower Center expects the first round of post-storm bloom to "be making a debut any day now in Central Texas."

According to the Lady Bird Johnson Wildflower Center, the winter weather impacted some native plants in Central Texas, but many wildflowers will bloom as usual.

However, other plants that bloom early, like redbuds, Texas mountain laurel and native plums might have lost their buds during the icy weather. Experts said these species might not bloom in the Hill Country this year. The early blooming Carolina jessamine vine also suffered ice-burned foliage and might not have as much of a presence in Central Texas this season.

More COVID-19 vaccines wasted by Austin providers than any other Texas city, except Houston

List: Businesses in Austin that are still requiring masks