For the first month, the club will have open enrollment. After that those seeking membership will have to be referred by a member, and approved by the board. 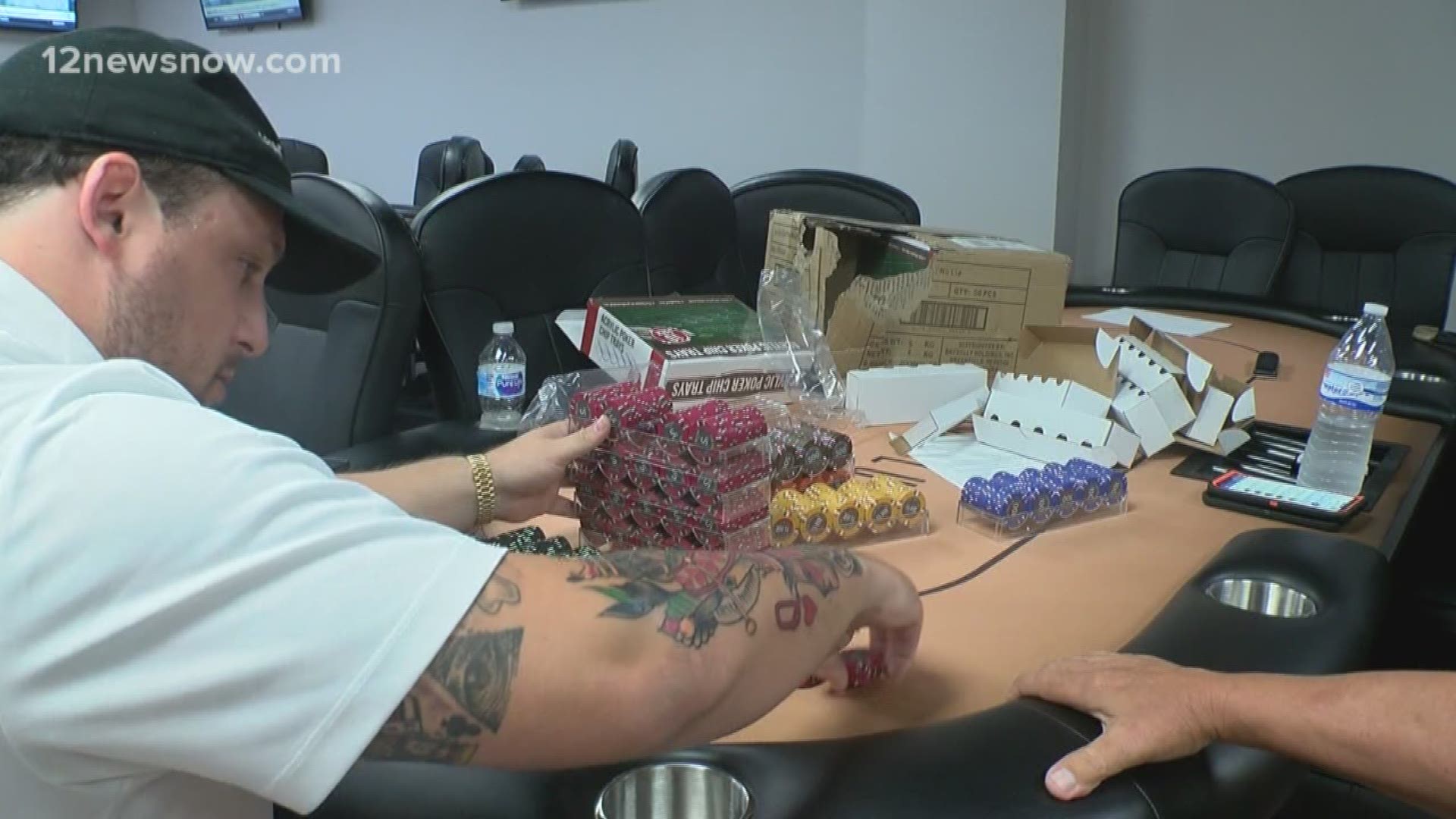 BEAUMONT — Texas Poker Club is set to open their doors on August 3rd. Gambling is illegal in Texas, but club owners have found a way around this.

As club co-owner Nino Natale of Canton, Ohio explains, the clubs aren't profiting off the game itself. He said essentially, they just provide the tables and chairs.

While casinos and illegal backroom games take a rake, (a term used for pulling money out of every pot) these clubs charge a membership and hourly fee to play. Since the club is private they're able to control membership and keep the club safe.

"In some illegal games the 'house' takes between $10 and $20 per hand. Not only is our club safer, but it's much cheaper for players to enjoy the game of poker," said Natale.

Membership fees range from a $10 daily membership to a $1,500 lifetime membership. They also charge an hourly fee for a seat at the table.

For the first month, the club will have open enrollment. After that those seeking membership will have to be referred by a member, and approved by the board.

"The amount of pride and love I have for this city is second to none, and as someone who loves poker, opening this business in my hometown is a dream come true," said Helveson.

Helveson said they've gotten all the approval they need to open their doors, all they have left is a few finishing touches.

Gambling laws are enforced in different ways across Texas, making it a bit of a legal gray area. The law does maintain that an "organizer" can't take money from the pot.

The gray area lies within the profit made from time-based fees, not included in the pot. It's unclear if these clubs are able to profit from these fees or not.

Texas Attorney General Ken Paxton and his team are still trying to figure out where the poker rooms fit into Texas law.

However, unless lawmakers are able to find these poker rooms to be illegal, they're safe for now here in Texas.