These Texas and Florida cities are mandating masks despite statewide bans

A city and several counties in Florida are mandating masks for city employees. 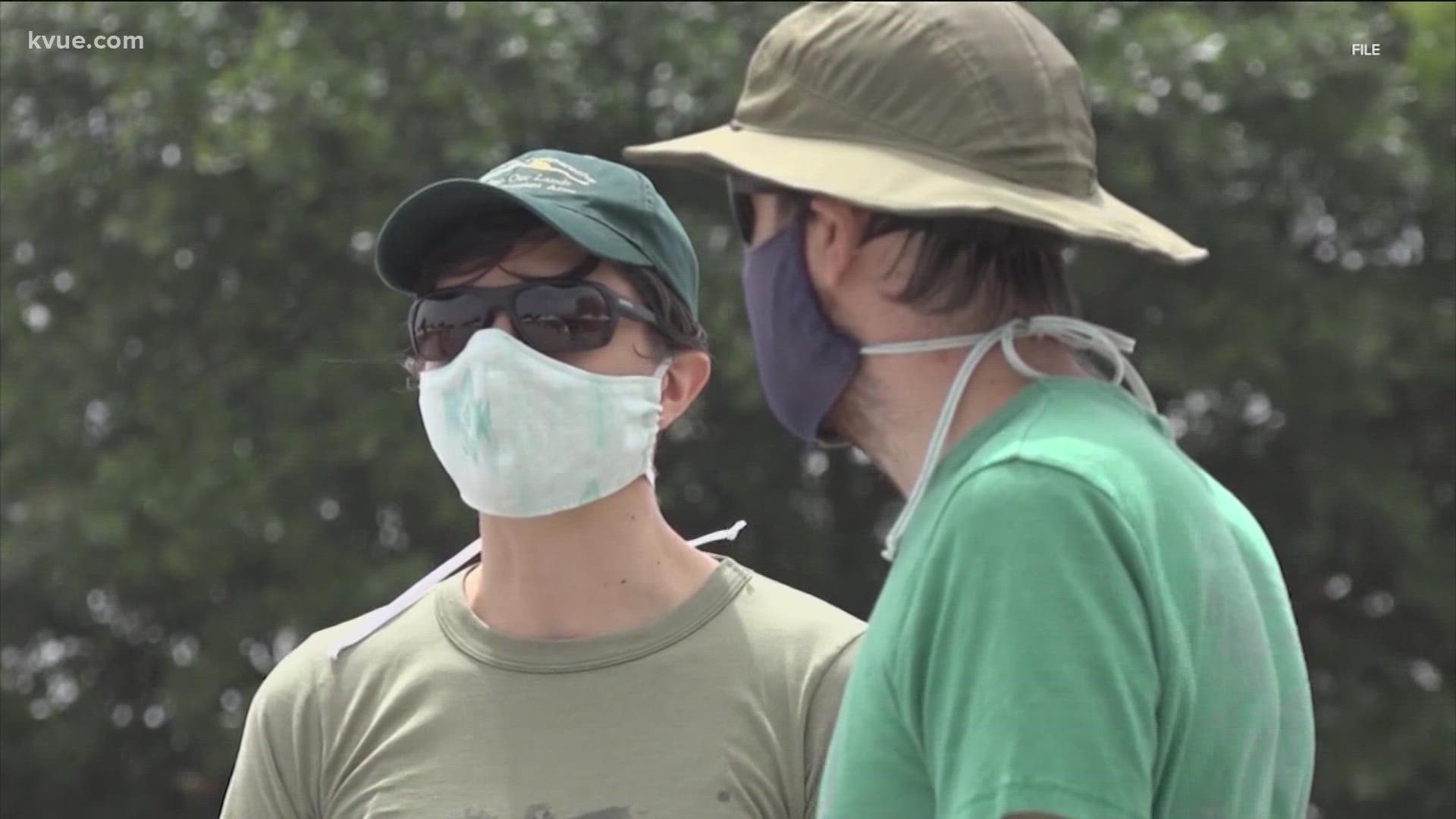 TEXAS, USA — Despite an order from the governor of Texas, Houston became the first city to issue a mask mandate for city employees. The mandate is effective Wednesday, Aug. 4.

Houston Mayor Sylvester Turner said employees are not required to wear a mask if they are alone in their office or cubicle if it is six feet away from the next cubicle or work area. There will also be exemptions for health and religious reasons.

KHOU reported the mandate is for City of Houston employees only, because the mayor cannot mandate masks for residents, per Gov. Greg Abbott's executive order.

Abbott's order issued on July 29 restricts any state or local agency and any public or private entity that is receiving or will receive public funds through any means from mandating masks or requiring proof of vaccination. Any government entity or official that defies the order is subject to a fine of up to $1,000.

When reached for comment, the City of Austin provided the following statement:

“Masking is recommended for all employees and many are following that recommendation. We are certainly watching what is happening in Houston and other large cities closely to see what is working and what we can implement here in Austin."

Florida Gov. Ron DeSantis has also restricted local governments from imposing mask orders. However, according to Forbes, the City of Palm Beach and the counties for Miami, Fort Lauderdale and Orlando are requiring masks inside local government buildings.

Texas and Florida accounted for one-third of all coronavirus cases in the nation in the last week.

Other cities around the U.S., although not seeing surges at the level of Texas and Florida, are also mandating masks. San Francisco and six other Bay Area counties announced Monday that they are reinstating a mask mandate for all indoor public settings, The Associated Press reported. The mayor of Atlanta signed an executive order last week requiring people to wear masks indoors, including inside private businesses.

Ohio man who allegedly groped, assaulted flight attendants is duct-taped to his seat by passengers