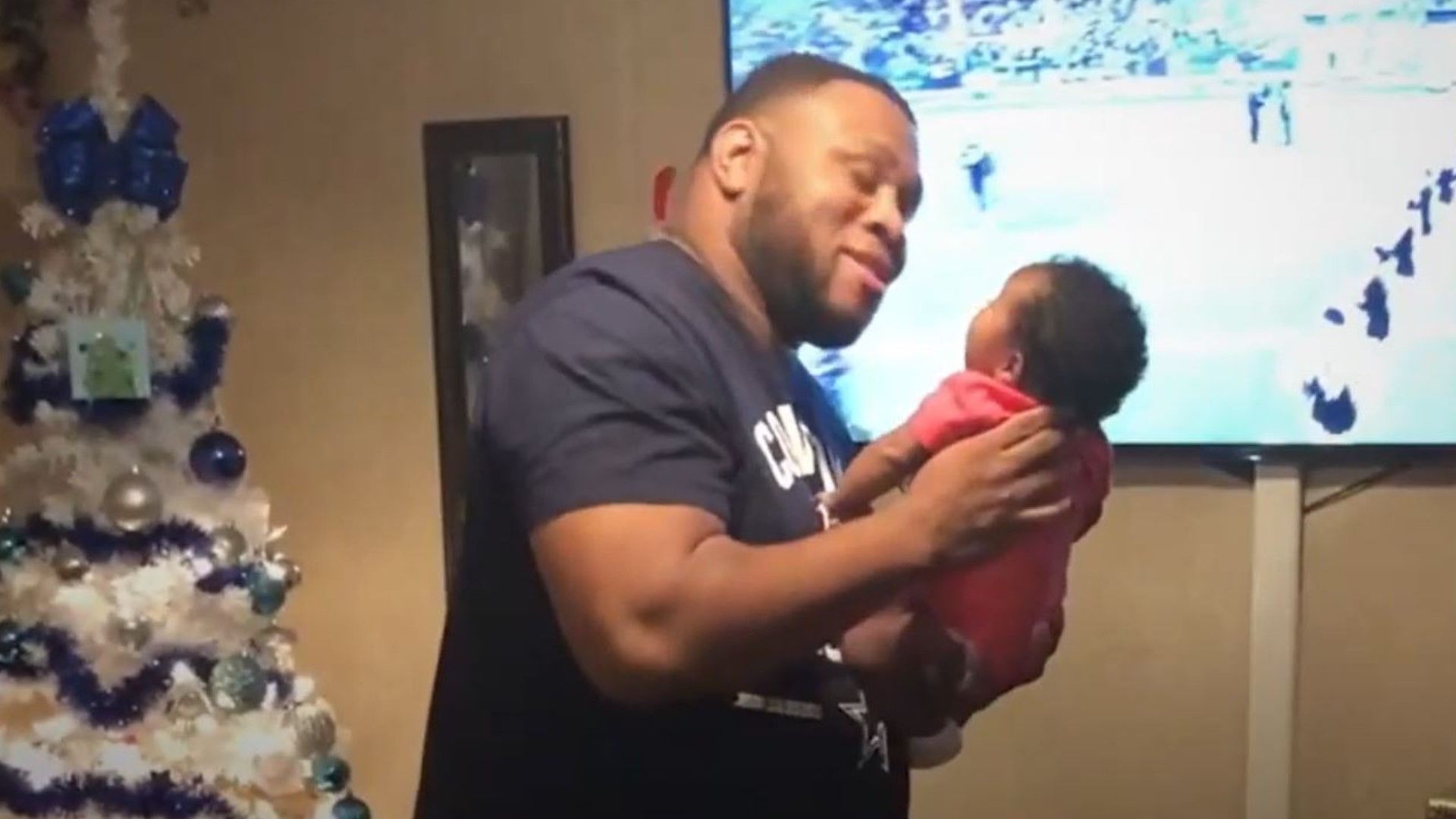 The Texas prison system continues to lead the country in COVID-19 infection rates and prisoner deaths, but there’s another crisis unfolding as families of prison employees who have died are unable to get critical first-responder benefits.

So far, 23 Texas correctional officers have died from COVID-19. Eric Johnson is one of them.

The 37-year-old is survived by his wife, Charity, and four children in Madisonville, Texas.

“It really has taken a toll on her and her kids,” said Johnson's cousin, Shemeka Morning. “Charity misses her husband. All the kids miss him.”

Credit: WFAA
Eric Johnson is survived by his wife Charity and their four children.

Johnson’s family say their grief is compounded by their struggle to get benefits that they say are due them.

Although the Texas Department of Criminal Justice reported Johnson’s death as being in the line of duty, the state Office of Risk Management has denied his family’s workers’ compensation claim.

In a letter denying the claim, the agency said it was “currently unable to accept this claim as a compensable injury that occurred in the course and scope of employment.” Johnson’s widow is appealing the denial.

“Eric was a veteran officer – that's the thanks he gets for putting his life on the line all these years,” Morning said. “It doesn't make sense to me. He was only going to work and home. We know that he was around positive offenders at TDCJ.”

The family of correctional officer Elizabeth Jones, 58, of Texas City, is also waiting for help.

Credit: WFAA
Elizabeth Jones, 58, died of COVID-19 while working as a prison correctional officer. Her family also as been denied state benefits.

Her family says she was directly overseeing prisoners sick with COVID-19 at the Carole Young Unit in Texas City.

“She was afraid of getting it and she knew that she was in a position that she was most likely to get it,” said her sister, Sandra Hightower.

Jones died of COVID-19 over the summer after spending about two weeks in the hospital.

Across the state, dozens of families of first responders are facing a similar bureaucratic maze. Those who survive the virus have also gotten denied benefits, but it’s the families of those who have died who face complete loss of income.

The Combined Law Enforcement Associations of Texas, or CLEAT, the state’s largest law enforcement association, blames Gov. Greg Abbott for not acting. They’ve asked Abbott to sign an executive order that would presume first responders who died of COVID-19 contracted it on the job and make it easier for their survivors to get critical benefits.

CLEAT officials cited one case where the window of a law enforcement officer was initially denied workers’ compensation benefits. It was only after she was able to provide text messages from her husband showing he had been working around coronavirus-positive prisoners that the claim was approved.

Until COVID-19 deaths of first responders are labeled "presumptive" — meaning it's presumed they got it on the job — they will continue to try to prove how they contracted the virus.

"Then we’re going to be asking family members to go back and somehow prove, ‘Was I at this call? Was it this arrest? Was it this interaction on this street corner?’” Wilkison said. “That threshold is going to be impossible to achieve.”

In a statement to WFAA, a spokeswoman for the governor said, “Governor Abbott’s heart goes out to the families of those who have lost loved ones due to COVID-19.”

But critics say the law wasn’t written to cover a pandemic.

“We've been referred back to the statute that we created, that we struggled to write into law and that we worked hard to pass,” Wilkison said. “We're very proud of it. But it doesn't get there. And we'd be glad to claim that it did. It doesn't.”

Wilkison say they’ve consulted with their attorneys on the issue and the consensus was the law as currently written doesn’t cover COVID-19.

Now, CLEAT is working with lawmakers to get the law changed. The Texas Legislature, which meets every two years, convenes this January.

Besides making sure workers’ compensation covers a pandemic, they also are seeking a change in the law to ensure that first responders’ families are eligible for line-of-duty death benefits when they die of COVID-19.

By law, families of first responders who die in the line of duty are eligible for a $500,000 lump sum payment, state-paid funeral expenses, and other benefits.

“At the end of the day, when you look at all of this, you're talking [about] working-class families,” said State Rep. Ana-Maria Ramos, D-Richardson, who is helping lead the charge among lawmakers to get the law changed. “They're not asking for anything that they haven't earned, that their families haven't sacrificed for.”

The families of Eric Johnson and Elizabeth Jones say they just want the state of Texas to honor their sacrifice by helping out the loved ones they’ve left behind.

Correction: The spelling of Charley Wilkison's has been corrected. 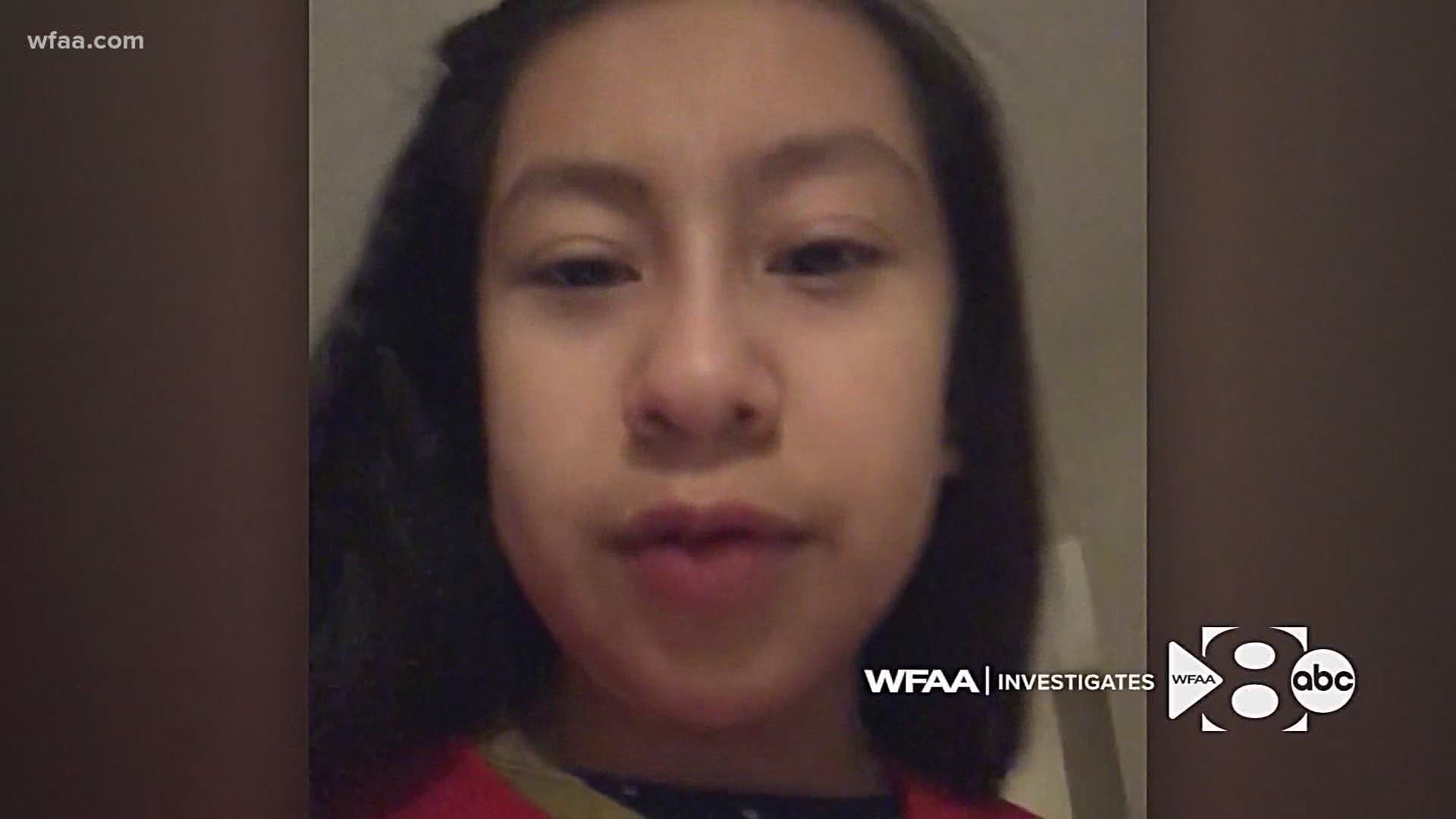