While many farmers appreciate what rain can do for their crops, some are concerned with too much rain. 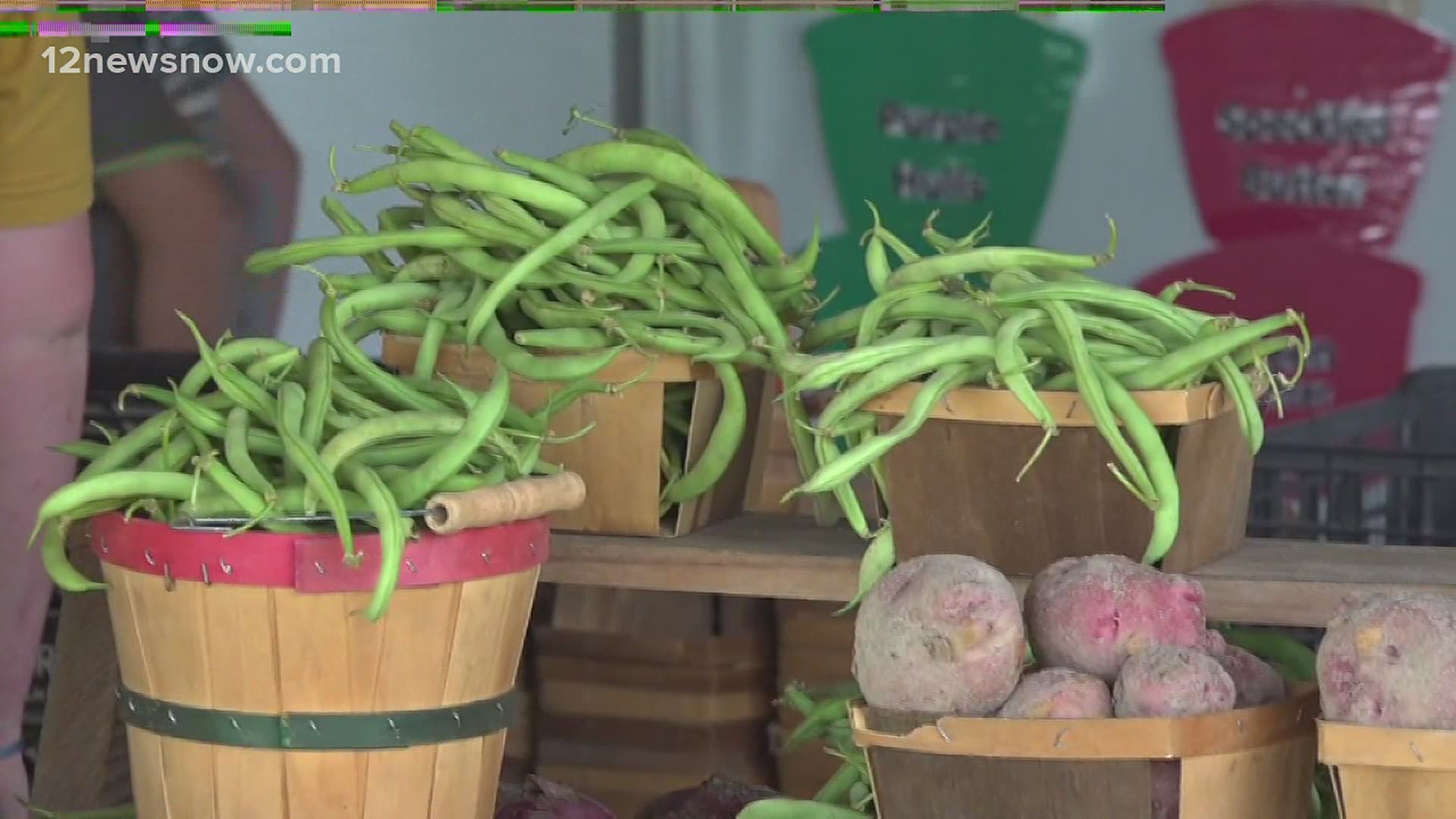 BEAUMONT, Texas — Rain continues to come and go through Southeast Texas this week, and many people have grown concerned about potential floods returning to the area. While many farmers appreciate what rain can do for their crops, some are concerned with too much rain.

During the winter storm, Texas farmers lost at least $600 million worth of crops. Now, farmers are having to clean up again after a major rain event flooded many crops last week.

“It has been a constant battle this year,” farmer Will Lewis said. “It is probably the wettest year we have had.”

This year has seen over 25 inches of rainfall which is four inches above the normal average.

“It really hurt our business as to where we couldn't sell our vegetables,” Desiree Lewis, Pecan Hill Farm Market owner, said. “We end up having to throw a lot of produce away because the customers we usually have were not able to get here.”

Excessive rainfall is bad for plants because they can't photosynthesize, and the roots don't dry out.

“That is why were a little behind people,” Will said. “Want to know when you’re going to have tomatoes watermelon cantaloupes those things have been slowing down due to the lack of warm weather and sunshine.”

The market is feeling the impacts of last months flood because it lost crops like corn and potatoes, Desiree said.

“The water really messed up our potato crop,” she said. “We weren’t able to dig them when we needed to because the ground was so wet. We could not get the tractor in there to dig the potatoes, and the longer we waited, the more potatoes that we lost in the ground due to rotting.”

2,500 pounds of potatoes will be impacted.

"This year, I am going to say we are going to be down probably a quarter of that," Will said.

More rain is in the forecast, but Desiree and Will are staying one step ahead by planting on plastic mulch to keep their produce risen off the ground in case it floods.

“We immediately get out here with tillers and plows or whatever is needed to try to keep the weeds down,” Will said.

The area is forecasted to get five more inches of rain through Monday.