If you've been vaccinated, you should still mask up, the doctor says. 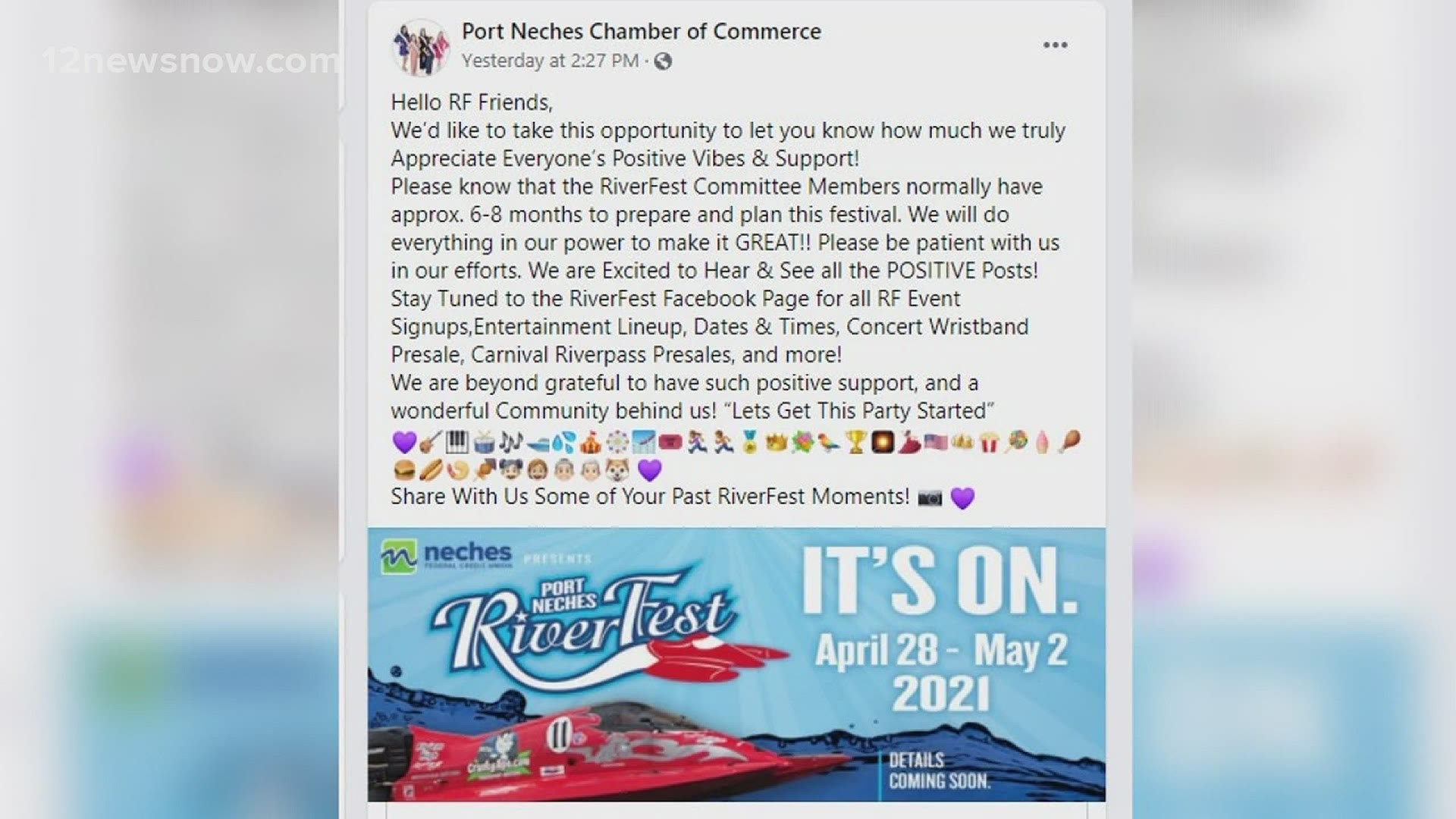 BEAUMONT, Texas — By this time next week, the mask mandate will be no more, and businesses will be allowed to open at full capacity. It's too late for Mardi Gras and other earlier events that were scheduled for the beginning of the year in Southeast Texas.

Events like the Port Neches Riverfest and the YMBL South Texas State Fair are still planning to move forward in the next few months.

12News spoke a Southeast Texas medical expert to see what people might want to consider doing if planning to attend.

People are more ready than ever to get out and about, but Beaumont Dr. Msonthi Levine says they should make sure to do one simple thing when at events this spring, wear a mask.

"It's still the best advice in my opinion, is to simply wear a face covering even though you go out to these events," Dr. Levine said.

He says he understands Gov. Greg Abbott's decision to open businesses back up to 100 percent, and he realizes people are ready to get out of the house.

He also says, if you've been vaccinated, you should still mask up.

"You can still become infected when you have the vaccine. It's just that the vaccine lowers your chance of having a severe infection," Dr. Levine said.

Dr. Levine said many people, including his patients, have become accustomed to wearing masks. So, he hopes they'll keep this good habit. His theory will be put to the test as early as this weekend. Ford Park is opening its doors for a boat show.

As for other events planned for the region, time is on their side. The Greater Beaumont Chamber of Commerce has its first big event, the state of the city, scheduled for April 29. Organizers are still working out safety protocols.

"We'll play it by ear,” said Bill Allen president and CEO of the Beaumont Chamber of Commerce. “We'll kind of take the temperature in the community and kind of pivot as we need to."

Allen says virtual options aren't off the table yet.

"I want people to feel comfortable coming so if that means, you know, that we have to do something mask wise than, you know, we'll probably go down that road," Allen said.

So, what about other southeast Texas events?
The Port Neches Chamber of Commerce is asking for "patience" when it comes to the Riverfest. Organizers say it takes six to eight months to plan the event, so they are still working out the details.

And as for the YMBL State Fair, that has been pushed back until may, giving organizers time to work out their safety plan.

Doctor Levine and Allen both expressed hope that once more people are vaccinated, it will make large events safer here in Southeast Texas.