Texas Children’s Hospital is hosting nine different parties for 180 patients over the course of three days. 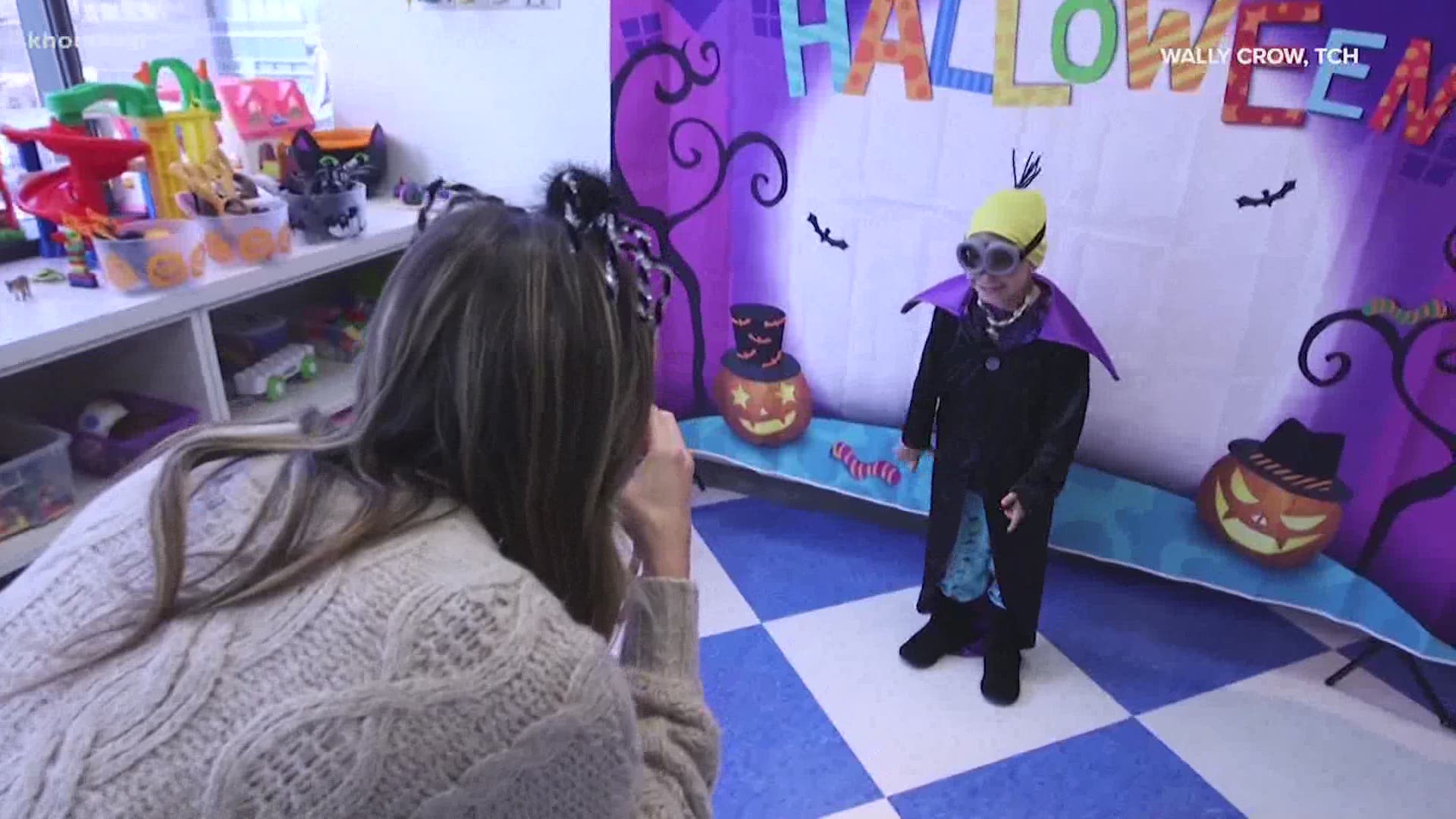 HOUSTON — Halloween is a lot different this year, and for some kids, it may even be canceled.

But Texas Children’s Hospital is making sure their patients can still participate by bringing the holiday to the hospital.

Halloween this year is scary enough for kids, but for those having to spend it in the hospital, it’s no treat, which is why Texas Children’s Hospital is doing what they can to make it memorable.

“It’s something to keep you entertain and still have some fun while you’re here," Ashlynn Gasch said.

16-year-old Ashlynn has been having unexplained heart issues that’s kept her in the hospital for the past two months.

“Just trying to get it back to how it’s supposed to be," Gasch said.

Doctors aren’t quite ready to let her go home just yet.

“I’m missing a lot of things, so it’s really hard being in here and not being so busy with everything," Gasch said.

That means she’ll be spending Halloween there as well.

“It’s getting a little longer than we thought it was going to be, but hopefully it will be coming to an end here pretty quick," her father Tim Gasch said.

But with the help of Spirit Halloween stores, the holiday will still go on in the hospital. Texas Children’s is hosting nine different parties for 180 patients over the course of three days.

“They had like games we could play, people had donated all these costumes so we could pick out one," Gasch said.

For these children who might spend many of their days being scared, the hospital is hoping Halloween won’t be one of them.