The 17-year-old was visiting with his grandmother. 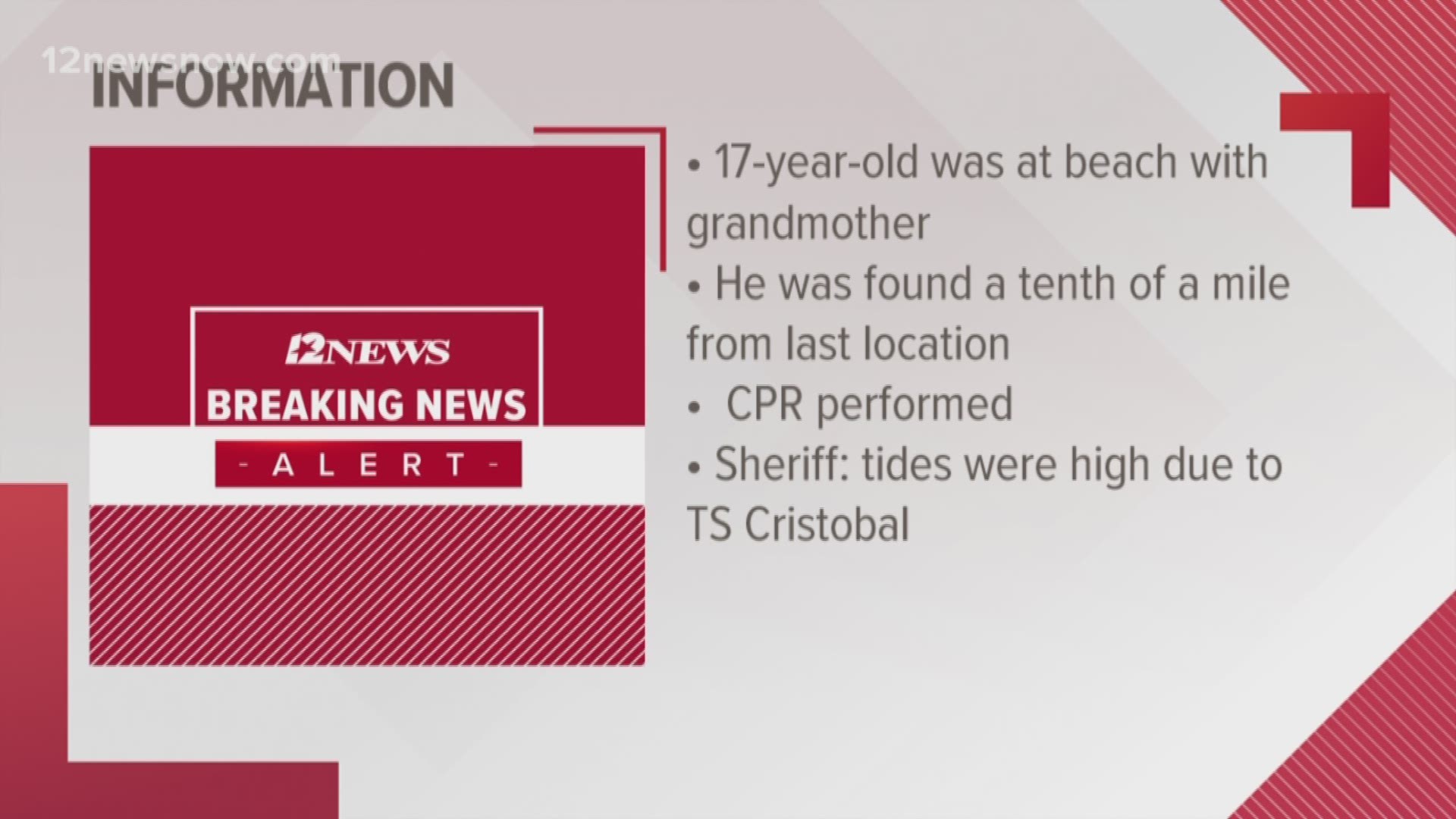 GALVESTON COUNTY, Texas — A family outing to Crystal Beach turned into tragedy over the weekend when a teenager drowned in the water Sunday evening.

The 17-year-old young man was visiting with his grandmother according to the Galveston County sheriff.

He says the teen's grandmother went to get something from her car, and when she came back he was gone.

He was found about a tenth of a mile from where the two originally were located.

CPR was immediately started after a 45-minute search, but the young man was pronounced dead.

The sheriff says the tides were very high due to Tropical Storm Cristobal.