To this date no guidance has been released by the Cuomo administration about theaters reopening, leaving many locally-owned businesses in financial limbo. 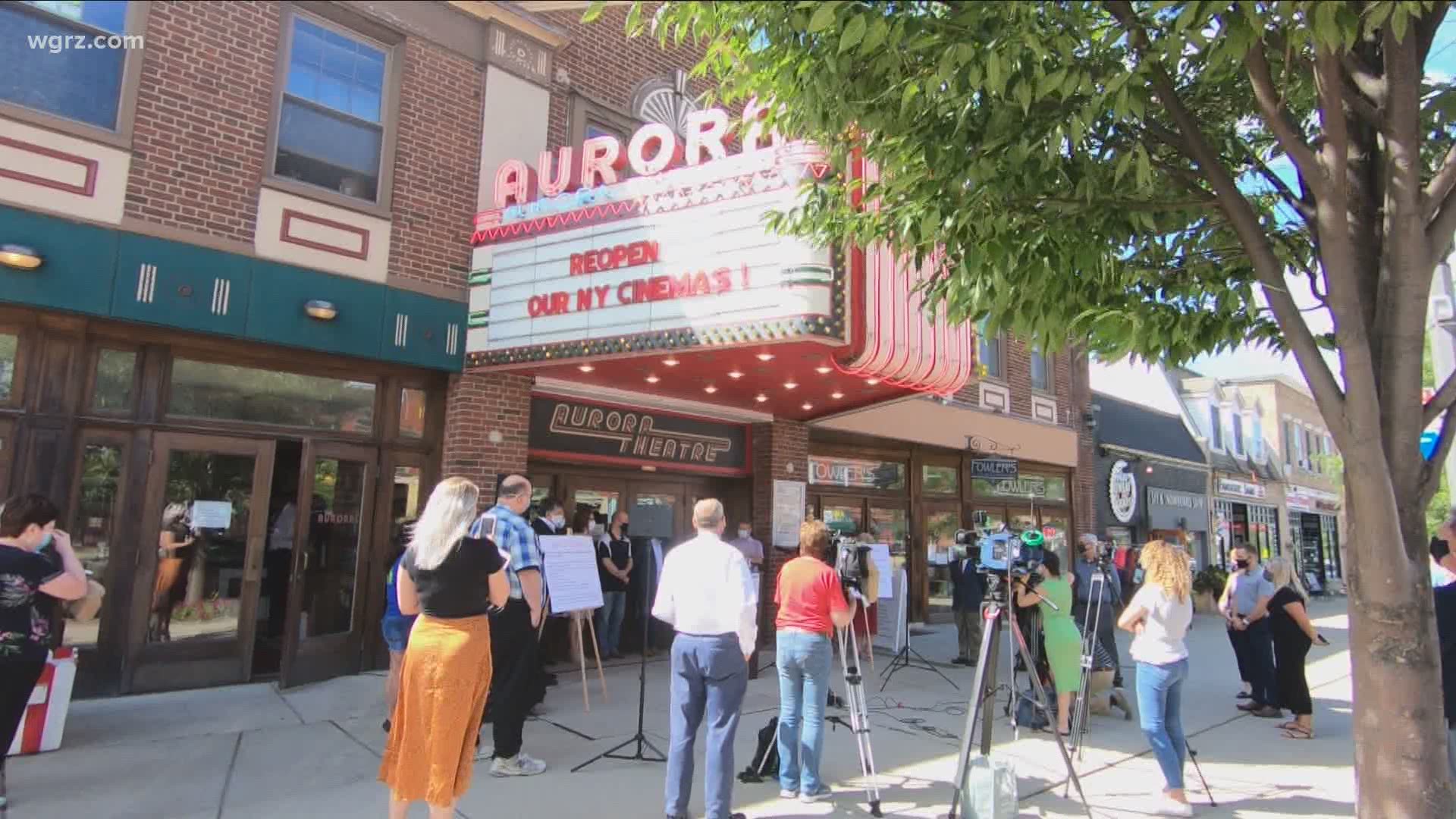 BUFFALO, N.Y. — As the weather continues to get colder, it's the perfect time to stay indoors and watch a movie. However, here in New York State you would have to watch a film at home or at a drive-in because movie theaters are still closed, and local theater owners are still waiting for an answer.

Joe Masher is the president of the New York State chapter of the National Associations of Theater Owners. For months he's been working with theater owners all over New York who feel they've been left in the dark when it comes to reopening.

"Once Governor Cuomo announced the theaters would not be part of phase four, it seemed that the dialogue between us and anybody in the government had broken down without any answers is when we can open," Masher said.

To this date no guidance has been released by the Cuomo administration about theaters reopening, leaving many locally-owned businesses in financial limbo. The Aurora Theatre is one of them, and owner Lynn Kinsella says the lack of guidance is hurting everyone involved.

"I just have a great concern for not just our employees and their families, but also our vendors who support us," Kinsella said. "Many are family-owned businesses."

And without New York State being able to show movies, both Masher and Kinsella say it's starting to impact what can be shown at theaters in other states that are currently open.

"New York really has a huge effect on the entire industry and by not allowing theater to open in New York it's having just it just a detrimental effect on movie theaters not only in the United States, but all across the world because studios are not putting movies out they need their number one and number two markets open," Masher said.

If you look at some of New York's neighboring states, Pennsylvania, New Jersey and Connecticut all reopened theaters over the summer, and Masher says its forcing many New Yorkers to take road trips.

"Probably half of the people are coming from New York, I mean just I've been visiting these theaters talking to people," Masher said. "I know yeah I came from Brooklyn. I really want to see 'Tenant.' I came from Staten Island. I came from West Chester County in Manhattan.

While they wait, local theaters have taken matters into their own hands. Last month the National Associations of Theater Owners created what's called "cinema-safe" a list of protocols owners put into place to make their point to the governor that they're ready and waiting.

"It's extremely thorough and it goes above and beyond what we feel will make our customers feel safe," Kinsella said.

"We're just asking the governor's office," Masher said. "It's time, we know we can do this safely. Let us prove it to you."