Father Stephen McCrate takes over as pastor after the August death of Monsignor Bill Manger. 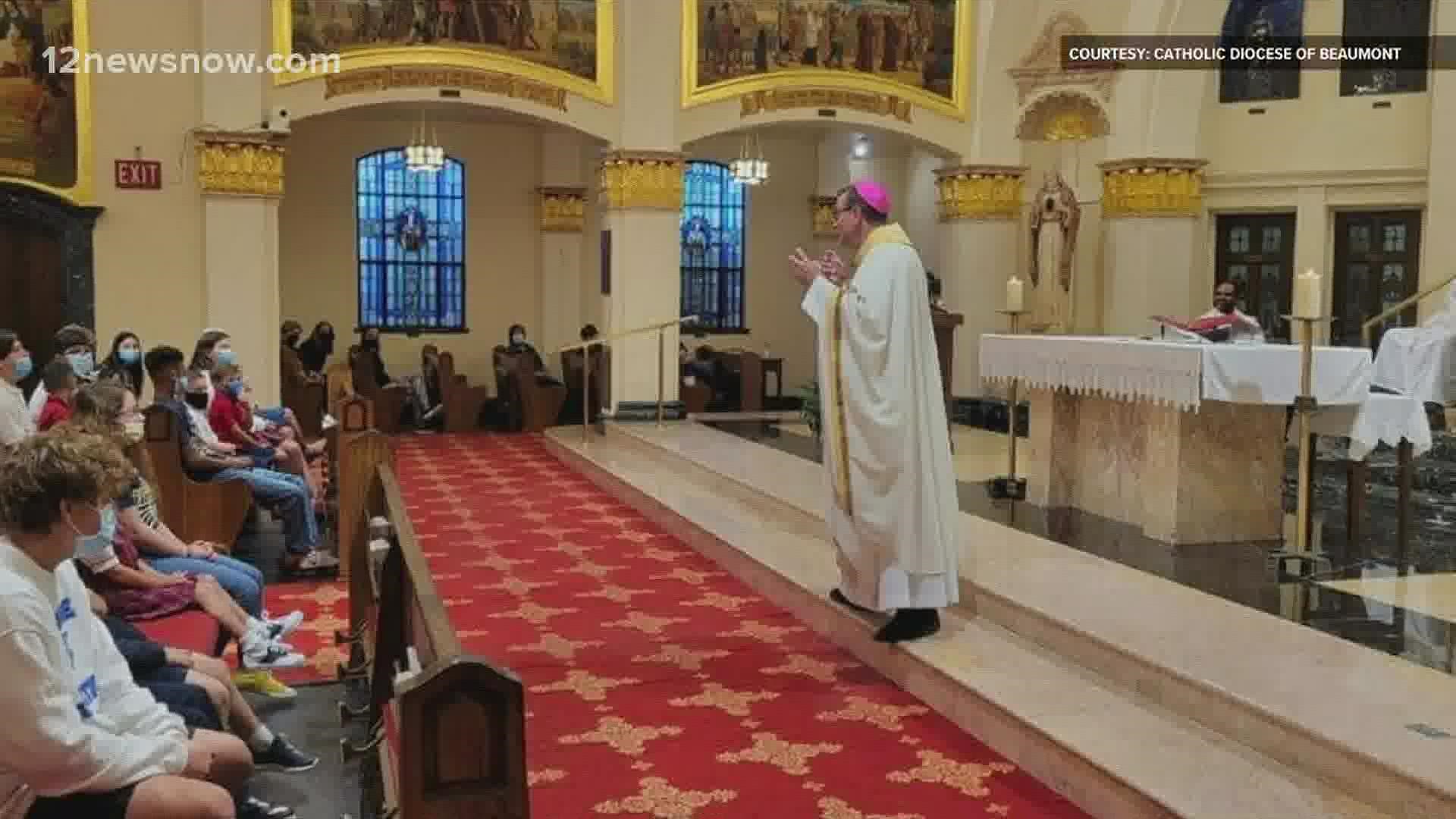 BEAUMONT, Texas — Members of the St. Anne Catholic Church in Beaumont celebrated as a new pastor was installed following the death of a beloved one.

Bishop David L. Toups handed the key over to Father Stephen McCrate on Sunday, Oct. 3, installing him as pastor. McCrate takes over as pastor after the August death of Monsignor Bill Manger. Father Michael Jamail was the temporary administrator during Manger’s illness and after his death.

Sunday’s Mass also marked the return of gather the children.

Parish clergy and leadership greeted father McCrate during Mass, and afterward, a reception was held for the entire parish community.

The Catholic community of St. Anne Church in Beaumont celebrated Sunday, Oct. 3, as Bishop Toups handed the key over to...

Posted by Catholic Diocese of Beaumont on Sunday, October 3, 2021

Monsignor Bill Manger, former pastor of St. Anne in Beaumont, died Monday, Aug. 2, 2021 at the age of 87. Hundreds gathered for a special mass held for Manger the next day at St. Anne's church.

Manger was pastor of St. Anne until his death.

Manger received numerous awards for his service throughout his 59 years as a priest. One of his proudest achievements was co-founding the Southeast Texas Hospice in Orange in 1976.

"A million and a half people a year would not have hospice today if it were not for him. There were only 20 hospices in America when we started out, and now there are over 6,000," said Southeast Texas Hospice Executive Director Mary McKenna.

Parishioners said he was the kind of pastor that always made himself available, and Manger's good friend Monsignor Michael Jamail seemed to say it best.

"The man is a saint," Jamail said. "If God is anything like Bill Manger, we're all going to be okay."

1 / 7
Catholic Diocese of Beaumont
Bishop David L. Toups handed the key over to Father Stephen McCrate and him as pastor Sunday, Oct. 3. McCrate is taking over after the August death of Monsignor Bill Manger.