'When everyone is trying to take shelter, I'm running into town' | Sparta mayor wants better system than hand-operated tornado siren

The old siren is hand-operated from a tiny building that once housed City Hall. Only the mayor is authorized to set it off.

With a tornado bearing down on the small Missouri town of Sparta, the lone warning siren stayed silent because a downed tree kept the mayor from getting downtown to flip the switch that activates it.

Most tornado sirens are activated remotely by computer, but not Sparta's. The old siren is hand-operated from a tiny building that once housed City Hall. Only the mayor is authorized to set it off.

So when Mayor Jenni Davis got a cellphone alert just after 1 a.m. Monday that a twister was heading straight for Sparta, she was about to jump in her car. It was no use. A large tree blocked the street near her home.

"There was absolutely nothing I could do," Davis said. "I felt horrible."

The category 1 tornado damaged several local homes and downed trees and power lines. Davis saw the twister's power first-hand when her husband had to strain to pull her sister inside, out of the raging wind.

Overall, though, Sparta was lucky. No one was hurt. But Davis knows something has to change.

Davis, 34, was elected mayor in April and is a lifelong resident of Sparta, a town of 1,900 residents about 35 miles (56 kilometers) northeast of Branson. She recalled that when she was a girl, a firetruck would drive around town sounding its siren when a tornado threatened.

The hand-operated warning siren, which sits atop a telephone pole in the center of town, was added about two decades ago. To activate it, the mayor flips a switch that winds up the siren, making an ascending "whirr" sound, then flips the switch again to make the descending "whirr." It sounds like an old-time police car. The process is simply repeated continuously until the threat goes away.

Davis, a mother of two, isn't thrilled with the prospect of driving through a potential deadly storm to the small shed-like building housing the siren.

"I have to get into my car and drive," Davis said. "When everyone is trying to take shelter, I'm running into town."

It's an odd system for sure. Dennis Mileti, former director of the Natural Hazards Center in Boulder, Colorado, said he's never heard of one like Sparta's. 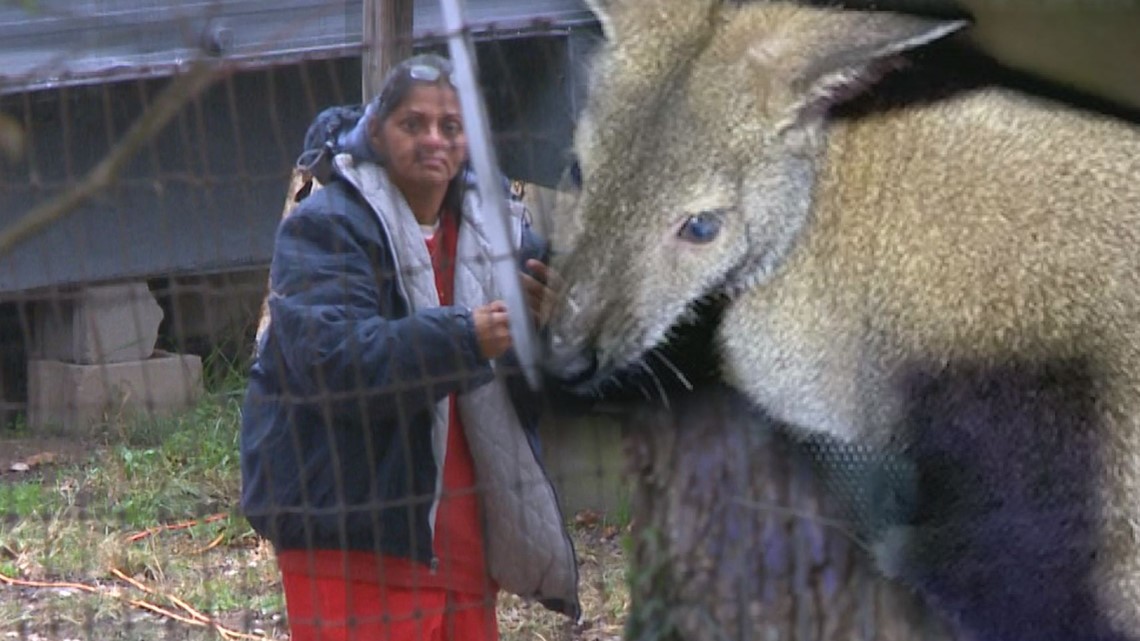 Escaped wallaby leads investigators to controversial Franklin County 'pet ranch'
FRANKLIN COUNTY, Mo. - It was a heartwarming headline: 'Escaped kangaroo reunited with owner in Franklin county." But it wasn't all it seemed. New details have emerged about where that animal escaped from and why its owner is under investigation. Contrary to many headlines, the 'Kangaroo' is actually a 2-year-old Wallaby named Lackie.

Terry Cassil, operations chief for the Missouri State Emergency Management Agency, said newer siren systems are typically activated through software, either through the 911 center or from the emergency manager or sheriff's office. Most older systems are activated through signals sent from two-way radios or pagers.

Cassil said there's a general misconception about storm warning sirens, which are meant to alert people who are outdoors to get inside and seek shelter.

"The sirens are not designed to warn people inside their homes," Cassil said. "They are called outdoor warning devices for a reason."

But Mileti said sirens still serve a purpose because no single warning system is fail-proof.

"You need to communicate warnings and alerts over every channel available to you," he said.

Davis would like Sparta to get a new siren, but it would cost up to $50,000, which the cash-strapped town doesn't have.

Help may be on the way. News reports about the ancient siren prompted a call to Davis from aides of Republican U.S. Rep. Billy Long, offering to seek grant money.

Financial help or not, Davis said it is time to retire the old siren.

"We're going to shut this one down and figure it out," she said.