They're looking for her but will need some help from the community. 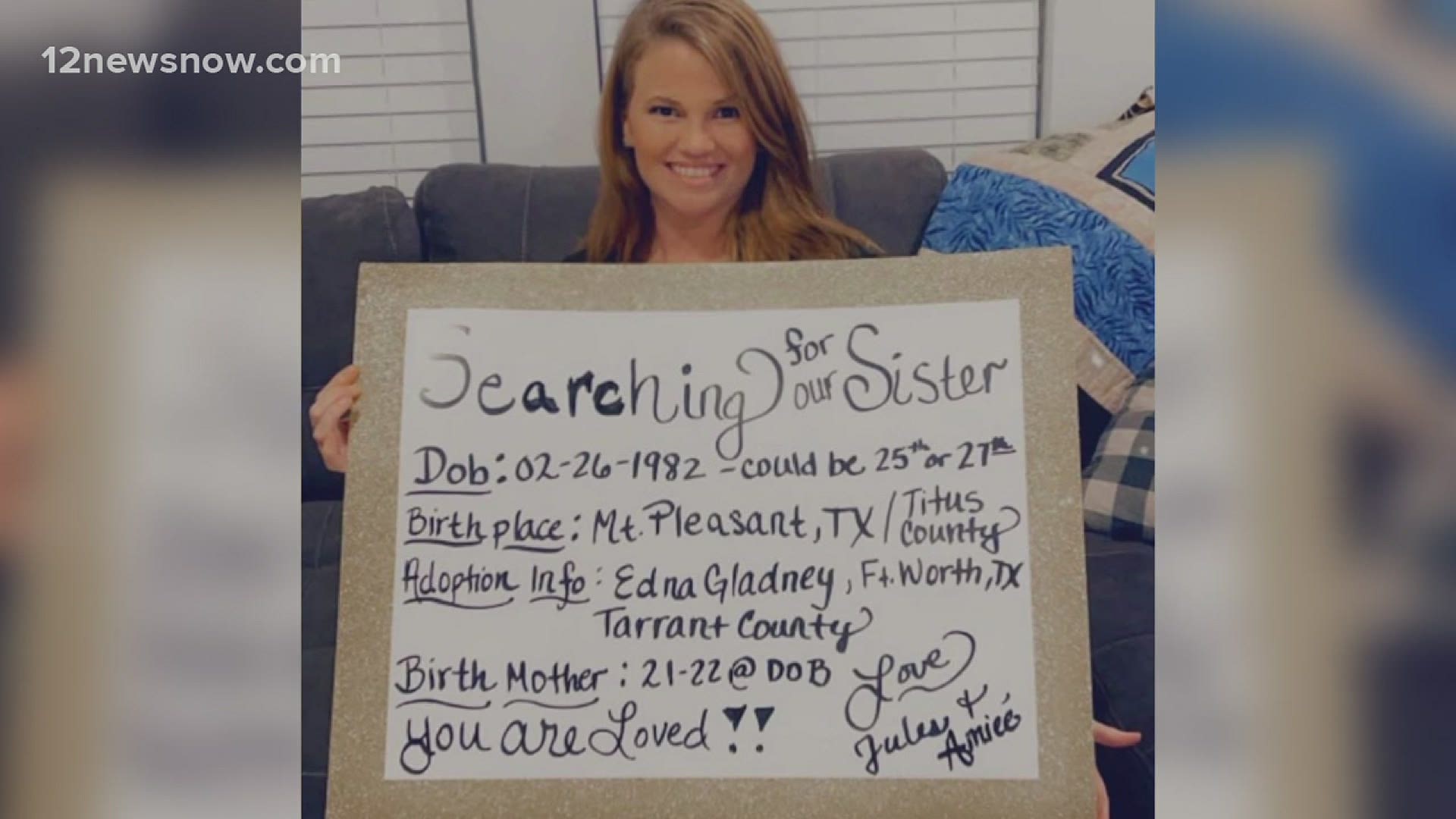 BEAUMONT, Texas — A DNA sample has led to the discovery of a family secret. One Fannett woman recently found out she has a sister, and was able to reconnect with her, but there’s a twist.

The two sisters have since discovered there's a third! They're looking for her but will need some help from the community.

Amiee Broussard was born in Mount Pleasant and adopted through Edna Gladney Adoption Agency in Fort Worth. She found out she had two half-sisters through ancestry DNA, and more than anything she wanted to meet them.

“I actually went to Mount Pleasant years ago, and I went into a store and the man just told me to leave and that was the wrong thing to say because from that point on it was a mission,” Broussard said.

A woman on a mission to find her long-lost sisters, Amiee wouldn't take 'no' for an answer. She's known since birth that she had two siblings. About a year ago, Broussard had a hit on ancestry DNA.

She had a name, Julie. But where was Julie? After failed attempts of trying to find Julie, a break in the case happened. A search turned up for the name 'Julie' on a Texas adoption registry. It was a match. After several emails and calls Julie and Amiee were finally able to meet on June 29 2020.

“It was like we never missed a beat. It was like we've been together our whole lives," Amiee said. "And we talked seven hours about everything women talk about, and she checked her email while we were on the phone,” Julie said.

But their family is not complete, yet. That missing, third half-sister could be somewhere in Texas.

“This journey and what we're doing right now is going to complete that circle. Whether she wants to be apart of our lives, that's okay. We'll respect her decision, but this is us going all in,” Aimee said.

“I hate that we missed out 37 years of life together. Those are memories we can't get back together, you know. I don't want her to feel that we weren't searching for her, that no one cared to look for her, too,” Julie said.

A mission they know their parents would have wanted finished.

“They would have made sure that we grew up knowing each other and spending time together,” Amiee said.

This is what Amiee and Julie know about their other sister: She was born 39 years ago tomorrow in Mount Pleasant and was adopted to a Texas family through Edna Gladney. 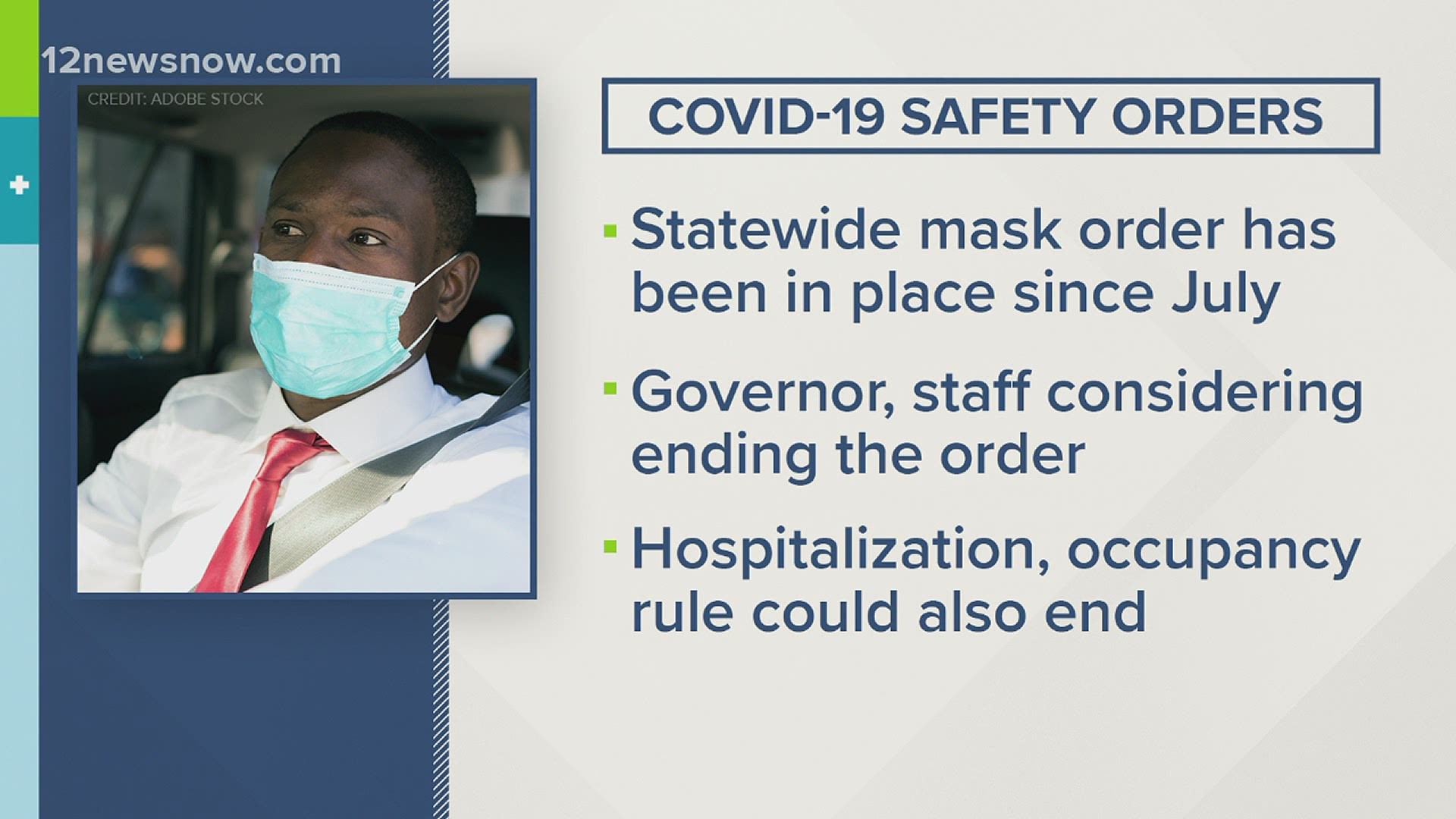