"We just want to make it even that much better for those that are coming behind us." 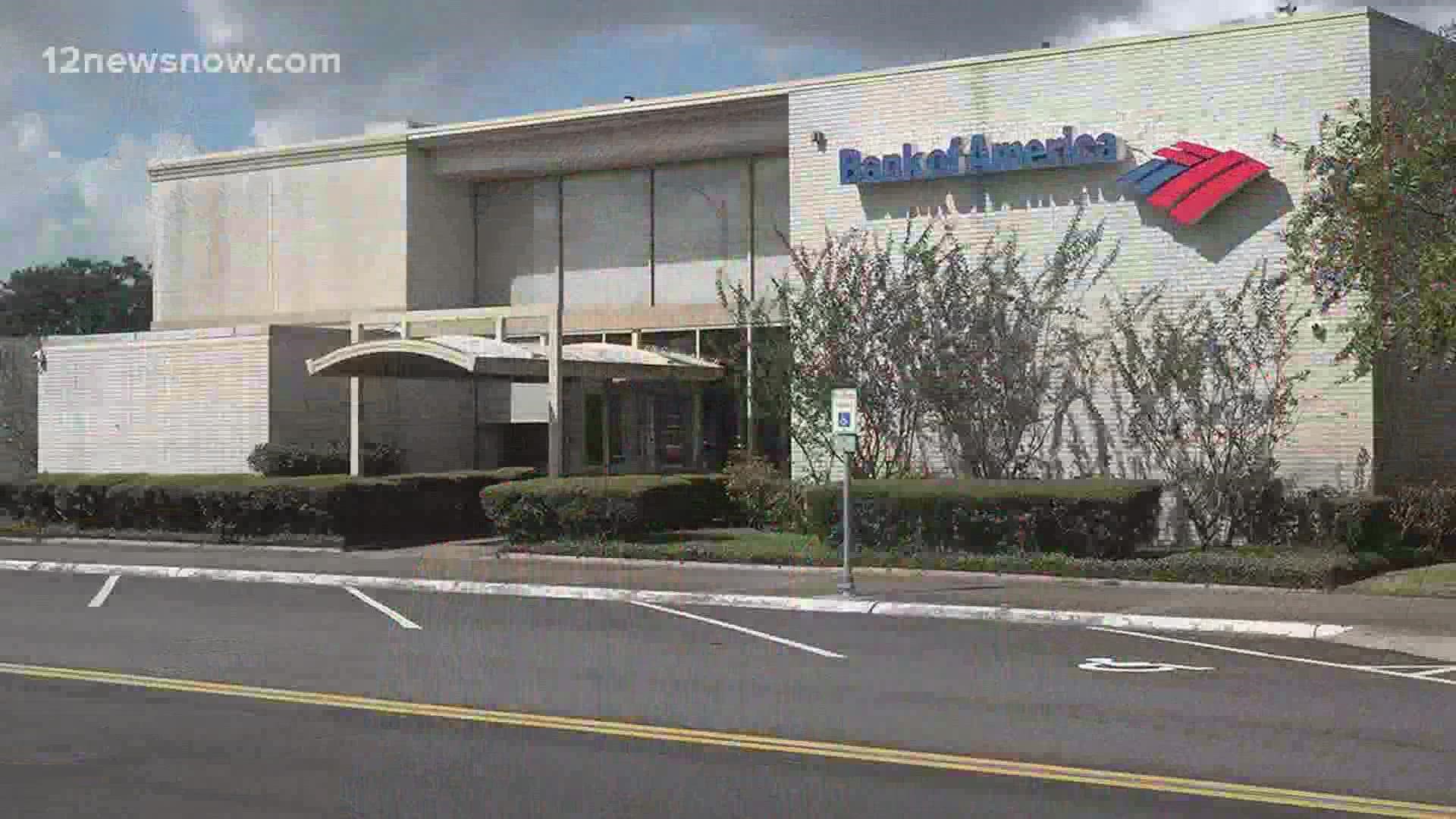 NEDERLAND, Texas — A Southeast Texas non-profit organization is planning on buying property in Nederland and revitalizing it to bring more businesses and jobs to the area.

The Nederland Economic Development Corporation is closing in on it’s purchase of the old Bank of America building on Boston Avenue.

Kay Decuir, executive director of the EDC, said even though the deal could be finalized in a month, it will be about two years before they begin work on developing the site.

The EDC has big plans for the bank's parking lot across from the bank's building. The company plans on adding more shopping centers to keep up with the vibe of Boston Avenue, Decuir said.

“Some of the things tossed around were like an event center. Someone mentioned a bed and breakfast,” Decuir said.

The non-profit plans on turning the Bank of America building into either an event center, business incubator, or a bed and breakfast. Decuir said regardless of what the company does, their plan is to revitalize the old building rather than tear it down.

“This allows us opportunities to possibly, with the shopping center, put in seven or eight more businesses,” Decuir said. “It may be less depending on the size footprint they need. How many businesses we could possibly put in the upstairs of that building, the bank building itself. Who knows? But the opportunity's there.”

Decuir said the EDC works off of sales tax revenue and spends about $500,000 each year on economic development in Nederland.

“We want to leave it better than how we found it,” Decuir said. “Not that we found it in a bad condition because it's always been great. We just want to make it even that much better for those that are coming behind us.”

Members of the Nederland community said regardless of what the company decides to put in the area, they are excited about the upcoming development.

“Whatever it decides to become is going to attract more people my way, which is going to be great,” Janna Bartz, Nederland community member said.

Bartz owns the Golden Cup Coffee Shop on Boston Avenue, next to the Bank of America building. She said her business will greatly benefit from other businesses opening up.

“If it's for offices, I’ve already got people that are in the building right now that come to me for coffee, so that would be good for me,” Bartz said.

Bartz said she appreciates all the work EDC has done to make Nederland attractive to small business owners.

“It's very important, and I think we've been successful in doing that in the last year, so it's really exciting,” Bartz said.

Decuir said a lot of work is still left before they can start developing in two years, including hiring contractors and pulling permits. But they are excited to be able to add more business along Boston Avenue.