On May 25, 2008, the day before Memorial Day, Louis Sain, 69, was coming home from an out-of-state trip when he fell asleep at the wheel and struck the tree. 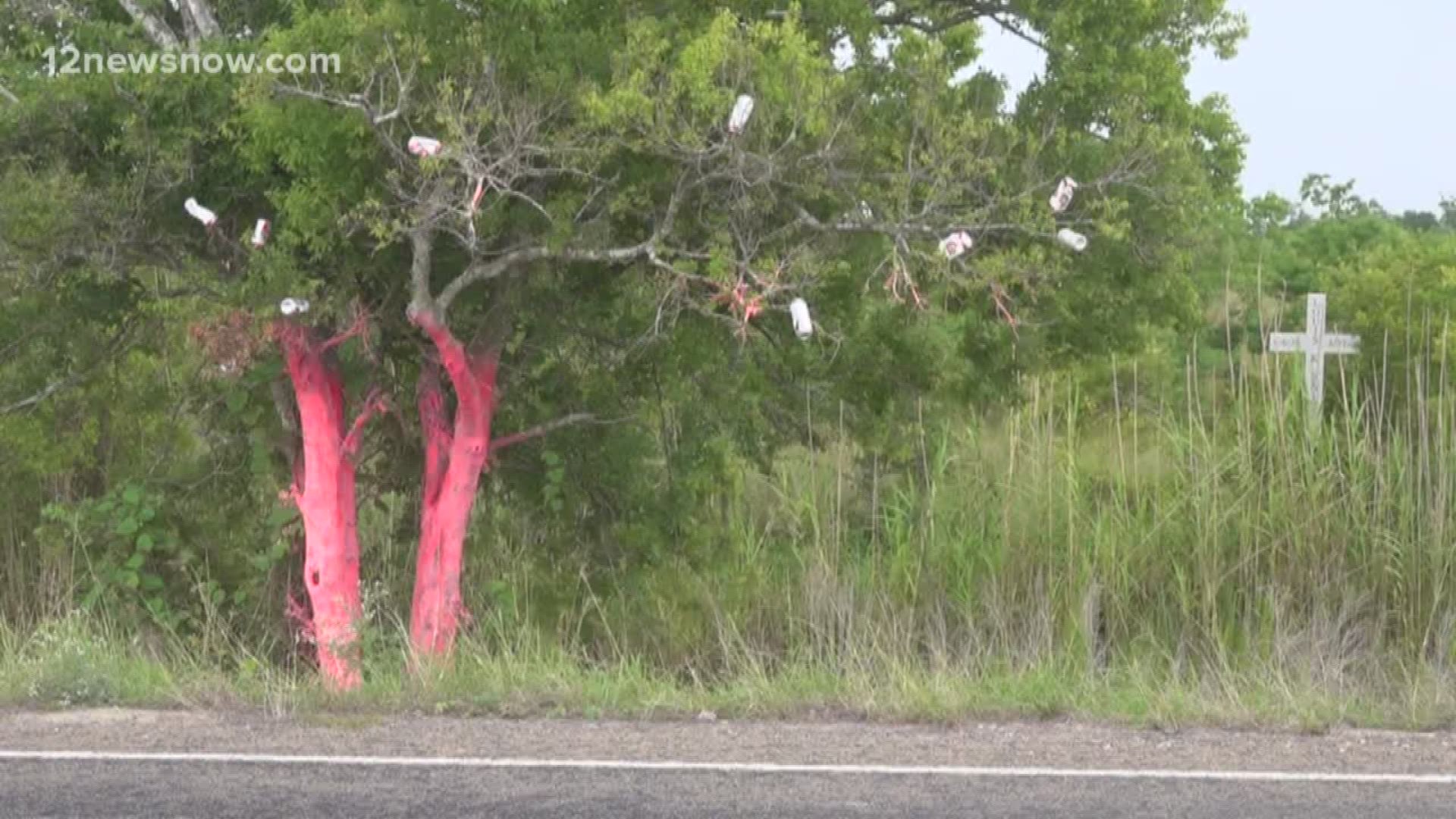 JEFFERSON COUNTY, Texas — A Southeast Texas family is carrying on a tradition to honor their father in a peculiar but colorful way.

If you've traveled down Highway 365 near the Hillebrandt Bayou Bridge in Jefferson County, you've probably noticed a certain tree on the side of the road, a pink tree.

It's located on the north side of 365, just west of the bridge.

The reason the trunk is pink, to remember the life of Louis Sain.

"Dad had a big shop and a ton of tools. But as he got older his eyesight started failing on him," Sain said. "So, he would paint his tools hot pink so he would find them."

On May 25, 2008, the day before Memorial Day, Louis Sain was coming home from an out-of-state trip when tragedy struck.

"He fell asleep at the wheel, and hit this tree. His car flipped over into this ditch and he drowned, passed away right here," Sain said.

He died at the age of 69, but his memory lives on thanks to the effort of family and friends.

Every year, they come back to the scene of the tragic wreck to brighten the memory of their father.

Yet, it's not just the bright pink trunk that makes this memorial so different.

"People will leave cans here and sometimes family will put them here, but that's the reason they're hanging there," Sain said.

Keeping his memory alive serves one purpose, but Brian says this tree also reminds drivers passing by, not to judge others based on differences and to treat people with kindness.

That's a lesson he says he learned from both his parents at a young age.

Brian's mother passed away in a fire, two years before Louis' crash.

"The golden rule, 'do onto others as you would have them do unto you.' They treated everyone that way, they always found the good in people and never looked for the bad," Sain said.

The tree remains pink if anyone is wanting to keep an eye out the next time they drive along that stretch of road.

Indy 500 will only go in August with fans in the stands, racing league CEO says