Those metals, platinum, rhodium, and palladium are worth anywhere from $1,000 to a little over $15,000 apiece. 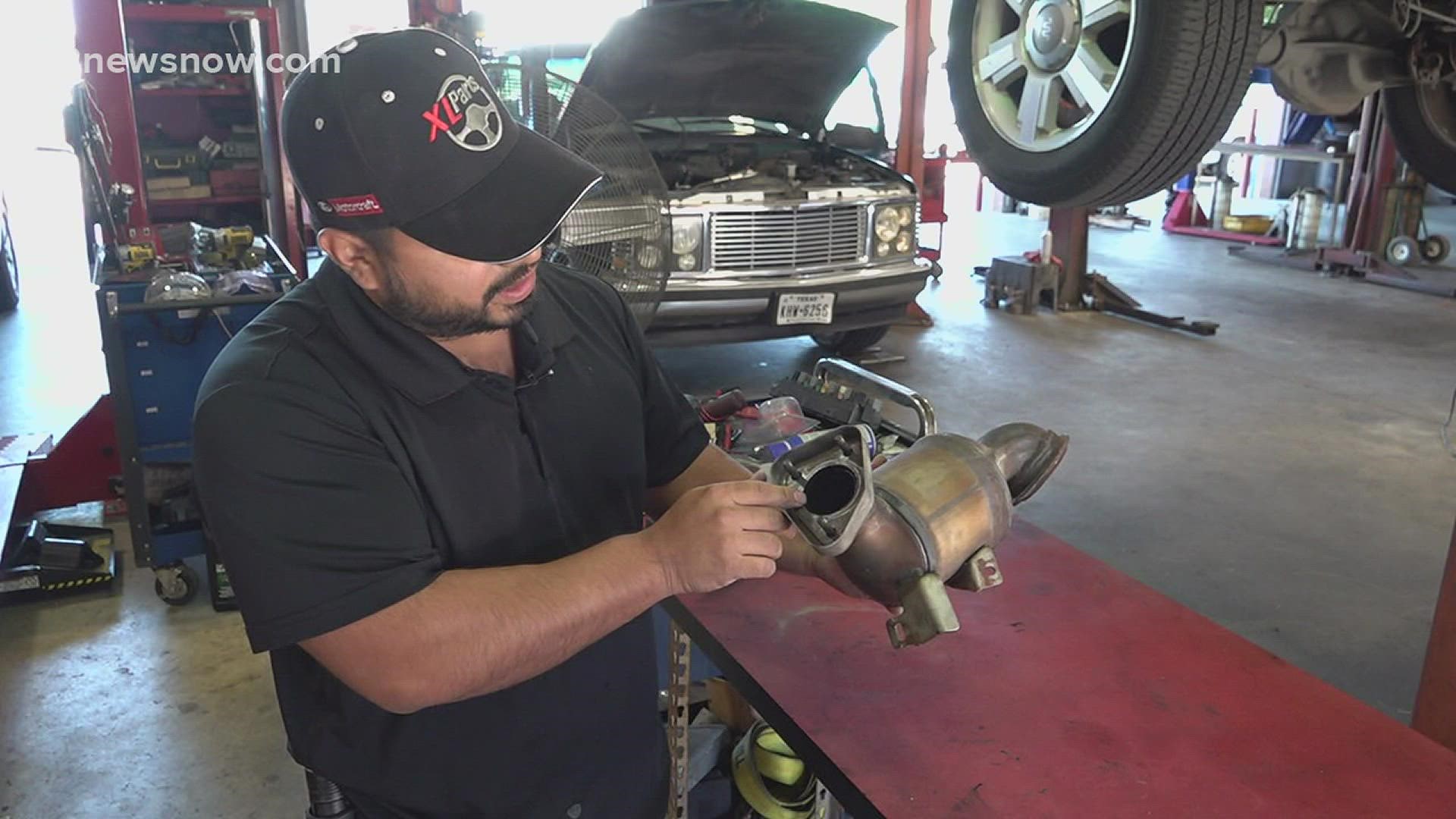 BEAUMONT, Texas — Southeast Texas investigators say catalytic converter thefts have increased this year. The reasons for this include the accessibility of these car parts and the value of the precious metals inside.

Those metals, platinum, rhodium, and palladium are worth anywhere from $1,000 to a little over $15,000 apiece. To make matters worse, it's tough to track down these catalytic converter thieves, according to investigators.

Kane Dean with the Southeast Texas Auto Theft Task Force said these thefts are hard to crack down on especially since there's no rhyme or reason as to where they occur.

"It's a needle in the haystack when you come trying to pinpoint as to OK where are these guys going next,” Dean said.

Dean said don't let your guard down. These thefts can happen anywhere and at any time of day or night. He said there's something inside the catalytic converters that makes them so valuable.

"We've seen the big influx now we think because of some of the prices of the precious metals that are inside the catalytic converters," Dean said.

The one metal that has thieves seeing dollar signs is rhodium. It’s worth thousands of dollars an ounce.

Some vehicles like Toyotas have multiple catalytic converters, so they're commonly targeted.

"When you do that in quantity like we talked about earlier, that number's just gonna go up,” Dean said.

Josh Cortez is a mechanic at Cortez Car Care. He said catalytic converters contain a screen that helps filter harmful emissions from your vehicle. That screen, according to Cortez, is also valuable.

"What they're looking to do is open these up and get these precious metals that make up this screen and sell those off because that's where the money's at," Cortez said.

Cortez said the price of metal has gone up, which makes these catalytic converters even more attractive to thieves.

He said if you become a victim, replacing a catalytic converter is going to set you back.

"A new one they can range anywhere from $1,000 to $2,000 for a new converter, and a lot of times these parts are on backorder because there's different delays through the pandemic," Cortez said.

But thieves be warned. There's a tougher punishment if you get caught. A new bill signed by Gov. Greg Abbott makes this kind of crime a felony.

"We are catching these little groups of people doing this, and the prosecution is going to be on a felony amount," Dean said.

Dean encourages Southeast Texans to remain vigilant and to use their eyes and ears when out in public to try and stop these catalytic converter thieves.