Homeowners can receive tax cuts, lower bills and feel good about helping out the environment in a major way by going green. 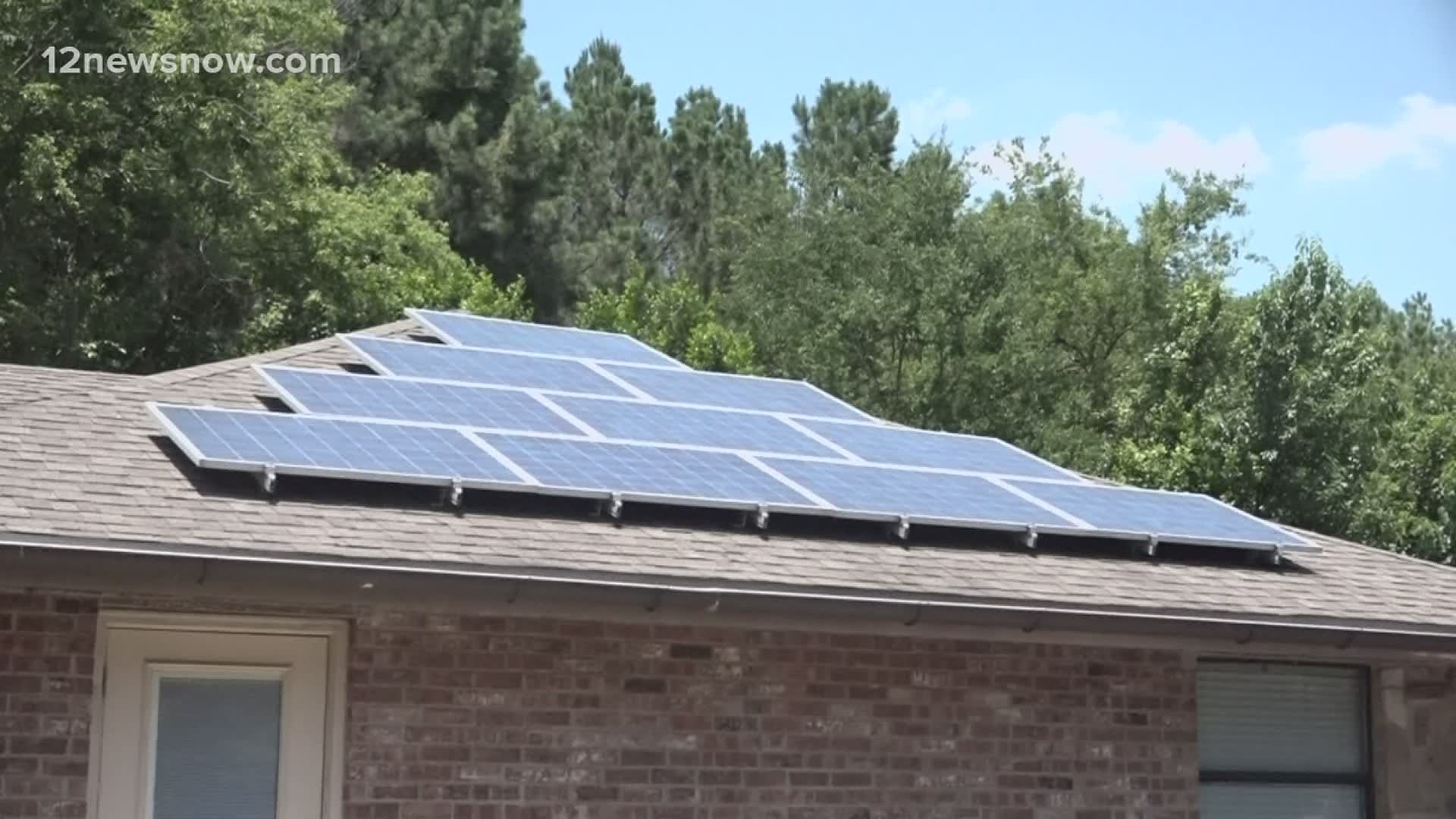 BEAUMONT, Texas — The new push to make our homes more energy efficient is gaining traction. It has taken a while, but more Southeast Texans are turning to solar.

Energy companies say there's a lot to be gained from installing the panels on your homes. Homeowners can receive tax cuts, lower bills and feel good about helping out the environment in a major way by going green.

"Everybody really needs to take a look at it. It's a sunny area here. You need to take advantage of it," said Vice President Jimmy Stark with Star Co. Solar Incorporated.

That popularity isn't just commercially as residents are starting to reap the benefits as well.

Texas is the second ranking state when it comes to utility scale solar power capacity and is projected as the fastest growing state for the next five years.

"You can see out west what it is, and it's just steadily,” Stark said. “I think they said twelve companies moved into Austin last year, about fourteen into San Antonio."

It's also a trend among homeowners, like Dayna Dyrhaug and her husband Kurt. He uses electricity in his art studio.

"In the long run, we're going to save every month on our electric bill,” Dyrhaug said “And like in the summer time you know it gets really high because we're constantly running our air conditioner."

Dyrhaug said they are also seeing the monetary gains from it.

"It's gonna add value to our house,” Dyrhaug said. “You know it’s given us a huge tax credit, and it's good for the environment."

Stark said with technological advancements, it's made solar panels more affordable for homeowners.

It's something Stark believes is only going to get more popular.

"It’s here to stay,” Stark said. “It's not just a glitch anymore, you're going to see more and more of it."