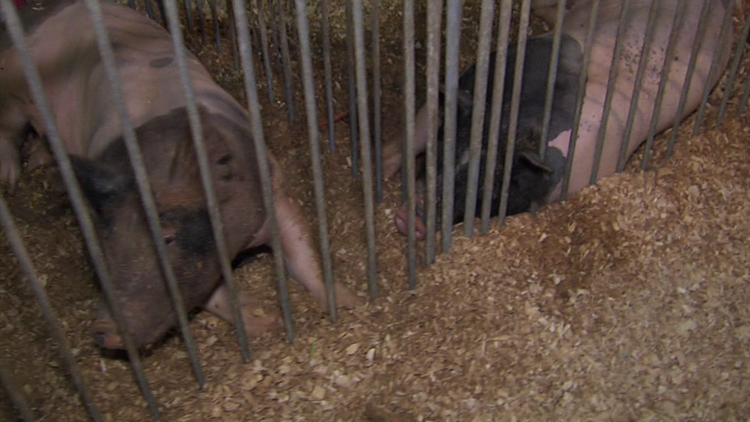 The larger animals like pigs, heifers and goats will be auctioned off tomorrow at 6 p.m.

The livestock animals have been raised by high school students from all over Southeast Texas.

Catie Leblanc is a senior who decided to raise a pig that she named “Suewe.”

“I just really loved pigs and agriculture and they are just really fun and smart animals,” said Leblanc.

Leblanc has participated in the livestock rodeo for several years and said she really enjoys it.

"I would have to say the best part is just being home with them and watching them run around and having fun with their lives," said LeBlanc.

She said she decided named her pig “Suewe” because it would be a really cute name for the last pig that she will raise.

The money raised from the livestock auction will go towards scholarships for the students.

“I plan on using it for my college fund and going to SFA for nursing, it definitely helps paying for college,” said LeBlanc.

To help out the students who did not get their animals auctioned off you can give a $100 dollar donation and get a YMBL South Texas State Fair hat.