Reporter Royden Ogletree is testing three rides a day at the YMBL South Texas State Fair, and bringing you his ratings. 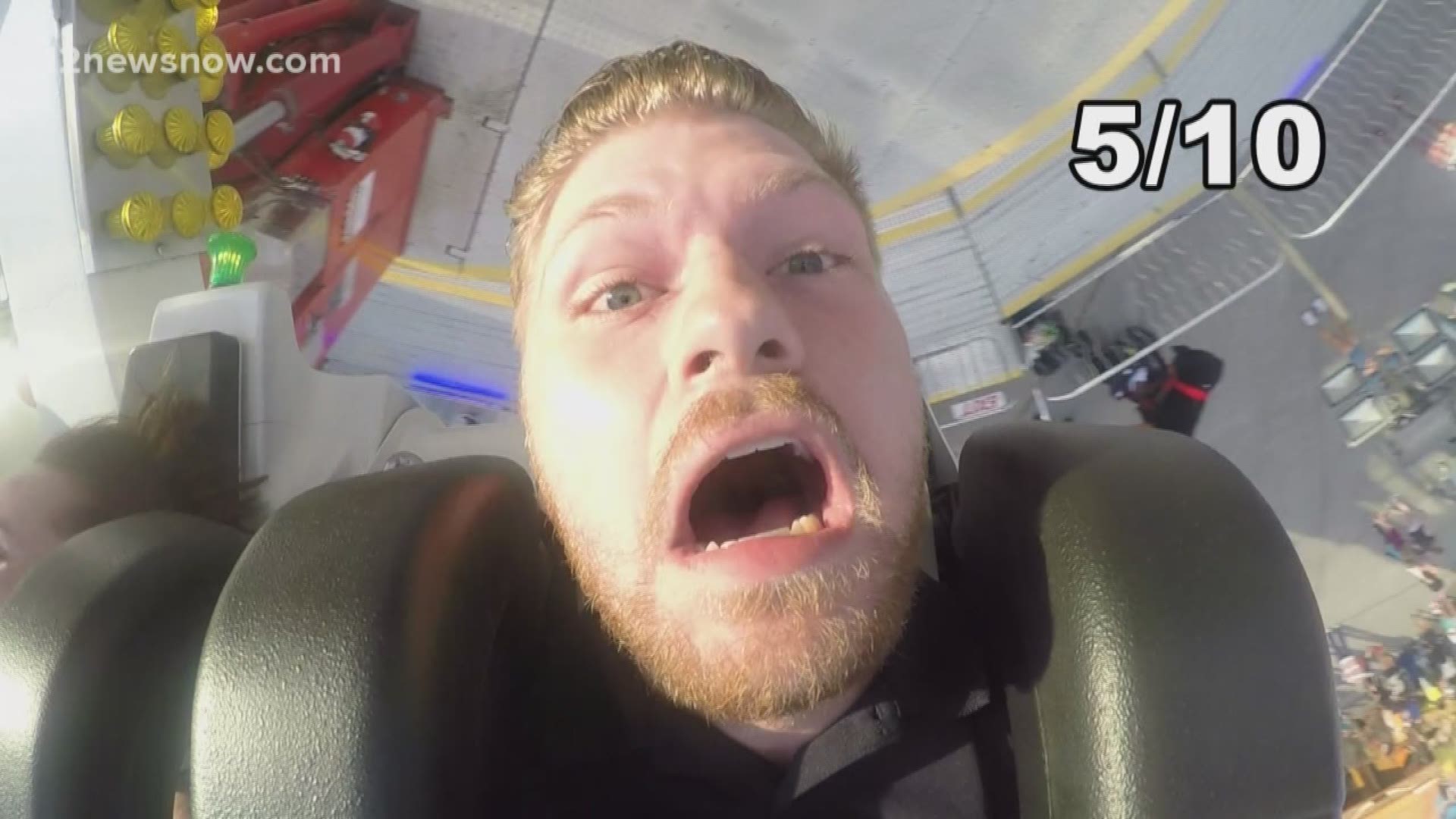 If you told 18-year-old Royden Ogletree that one day he would be getting paid to do stories about fair rides, he would have first, asked you how you knew so much about the future, and second, thought you were crazy. Well you wouldn't be crazy, because that is exactly what he is doing at the YMBL South Texas State Fair. Here are his ratings:

Spin Out: 5/10. Fun, but I had a sinking feeling that I was about to come out of my seat multiple times.

Sky Flyer: 8/10. After I got over my fear of heights, actually pretty fun. Great Views.

Kids ride: Little Dipper: 6/10, mostly because I'm too tall for this one, and you shouldn't ride it if you don't have kids. You'll get weird looks. 10/10 if you're actually a child though probably.

Super Shot: 6/10: The anticipation is probably the best thing about this ride. Not great if you have vertigo.

Click to watch his first and second review videos.