Next Thursday at Manning's on North 7th Street in Beaumont, they hope to help more people than ever. At their Thanksgiving dinner, anyone can be apart of the family. 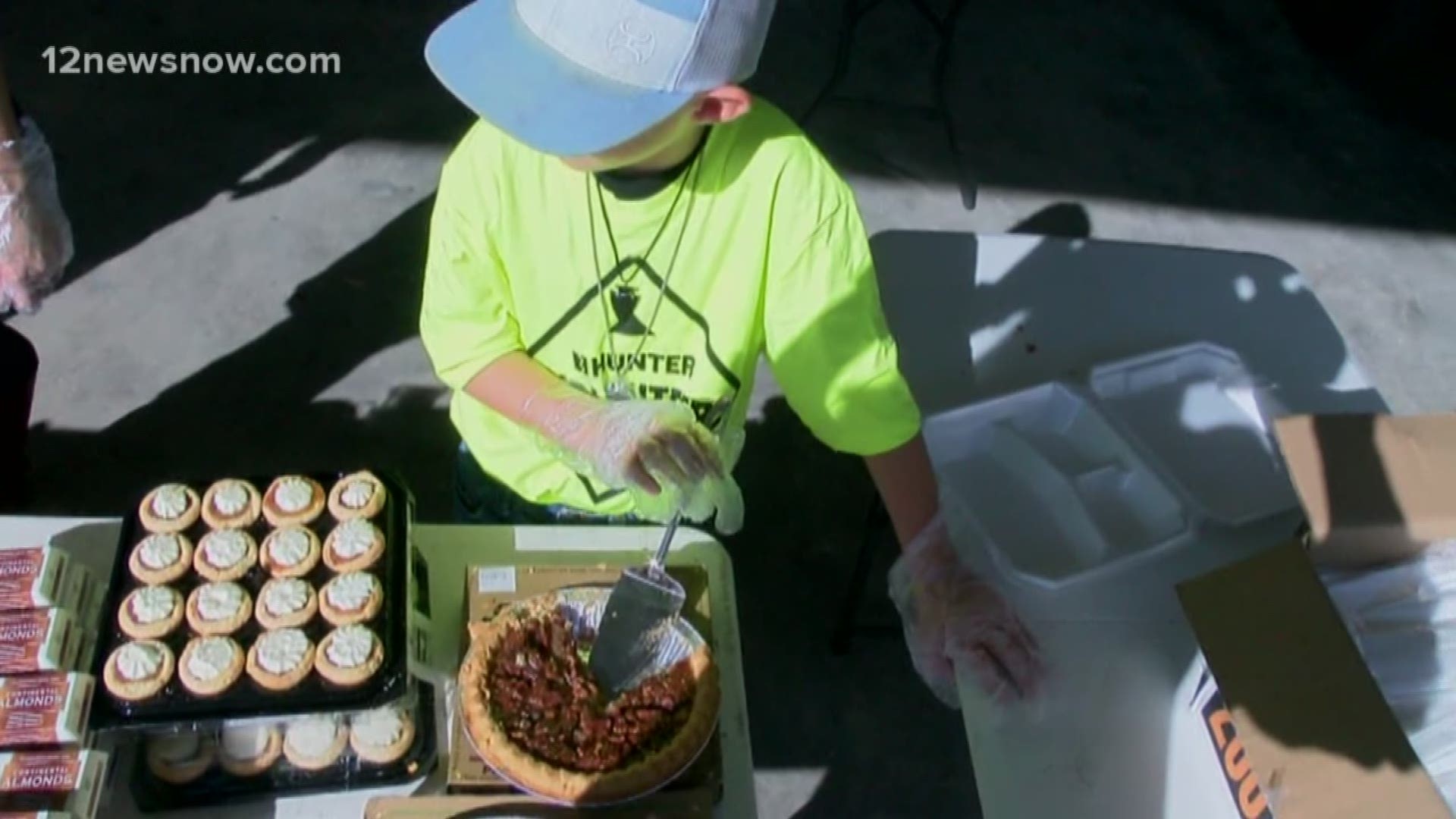 BEAUMONT, Texas — For the past four Thanksgivings, David Smith and his family have opened their hearts, their wallets, and their kitchens to help the less fortunate.

Next Thursday at Manning's on North 7th Street in Beaumont, they hope to help more people than ever. At their Thanksgiving dinner, anyone can be a part of the family.

"It's changed my view to where it's not always just about your close nit family," Smith said, "we have to become a big family of a community, not just individual families."

Each year the celebration has gotten bigger and bigger. Their first year, Smith says they fed 10-15 people, but last year they fed close to 200.

RELATED: Smith family Thanksgiving feeds almost 200 people who would have gone without

It's a tradition Smith and his kids started five years ago, but it's roots go way back. Back in the 70's, his dad was a Vidor City Councilman, and his family would spend their Thanksgiving feeding police officers and dispatchers. When Smith's mom died last year, the kids didn't want to have their usual Thanksgiving anymore, and instead decided to help those in need.

"It's a blessing when you sit there and see that your kids are raised right, and are giving back to the community," Smith said.

It's something they feel blessed to be able to do. Every year the invite is extended to the homeless, and anyone else who needs or doesn't have a place to go. Those interested can stop by Manning's, but the family also loads up a van with meals to deliver to those who can't come to them.

"You never know what their situation is, but you sit there and most of them just want you to listen to them," Smith said.

Over the years, they've been able to help some find jobs, and for others, simply offer that listening ear, and a warm meal. Last Christmas, David got to see the fruits of their efforts come full circle, when a man they helped out the first Thanksgiving came back to thank him.

"He came back to thank me because he has a job, he has a place to live, so you never know what kind of blessing you will be to somebody else," Smith said.

This year, the Smiths want those who were affected by Imelda to know they're more than welcome to join. Smith understands some may not have a kitchen to cook a Thanksgiving meal, and invites them to come by and pick one up.

The family is asking for donations this year. They hope to make care packages for the homeless, with travel size packs of hygiene products and clothes. Some companies like Coastal Welding, Hunter Sight Services, and Manning's sponsored things last year, like cases of water and turkeys.

"That was a blessing we didn't expect, so you never know where the blessings are going to come from," Smith said.

Smith also invites people to come out and be blessed, by serving food and helping those in need find clothes and other items. Their hoping to make this one the biggest yet. Anyone who wants to come pick up plates of food and drop them off to the homeless in their area is more than welcome to.

"It doesn't make a difference where it's at, as long as we meet the needs of the people," Smith said.

This year, they're planning on smoking 15 turkeys. They'll have plenty of dressing, sides and desserts.

"It'll be fun to see exactly how many we do feed, we keep growing each year, so hopefully we serve over 200 this year," Smith said.