An East Texas hunter who dove underwater to check his line discovered a gator about six feet away. 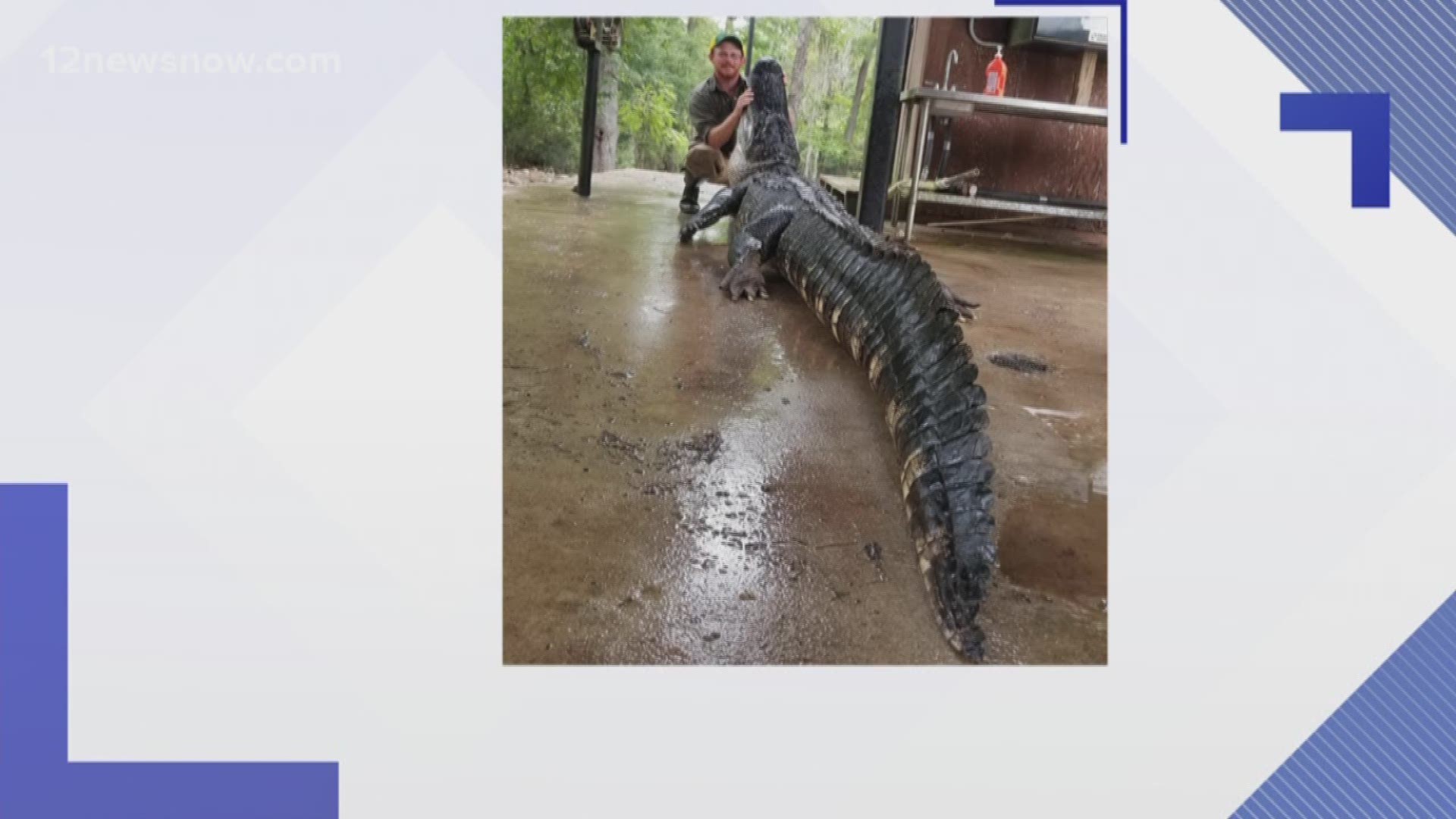 SILSBEE — A Silsbee man caught a 500-pound gator on the last day of gator season.

Brian Curtis was in six feet of swamp water, pulling on a line with no idea the gator was waiting for him on the other end. He caught the gator in Tyler County on a private property, an 8,000 acre hunting lease.

The 12-foot 3-inch gator was caught on Sunday, Sept. 30, the last day of hunting season.

After 20 days of monitoring, Curtis said he had given up hope of catching him. He had been following the gator since Sept.10, using wireless cameras that sent pictures to his cellphone.

Twice before, gators were able to eat the bait and escape before he arrived to check the line. Curtis said that he thought his line was caught on a log when he undressed and dove into underwater to get his hook and remove his line for the close of season on Sunday.

That's when he discovered the huge reptile at the other end of the line.

"It was out there tight in the water and I went to pull on it and it was huge," said Curtis.

He said he was within six feet of the gator when he discovered the animal. The bait that finally snagged the gator was a hog liver, Curtis said.

Curtis had the meat processed and plans on making boots, wallets and purses out of the dead gator's hide.