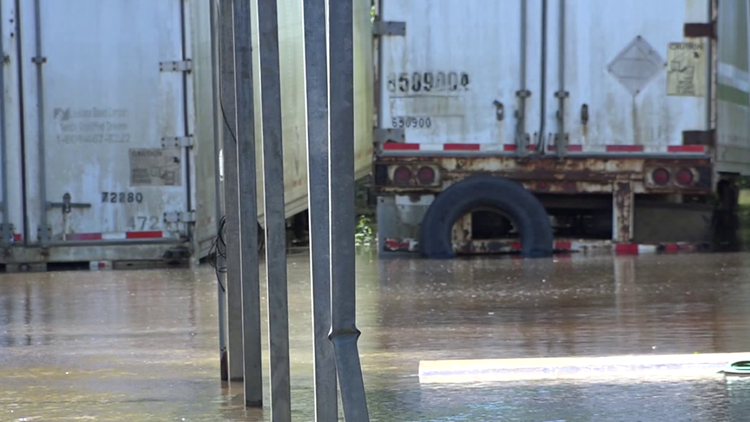 DEWEYVILLE — The Sabine river levels have many residents of Deweyville on high alert, roads are starting to look like rivers.

"We're traumatized because we've literally been through hell," says Valerie Sears, who lived on County Road 4154 in Deweyville.

Her home is like on an island, the Sabine River is spilling over making it's way over roads now several dozen feet away from her doorsteps.

"We get scared to death every time it rains," Sears says.

According to the Sabine River Authority, Toledo Bend Reservoir released over 44,000 cubic feet of water per second this weekend, increasing water levels along the Sabine River.

"it's not really rising or going down," Sears says.

Although the water releases have dropped to nearly half the amount, the remaining water is still flooding many streets.

"[If it floods again] ,we'll pack our stuff and we're not coming back," Sears says.

"Three times to rebuild is too much," she explains.

The water is expected to drain out within the next few days.