Rodney Reed calls into rally from jail ahead of appeal hearing: 'Everything’s going at a slow pace'

Days before death row inmate Rodney Reed’s appeal hearing is set to begin, supporters rallied in Bastrop and got a call from Reed in jail. 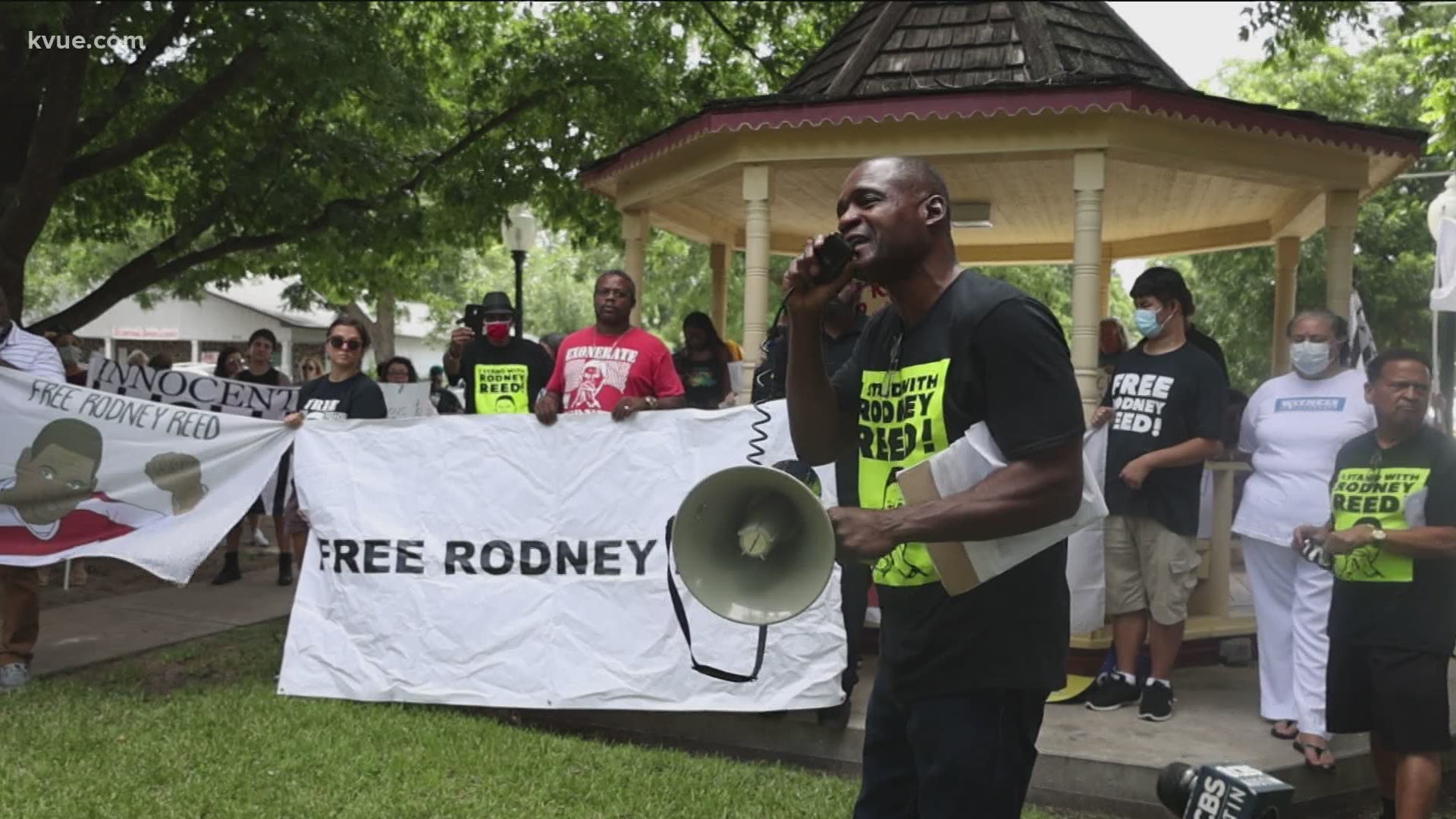 “I haven’t been able to reach out to most of my family in years. Decades,” Reed said over the phone to his supporters from jail. “Everything’s going at a slow pace. We’ll get there when we get there. But must continue the struggle to get there.”

After more than 20 years in prison, Reed spoke out on Saturday ahead of the appeal hearing, which is expected to last two weeks.

His defense attorneys are preparing to present new forensic evidence that they say shows Stacey Stites was not with Reed when she died.

Reed was convicted of capital murder for the 1996 death of Stites in Bastrop County. Police said it was just days before Stites' wedding when her body was found along a highway in Bastrop County. Authorities arrested Reed after his DNA matched the DNA found inside her body.

The death row inmate was granted a stay of execution in November 2019 days before his planned punishment as his case caught the attention of celebrities like Beyoncé and Kim Kardashian.

Kardashian’s support is again on full display ahead of his appeal hearing.

I STAND WITH RODNEY REED pic.twitter.com/RAqd0f9LzK

“Hopefully, it’ll end here, right here in Bastrop, not just for Rodney, but for Stacey, for you and me, and everybody involved,” said Rodrick Reed during the rally.

Heather Campbell Stobbs, a cousin of Stacy Stites, is one of Reed's supporters who wants his name cleared.

"I’m just so always touched by your family and their support and their love for you. And I just pray that the things that have been done to perpetuate this injustice that has happened to you and has happened to Stacey – that people will see it and that their eyes will be opened about it," Stobbs said on the phone with Reed.

Another Reed supporter is Democratic Texas Attorney General candidate Lee Merritt, who went to Saturday's rally and spoke with Reed on the phone as well. He said Reed's endorsement is his proudest.

"Our demand is that they free Rodney Reed and that he will be the tipping point for the abolition of the death penalty in Texas," Merritt said.

Reed maintains he is innocent. He says he and Stites were having a consensual affair. Stites' family believes Reed is guilty, while Reed's supporters say Stites' fiancé is the one to blame.

"I want to say that I love you all. And I appreciate you all," Reed said as the time ran out on his two phone calls from jail to the rally.

Supporters of Reed held a prayer vigil for him on Sunday evening. The group said they planned to stay there until 8 a.m. on Monday and would have a prayer convocation before his appeal hearing.

The appeal hearing is set to begin on July 19 and each side is expected to have a full week to argue the case.

What's the difference between Stage 3 and Stage 4 in Austin?