PORT NECHES, Texas — Residents across Southeast Texas and Southwest Louisiana were shaken out of their beds after a plant explosion in Port Neches.

The blast at the PCP Group Plant was reported at 12:50 a.m. Wednesday. Two employees and a contractor were injured during the explosion at the plant.

The explosion shattered windows and knocked doors off their hinges.

A 12News viewer shared photos of damage to a home off Landry Drive in Port Neches. You can see where the ceiling buckled during the blast.

Dramatic video from Ring doorbell cameras show a fireball lighting up the nigh sky at several homes throughout Port Neches. You can also see an apartment complex shake from the blast.

One resident told 12News says it felt like a pressure cooker exploding as the blast rocked their home.

The Market Basket in Port Neches has significant damage to their front glass windows. Crews were already on scene making repairs by 9 a.m. Wednesday morning.

The Avenue Coffee & Cafe on Port Neches Avenue also suffered damage. Merchandise was rattled off shelves and there was shattered glass throughout the store.

Dr. Mike Gonzales, superintendent of PNG ISD, says maintenance staff are currently assessing damage at the schools. There was damage reported at the high school, but Dr. Gonzales says the damage was minor. 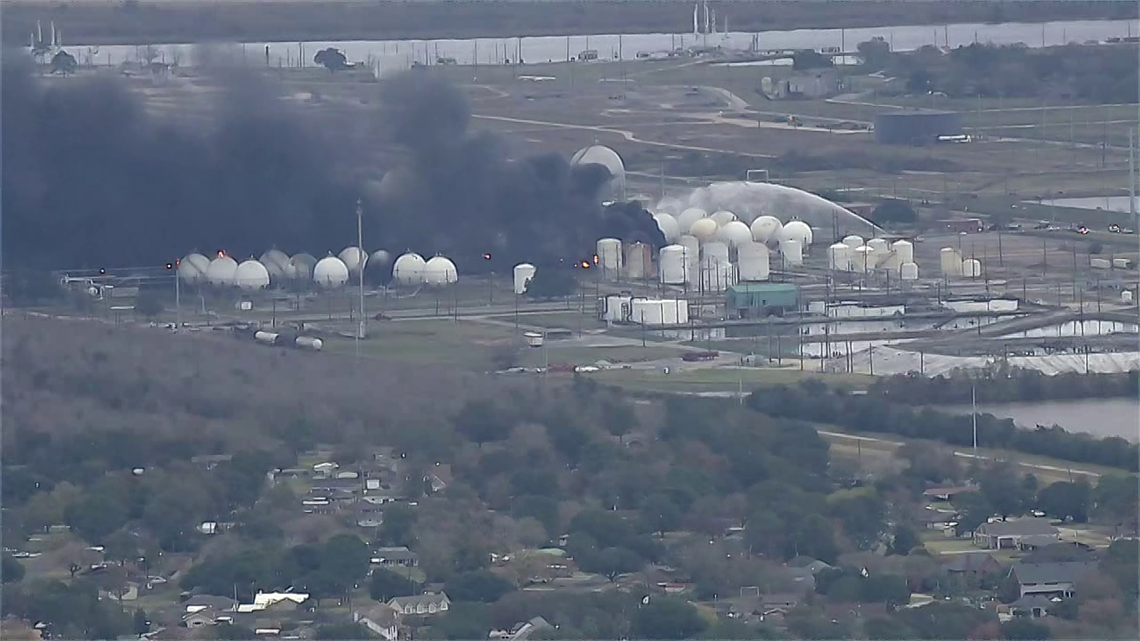