A report from the Sierra Club states that the German Pellets plant in Woodville is responsible for ten times more air pollution emissions than allowed by law. 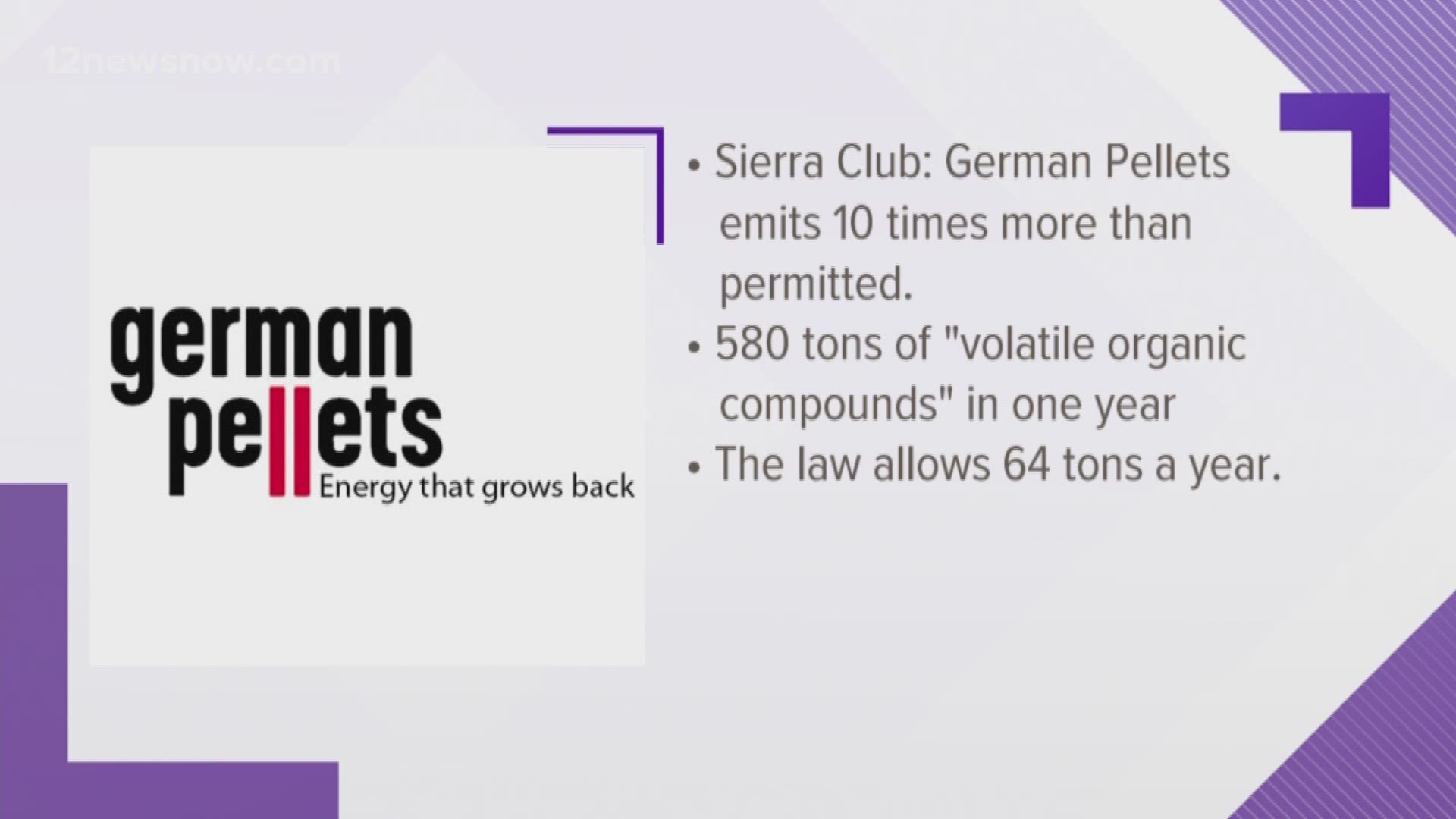 WOODVILLE — A Sierra Club report claims that German Pellets emitted 580 tons of volatile organic compounds per year.
TCEQ law allows for the emission of only 64 tons per year.

The report is asking for more pollution controls to protect Tyler County residents.

The plant is currently not operating. The same plant in Woodville ships pellets down to a company plant at the Port of Port Arthur.

That fire raised concerns about health hazards that may have been created by burning products.