The RAPID Act is a targeted, bipartisan initiative to reimburse farmers and ranchers for damages and vandalism on their property because of the border crisis.

TEXAS, USA — Congressman August Pfluger, TX-11, has announced the introduction of the RAPID (Reimbursing Agriculture Producers for Immigration Damages) Act. The act, according to a release from Pfluger's office, is a targeted, bipartisan initiative to reimburse farmers and ranchers for damages and vandalism occurring on their property because of the illegal border crisis.

The bill was introduced with bipartisan support from Texas lawmakers, including Representatives Tony Gonzales (TX-23), Henry Cuellar (TX-28) and Vicente Gonzalez (TX-15). The legislation is also endorsed by the Texas Farm Bureau (TFB) and the National Cattlemen's Beef Association (NCBA).

“Far too often, farm and ranch families in Texas and other border states are put at risk by the influx of illegal migrants crossing our southern border, and they are facing unprecedented levels of damage and vandalism to their properties,” Pfluger said in the release. "I have spoken with countless farmers and ranchers whose livelihoods are being threatened — it is time we secure our border and ensure our local communities don’t continue paying the price for this crisis. That is why I am proud to introduce the RAPID Act with Rep. Tony Gonzales, Rep. Henry Cuellar, and Rep. Vicente Gonzalez. This bipartisan proposal repurposes funding from the American Rescue Plan to reimburse farmers and ranchers along the southern border for specified damages stemming from illegal immigration. I appreciate my colleagues in joining me in this important effort.”

“I hear from farmers and ranchers daily who experience damage on their property from illegal migrants trespassing across their land,” Tony Gonzales said in the release. “In many cases, our farmers – who are already struggling due to the pandemic and severe Texas weather earlier this year – are having to pay for these repairs out of their own pockets. Texans should not be responsible for the losses at the hands of the Biden border crisis and are entitled to reimbursement for the damages they have sustained.”

“The cost of illegal immigration is growing. Farmers and ranchers are confronting damages to their crops and residences by illegal immigrants trespassing to avoid law enforcement. Locally, Texas’ farms and ranches cover over 125 million acres of land. These farms and ranches have been critical to keeping food in our grocery stores during the pandemic,” Cuellar said in the release from Pfluger's office. “The RAPID Act will support our farmers and ranchers by providing reimbursements for qualified damages due to illegal immigration - such as livestock loss and crop and property damage. This bill will establish the Emergency Land and Food Program to implement these reimbursements, while prioritizing agriculture producers located in counties with high levels of immigration along the Southern Border. I am proud to provide critical resources to our rural communities. I want to thank Congressman Pfluger for his leadership in this effort.”

Vicente Gonzalez said, “When fencing on ranch land is cut due to increased migration, it takes a serious financial toll on South Texas farmers and ranchers. I support this bipartisan bill to reimburse these landowners and ensure they have the necessary funds to restore their property. We must continue working together to address the root causes of migration to prevent these incidents from happening.”

“Texas Farm Bureau has been listening to the concerns of many farmers and ranchers who have experienced significant property damages due to the influx of illegal immigration,” TFB President Russell Boening said. “These hardworking families are enduring additional costs due to cut fences, vandalized property, stolen equipment and more. We appreciate Congressmen August Pfluger, Tony Gonzales, Henry Cuellar, and Vicente Gonzalez for offering a commonsense and tailored solution to these unprecedented issues by reimbursing hardworking farm and ranch families for qualified damages. While a long term fix to our nation’s border crisis is desperately needed, this assistance will help struggling producers in the meantime. TFB looks forward to working with these leaders and others in Congress to pass this legislation.”

“As stewards of large sections of the Southern Border, ranchers suffer a disproportionate share of the burden associated with illegal border crossings,” NCBA Vice President of Government Affairs Ethan Lane said. “Not only do illegal border crossings damage property and livestock, but they also endanger ranchers and their families. We are extremely grateful to Representatives Pfluger, Cuellar, Gonzales, and Gonzalez for their bipartisan support for ranchers whose land and livelihood have been harmed by the border crisis.” 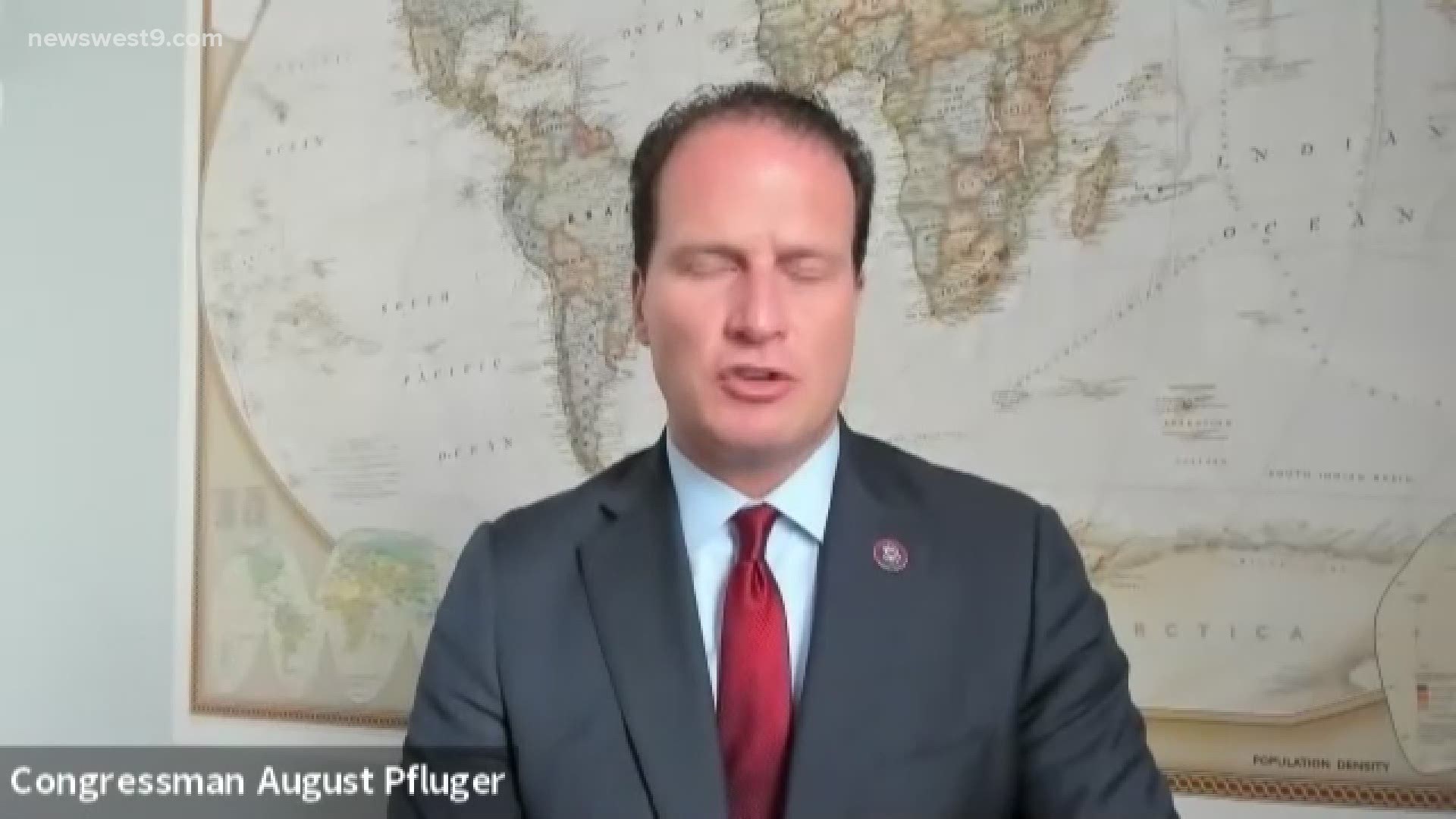