Deshotel released a statement Friday citing his long-time support of the oil and gas industry and its labor unions. 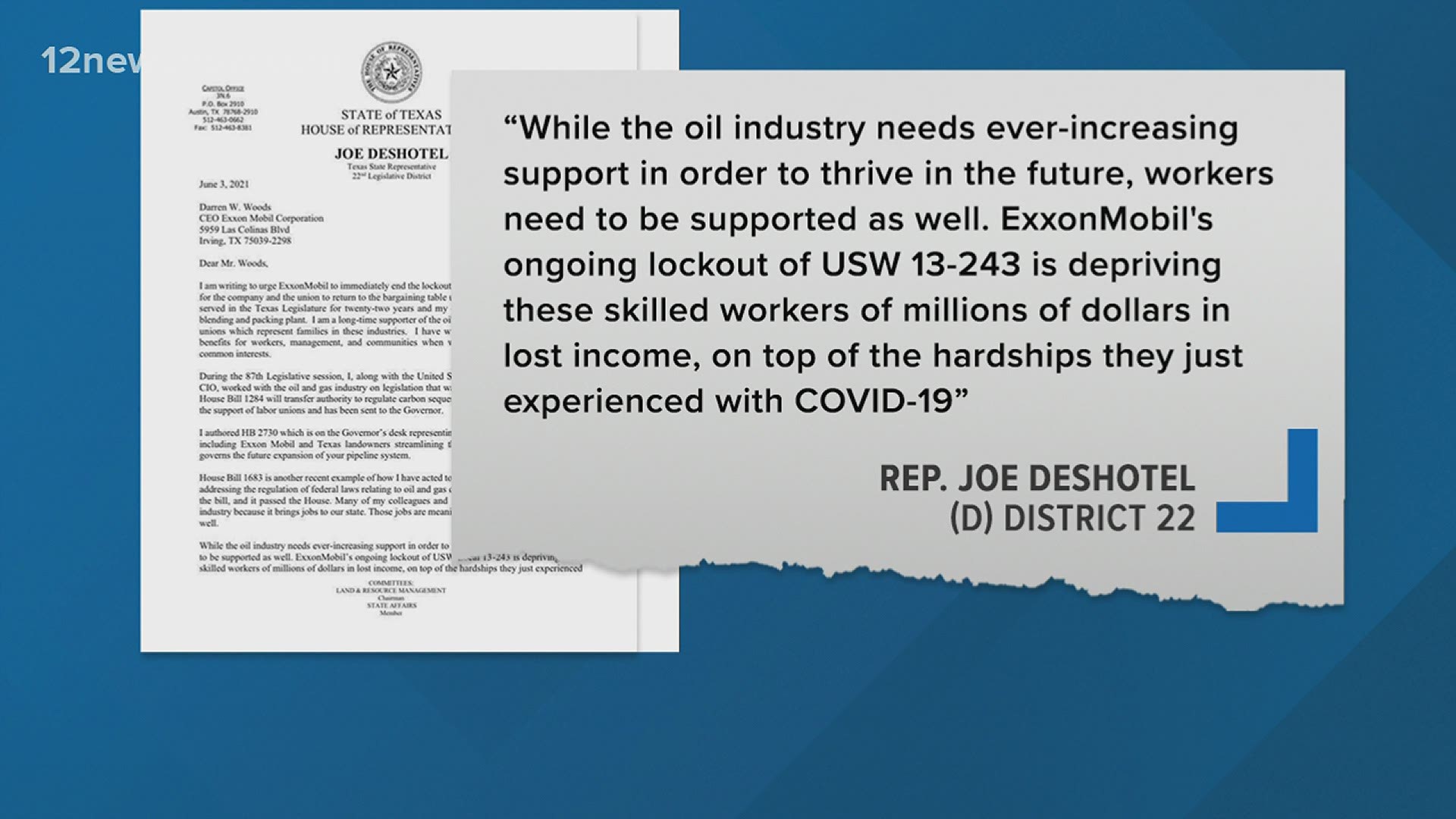 BEAUMONT, Texas — State Representative Joe Deshotel, D-Beaumont, is urging ExxonMobil to reach a deal with the United Steelworkers union that would end the lockout at the energy giant’s Beaumont operations.

USW Local 13-243's 650 members have been locked out of the Beaumont plant since May 1 after talks between them and the company stalled.

Deshotel released a statement Friday in a letter address to CEO Darren Woods, citing his long-time support of the oil and gas industry and its labor unions.

“ExxonMobil’s ongoing lockout of USW Local 13-243 is depriving these skilled workers of millions of dollars in lost income, on top of hardships they just experienced with COVID-19 and doing harm to the businesses and community services in my district, which benefit workers spending their hard-earned wages.”

The local union began bargaining a new contract in January, but those negotiations led to little movement on either side. On April 23, ExxonMobil provided the local with written notice of its intention to lockout members starting May 1.

In the first meeting between Local 13-243 and ExxonMobil since the lockout, a six-year deal was proposed but ultimately rejected by the union.

Exxon said the deal would provide refinery-specific wage increases, but it eliminates "senior bidding" for jobs, which prioritizes employees who wish to transfer within the plant based on how long they've been employed. That has been one of the areas of contention for the two sides.

Deshotel has written House Bills and acted in support of the Texas oil industry throughout his 22 years of service in the Texas Legislature.

"I am a long-time supporter of the oil and gas industry and of the labor unions which represent families in these industries. I have witnessed the long-term economic benefits of workers, management, and communities when we work together to pursue our common interests," Deshotel said.