We are three days away from partially reopening the state, and new Texas COVID-19 models show our projected death toll is shooting back up. 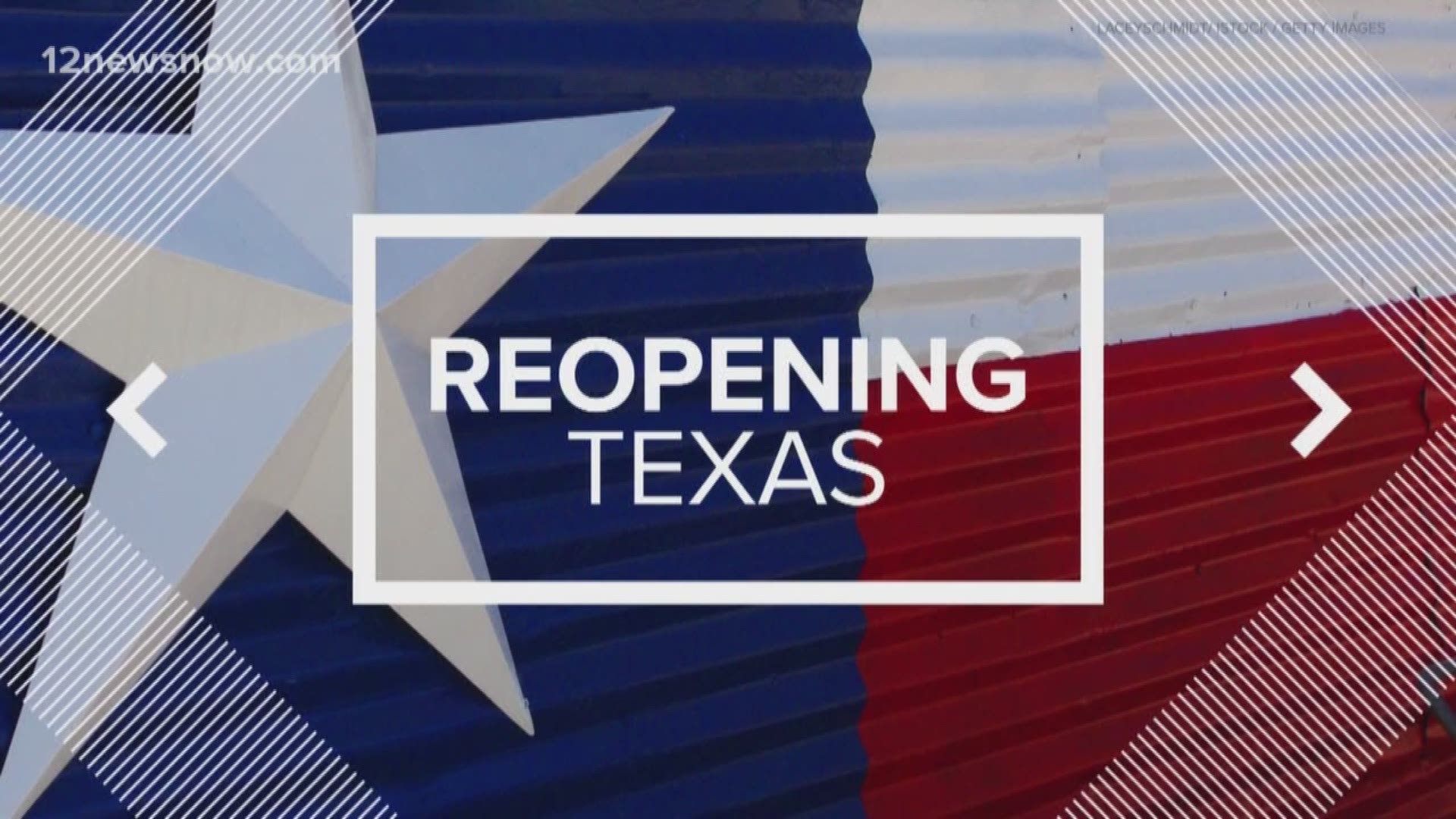 BEAUMONT, Texas — We know people are eager to get back to work, but the numbers show Texas may be taking a risk while doing so.

We are just three days away from partially reopening the state, and new Texas COVID-19 models show our projected death toll is shooting back up.

The IHME model says 1,657 deaths are expected are through August 2020. That's now nearly double what was projected last week.

The model updates in real time as circumstances change. One model recommends extending a stay-home-order until at least June, but that will not happen in Texas.

Medical officials said the data shows Texas does not yet have the health systems in place to safely reopen.

Jefferson County Judge Jeff Branick said local officials are going to do everything they can to keep the community safe.

With Texas set to expand reopening on Friday, doctors say testing and contact tracing will be vital in making sure we limit the spread of COVID-19 as much as possible.

Gov. Greg Abbott laid out his plan Monday. He hopes to test as many as 25,000 people per day for coronavirus. But here in Jefferson County, Judge Branick said we have a ways to go.

"Hardin County has already tested about 1.34 percent of its population. Of course, we are bigger so we are only at 0.88 percent. The governor would like to see 2 percent of our population tested, so we have a ways to go," said Judge Branick.

Health experts say testing is key to a national reopening. Dr. David Fleeger, the president of the Texas Medical Association, agrees with the governor's approach. He also thinks hospitals are prepared if we see a surge, but more needs to be done as far as testing and contact tracing.

"Yes, our hospitals are going to need to be able to deal with increased risk of having surges especially in the fall or spring, would be common times to have respiratory disease in general," said Dr. Fleeger.

Even after restaurants and retail stores reopen, Judge Branick recommends older Americans and those with underlying health conditions wait a little longer before heading back to public places.

Retailers, restaurants, movie theaters, and malls have the green light to reopen Friday in a limited capacity.

Gov. Abbott laid out a three-phase plan for contact tracing.

Phase one is already done: to make sure there are at least 1,100 contact tracers, to develop an app and a call center for tracing.

Phase two started yesterday, which is to increase the number of tracers, and to make the app and call center available statewide.

Phase three will start on May 11. This phase involves increasing the number of tracers to 4,000 and to share the app with local health departments.

Judge Branick said so far the county health department has been taking care of this but hopes it will change soon.

"The governor said he was going to set up a call center at the state level. I’m hopeful that assistance will be forth coming relatively soon," said Judge Branick.

This is only phase one. There would need to be evidence of no spike in positive cases to be able to move on to phase two. 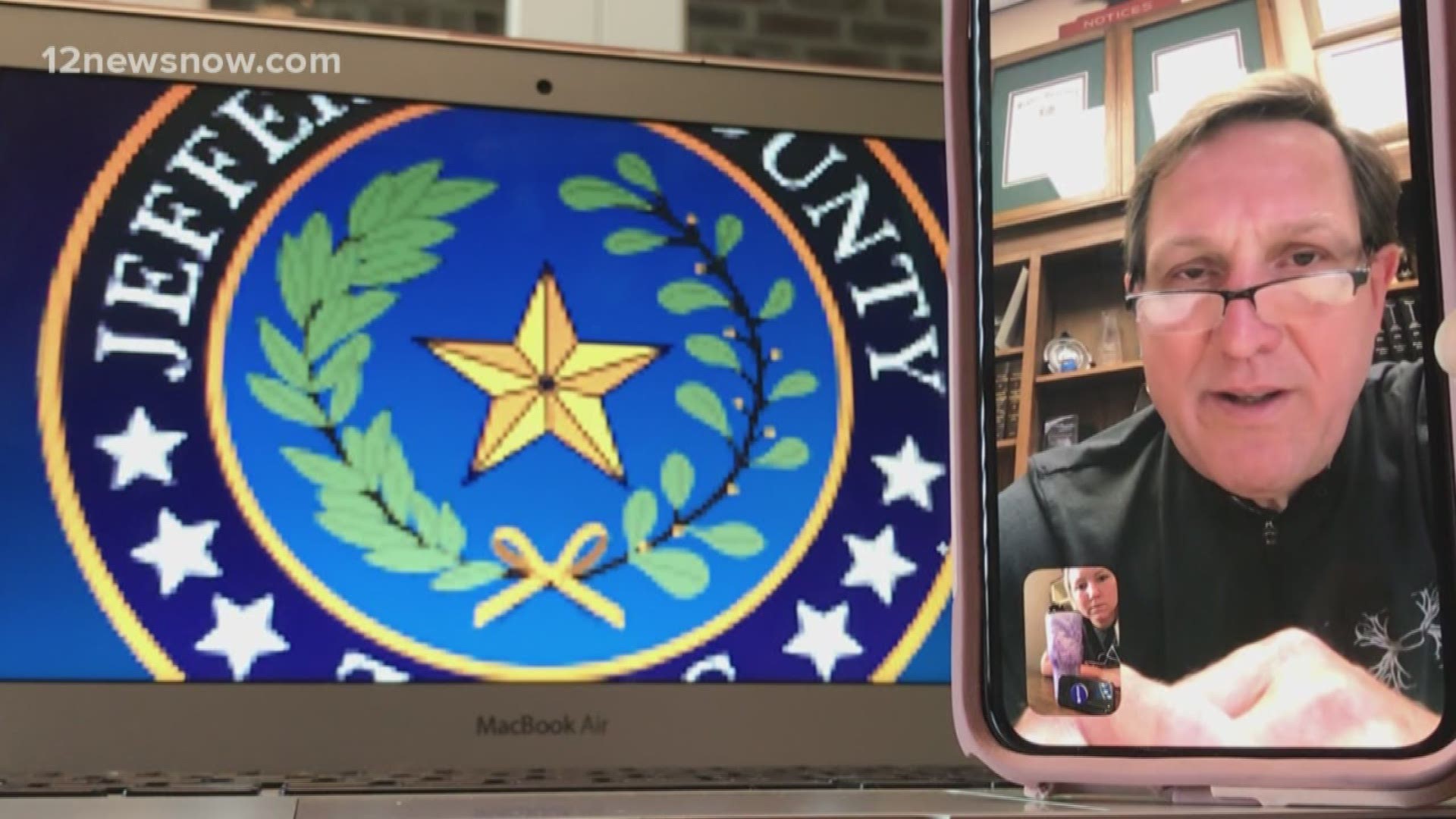