Red Bud Isle remains closed and pet owners are still urged to keep their animals out of Lady Bird Lake. 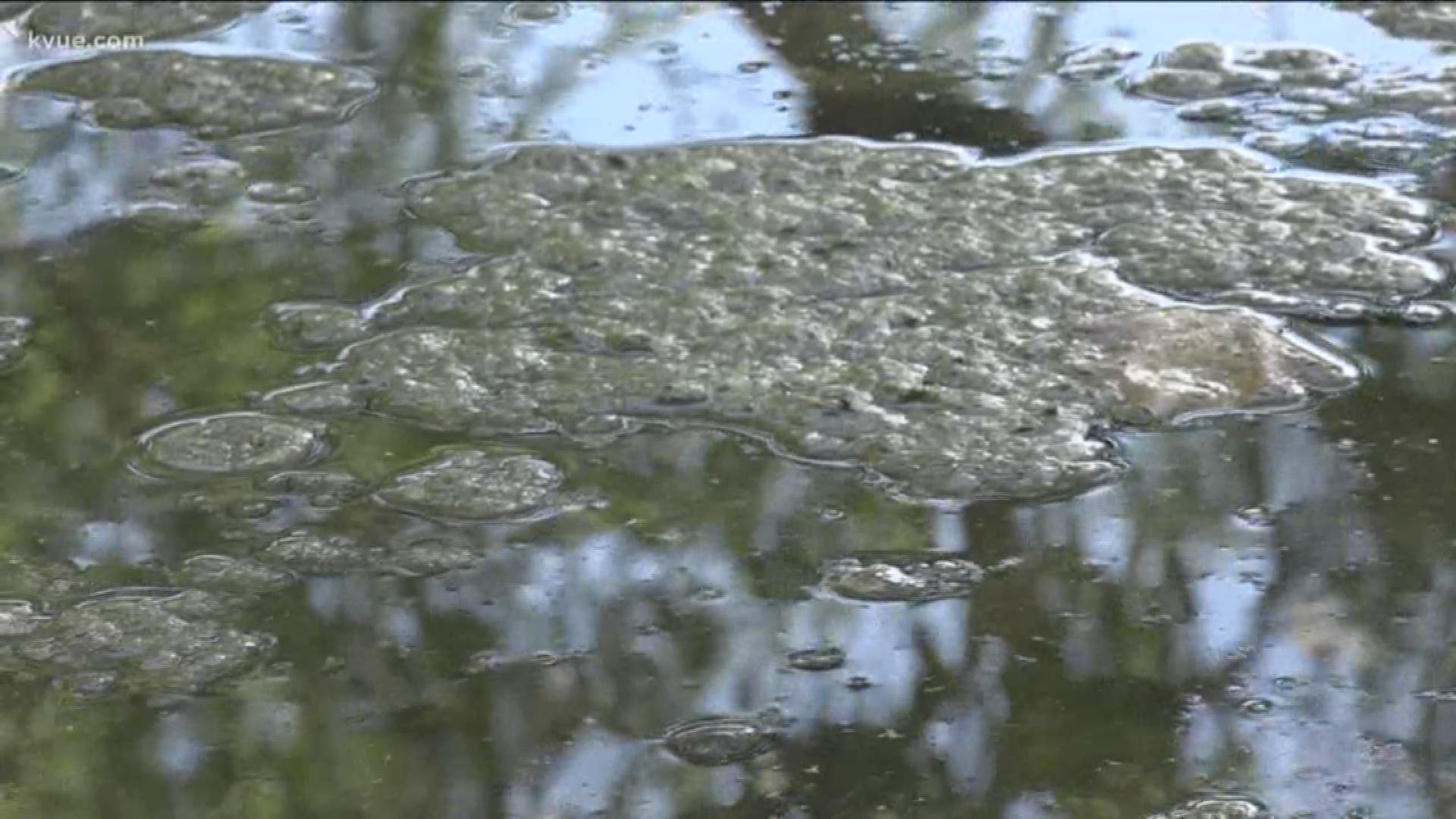 AUSTIN, Texas — Although the City of Austin urged pet owners not to let their pets swim or drink the water in Lady Bird Lake after receiving reports of a number of dog deaths, preliminary test results have shown low to zero levels of the harmful neurotoxins produced by blue-green algae.

According to a press release from the City on Friday, two samples of algae taken at Red Bud Isle show low levels. But the toxin was not found in any of the water samples or in other algae samples. And, at Lady Bird Lake, sampling has shown that much of the algae in the area are harmless at this time.

City leaders said samples of water and algae were taken from eight locations on Lady Birdy Lake, with additional samples taken at the Walsh Boat Ramp on Lake Austin and downstream of Longhorn Dam.

At this time, officials believe the toxin appears to be localized near Red Bud Isle, which remains closed. Signs have been placed in the area since Sunday evening as a warning to pet owners.

Though levels may appear harmless at Lady Bird Lake, officials said the algae can move so people should continue to minimize their exposure to the water and avoid all contact with algae. Thus, pet owners should continue to keep their pets out of the water.

Experts took more algae samples Friday at the mouth of Barton Creek to identify the type of algae there. Algae that can produce toxins can only be identified through laboratory testing.

Algae, including blue-green algae, is naturally occurring and not uncommon to be found in Austin's lakes. It tends to be more abundant near the shore and in areas with low water flow. City leaders said they have never been aware of the neurotoxins produced by blue-green algae having an effect at Lady Bird Lake.

'I love you for all of time': Woman sends warning when dog dies after swimming in Lady Bird Lake

Staff at Watershed Protection tests Lady Bird Lake nine times out of the year for possible pollutants, water chemistry and other water quality indicators. This includes testing sediments found at the bottom of the lake once a year. Based on the current blue-green algae event, staff will be working on a new testing protocol to continue monitoring algal toxicity on Lady Bird Lake.

Drinking water remains unaffected by the situation, and there are no concerns for drinking quality at this time. Austin Water does not currently use Lady Bird Lake as a drinking source.

Dogs who have ingested the blue-green algae toxin could have any of the following symptoms, which could lead to respiratory paralysis or death:

In people, the possible symptoms may be:

Austin Public Health said it has not received any reports of treating people related to exposure to the water but it will continue to monitor that. If people or pets come into contact with the water they are urged to rinse off – and seek medical attention if any of the symptoms above occur.

Austin police: Woman forced out of pickup truck in underwear in sexual assault