Representatives from the union joined locked-out workers at Jefferson County Commissioner's Court where they asked county officials for help reaching an agreement. 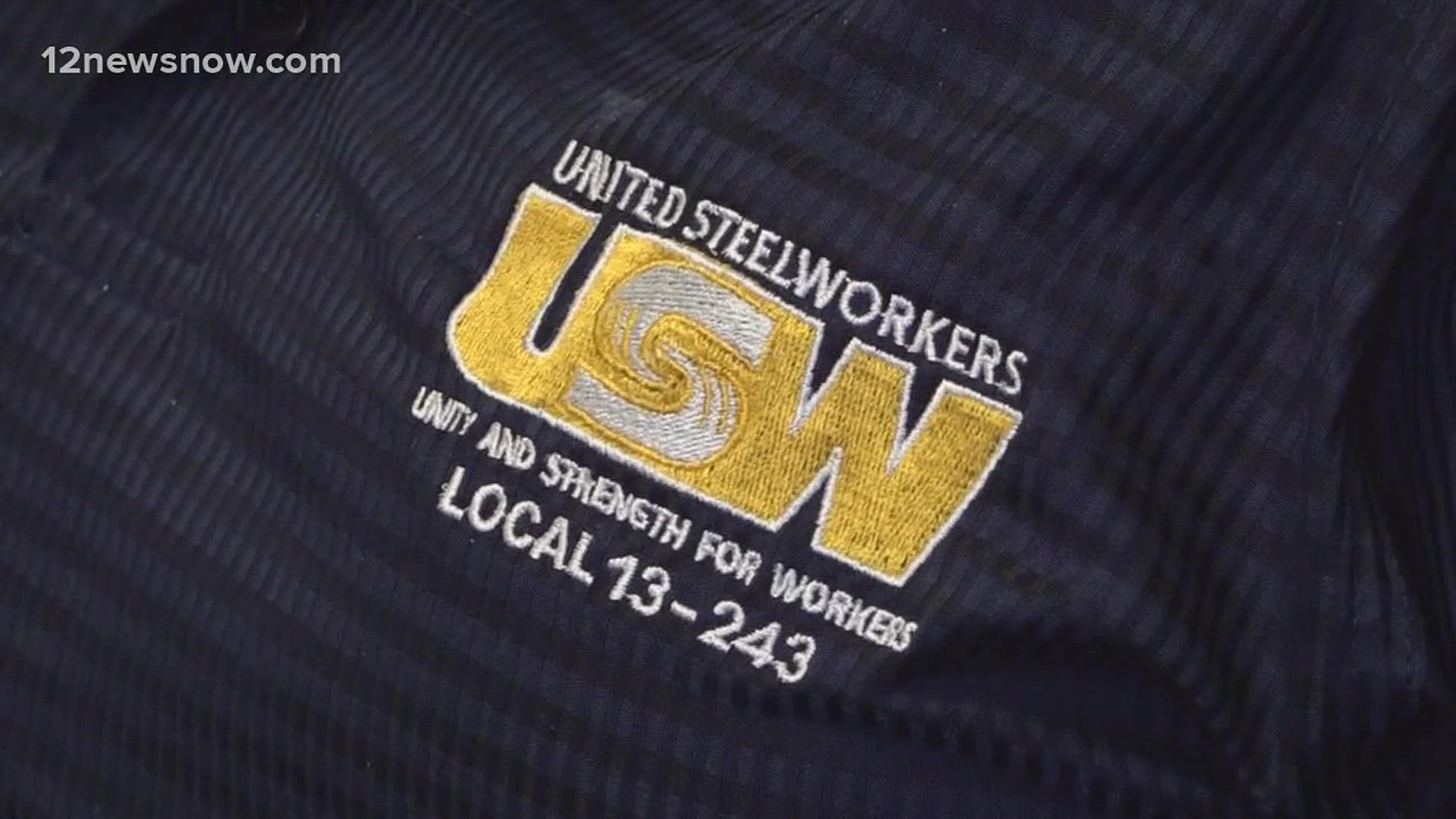 BEAUMONT, Texas — The local United Steelworkers union and locked out ExxonMobil plant workers continue to be at a crossroads in negotiations with the energy giant.

Representatives from the USW Local 13-243 Tuesday joined locked-out workers at Jefferson County Commissioner's Court, where they asked county officials for help reaching an agreement with ExxonMobil.

"Every day, that highly trained, skilled steelworkers are off the job puts our community at risk," said Meekie Moseley with the local United Steelworker’s union.

The union's 650 members have been locked out of the Beaumont plant since May 1 after talks between them and the company stalled. Four months after the initial lockout of ExxonMobil workers and negotiations remain at a standstill.

Moseley said the longer these workers are out of work, the more the safety of employees and our community is compromised.

"Right now, the refinery is being operated by temporary replacement workers who lack our deep knowledge of the operations and how to best respond in emergency situations," Moseley said.

Bryan Gross with the United Steelworkers union agrees. He said it's not about money at this point, but rather the safety and seniority of the workers.

"[The] biggest thing about seniority is it takes all aspects,” Gross said. “Any other aspects out of it, you don't have to do an interview with a supervisor that doesn't like you. Race, any of those things it does not come into play."

Like Moseley, Gross said there have been some safety incidents that created renewed concerns.

“The flaring, they had a fire last week. I think it was a small tank fire," Gross said.

The most recent negotiation between the union and ExxonMobil representatives was Thursday, Sept. 2, 2021. Gross said the union and the Exxon workers have some dates coming up to meet with Exxon.

The longer these negotiations drag out, the longer workers like Christopher Edwards are affected.

Edwards, who has been with the Beaumont Exxon plant for nearly eight years, said it's been tough being locked out, but he appreciates all the support he and other workers have received from the community.

"Just the donations and outpouring from the community will help ease the pain for our members, and we greatly appreciate that," Edwards said.

ExxonMobil has been actively engaged in good faith negotiations since January 2021. Despite extensive efforts, both sides remain far apart. The company’s current offer remains available for a vote by the membership. ExxonMobil continues to operate Beaumont safely and reliably with a highly competent staff of supervisors and engineers with more than 100,000 hours of training.We will continue to engage in good faith negotiations with the union until a contract is ratified.

For additional information, please reference the latest update posted to our website on Sept. 1, link here.

Since employees are locked out, how is the refinery running safely?

Are the provisions being discussed with the USW related to safety issues?