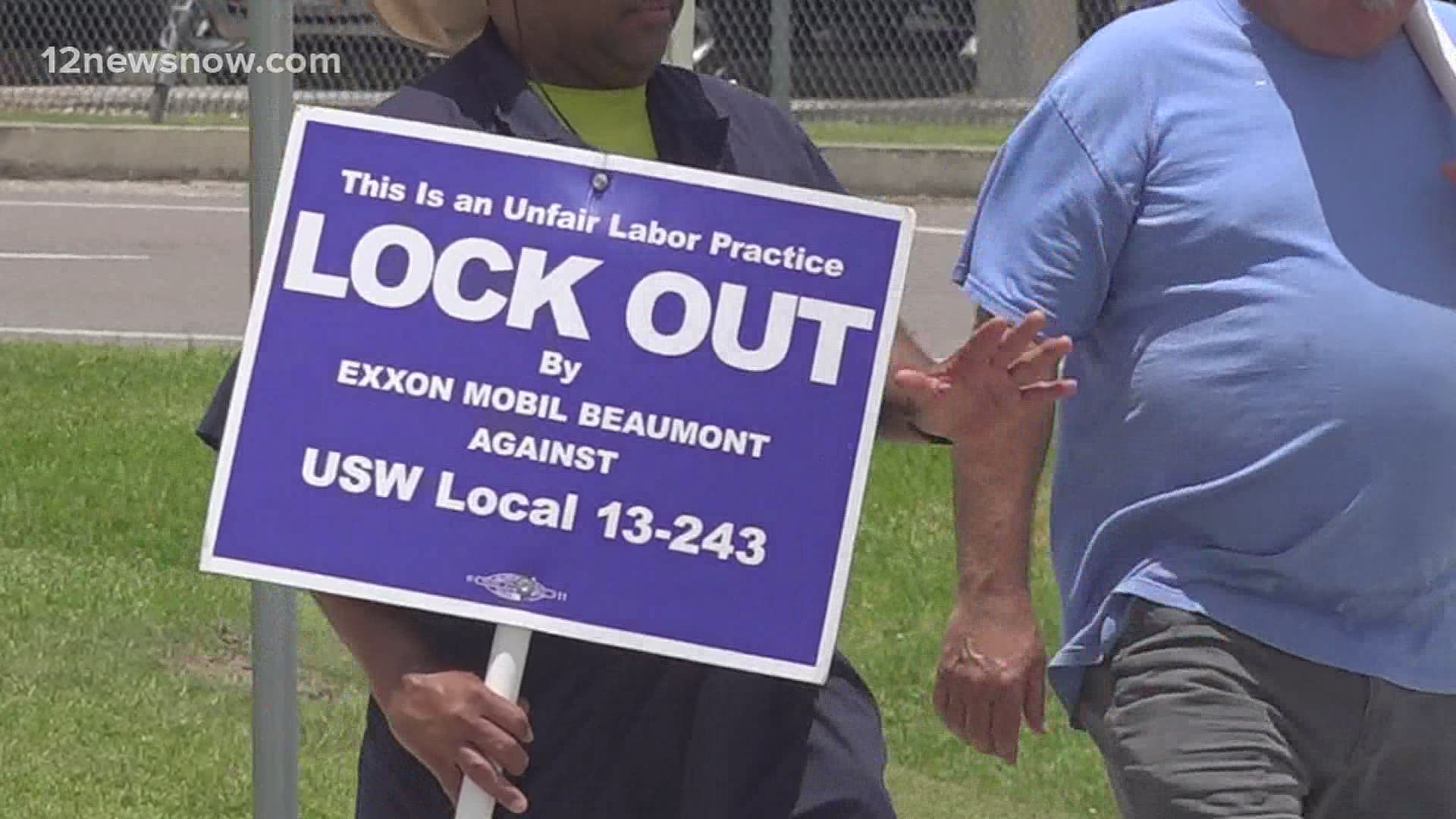 BEAUMONT, Texas — It's been nearly a month since union steelworkers and have sat down with ExxonMobil as the union's workers continue to be locked out.

Representatives of United Steelworkers Local 13-243 have recently reached out to ExxonMobil about possibly meeting next week according to union spokesperson Richard "Hoot" Landry.

In an email sent to 12News after their May 12 meeting, ExxonMobil said their new deal would last for six years, through January 31, 2027.

The lockout has been hard on workers and their families Landry told 12News on Tuesday.