Twenty-one states signed onto the multi-state lawsuit led by Texas and Montana. 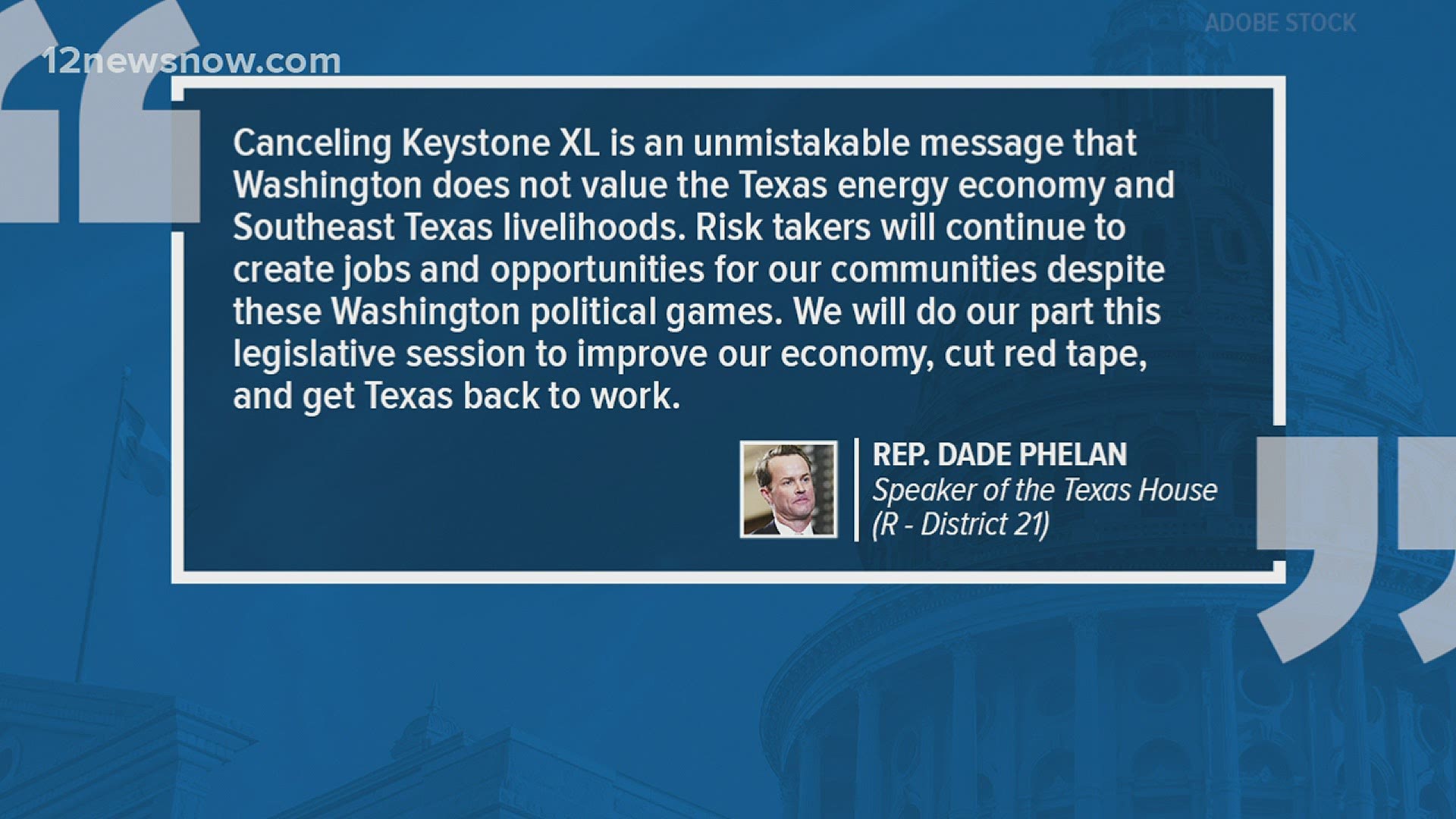 BEAUMONT, Texas — Twenty-one states, led by Texas and Montana, filed a lawsuit Wednesday against the Biden administration for revoking a permit for the long-disputed Keystone XL pipeline.

The complaint, filed in a Texas federal district court by Texas Attorney General Ken Paxton and Montana Attorney General Austin Knudsen, argues the president exceeded his authority when he canceled the pipeline’s permit after being sworn in on Jan 20. The decision should rest with Congress, according to the lawsuit.

The project was supposed to move Canadian crude oil to the U.S. — and on to Texas Gulf Coast refineries. But it has been a flashpoint in fights over economic development, fossil fuels and environmentalism.

Biden said in an executive order revoking the permit that letting it remain was inconsistent with his administration’s “economic and climate imperatives.”

Former President Donald Trump granted a permit in 2019. The Obama administration denied one in 2015.

According to the complaint, the states expect cancellation of the pipeline would lead to a significant loss in tax revenue that would have particularly benefited “poorer rural areas.” The project was expected to create high-paying union jobs in several states, the complaint says.

The contract Biden yanked revolves around a proposed part of the pipeline that would stretch from Canada to Nebraska. A portion of the project has already been built through East Texas.

Biden’s swift moves to combat global warming brought equally quick criticisms from state officials that Texas oil and gas jobs are in danger. But their comments often ignore that there is a global push in the free market to limit reliance on fossil fuels, and their rhetoric belies the benefits Texas’ oil and gas sector could see from Biden’s early moves.

"People have a sort of litmus test gut reaction to the cancellation of the Keystone pipeline, but the reality is it's not likely to have an impact on Texas employment,” Amy Myers Jaffe, managing director of the Climate Policy Lab at Tufts University in Boston, told The Texas Tribune earlier this year.

Editor's Note: This story was first published by The Texas Tribune. Mitchell Fermann contributed to this report.