During Commissioners Court Tuesday, the proposal brought out strong opinions from those in favor, and opposed. 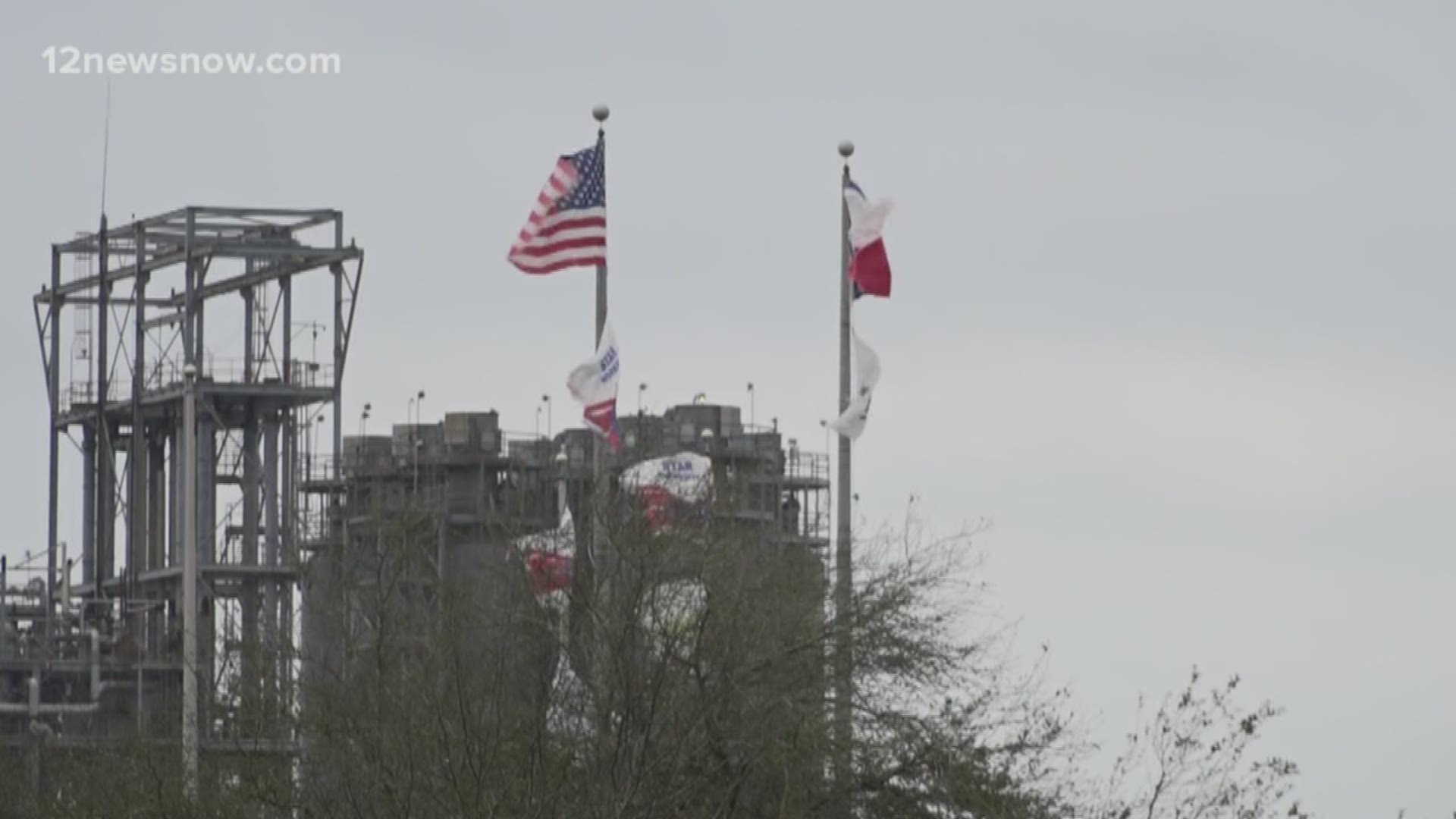 Orange County Judge Dean Crooks opposes tax breaks for the company, saying it robs from the citizen. Crooks said there's nothing wrong with businesses coming in and taking a good deal, but that it was their job to get the best deal for the county.

"We get our money by taxing, and we use that money for the things that the people want us to do," Crooks said.

The commissioners, on the other hand, feel the the proposal would be the best deal for the county. Some fear Crooks comments may have put the deal in jeopardy.

"It could send the wrong message to people thinking that we aren't open for business, and that we're not fully supportive of this project because we really are," Precinct 1 Commissioner Johnny Trahan said.

Trahan said he and the other commissioners stand in support of the plant coming to Orange County. He said he's heard great feed back from the community.

"I've never seen this many people come together in agreement of any one thing in this county before," Trahan said.

Trahan said he sees no negatives about the project. He said the project would bring in around five-ten thousand construction jobs, and about 500 permanent positions. The addition of those jobs would create a ripple effect that would benefit the entire community.

Precinct 4 Commissioner Robert Viator agrees with Trahan. He said the plant would greatly benefit the community for generations to come.

"We're talking about our kids, our kids kids, it's huge for our county," Viator said.

Trahan said most places on chemical row have been there for over 50 years. He said the ethylene plant could bring in new companies, inventory taxes, more people coming in to build houses and, in turn. buying products, creating a bigger market.

The plant would also be in split between West Orange-Cove and Bridge City School Districts. Trahan said this could prevent any future financial difficulties for them.

Bridge City Superintendent Todd Lintzen said they've accepted a 313 agreement with Chevron Phillips. The next step is for the comptroller to complete an economic impact study, which they have 150 days to do.

Lintzen said there would be lots of positives for the district.

"We're extremely excited about the possibility for this partnership because we know it's going to benefit our students and our community," Lintzen said.

Trahan, like Linzten sees no drawbacks in the plant locating in Orange County. He's hopeful Chevron Phillips will choose Orange in the end.

"I hope Chevron sees this and I hope that they understand that this county is open for business and ready for them to be here," Lintzen said.

We remain very encouraged by the fundamentals supporting an additional petrochemical investment in the U.S. Gulf Coast. The availability of competitive feedstocks in the region and growing worldwide demand for our products appear to support such an initiative. We have formed a team to study the scope and options for a potential new project. As part of the feasibility evaluation, we will be submitting various applications to help us make an informed decision on investment options and site locations. However, it would be premature to make an announcement on the specifics of the project.

At this point in time, Orange, Texas, is a finalist undergoing due diligence for a new petrochemical investment if we make a final investment decision to proceed. However, the location is only one of the alternatives we are considering along the U.S. Gulf Coast. It would simply be premature to say that Orange is definitively where we would put a new petrochemical facility if we decide to build one. As in the past, we would expect to make a public announcement upon a final investment decision.