Preparation of the site at Port of Port Arthur has been completed and construction can begin according to the release. The expansion will cost roughly $37.2 million. 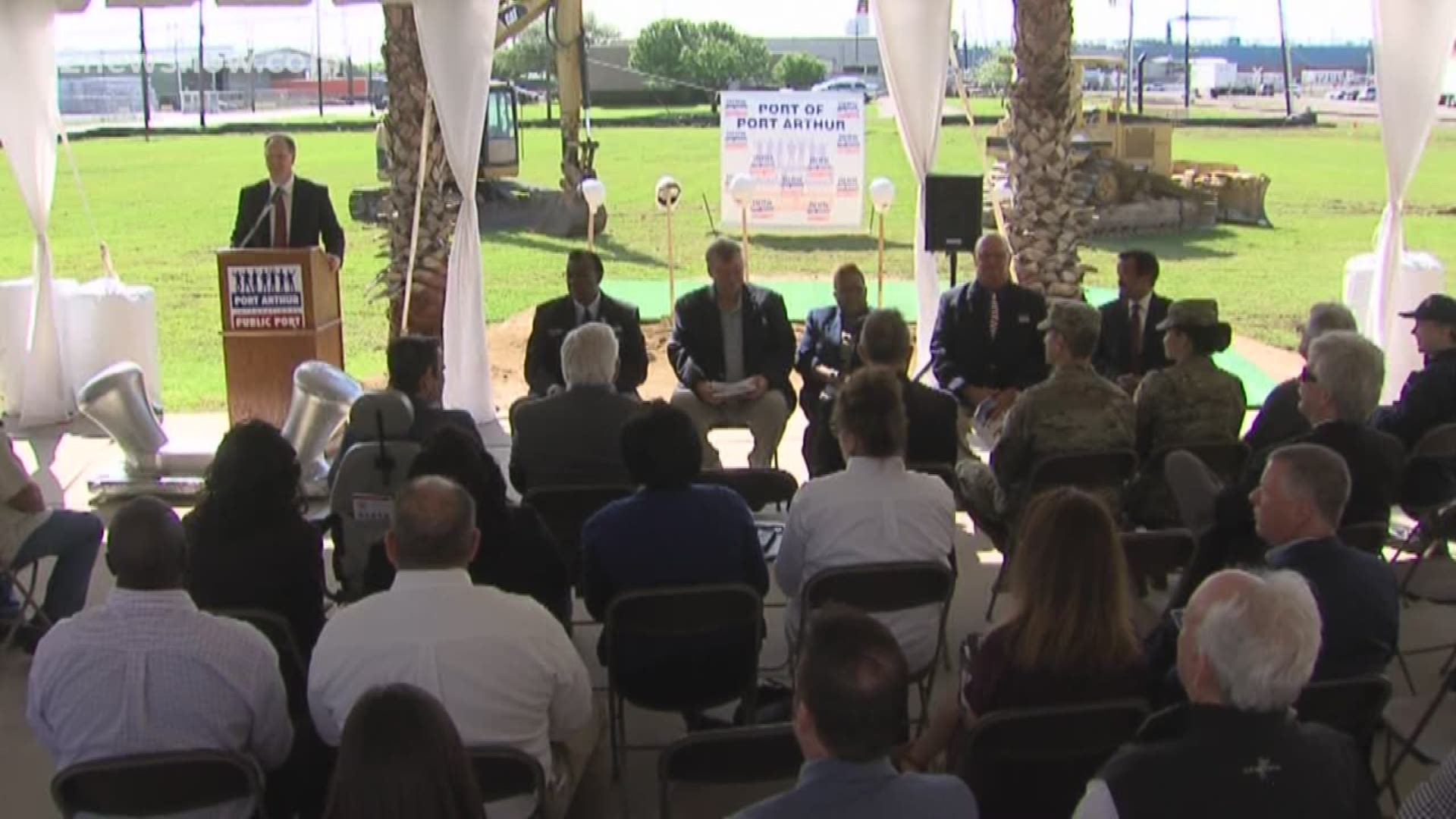 PORT ARTHUR, Texas — A groundbreaking ceremony was held on Tuesday  at the Port of Port Arthur to kick off a construction phase of the port's Berth 5 expansion project.

The project will be adding 600 feet of multi-use cargo dock to the existing facility according to a Port of Port Arthur news release.

The expansion supports the multimodal nature of the port, helping the movement of cargo by rail, ship, barge, truck and pipeline according to the release.

The project increases the U.S. capability to grow exports and certain imports according to the release. The expansion will cost roughly $37.2 million. The port is positioning itself to handle new business generated by plant expansions.

Dock 3 is now being heavily used in the export of diesel fuel from Motiva refinery. The port has diversified to try to resurrect the wood chip export business once controlled by German Pellets.

Preparation of the site has been completed and construction can begin according to the release.