No deal between union members, ExxonMobil after another meeting

A union representative said they brought five proposals to the table, and all were rejected. 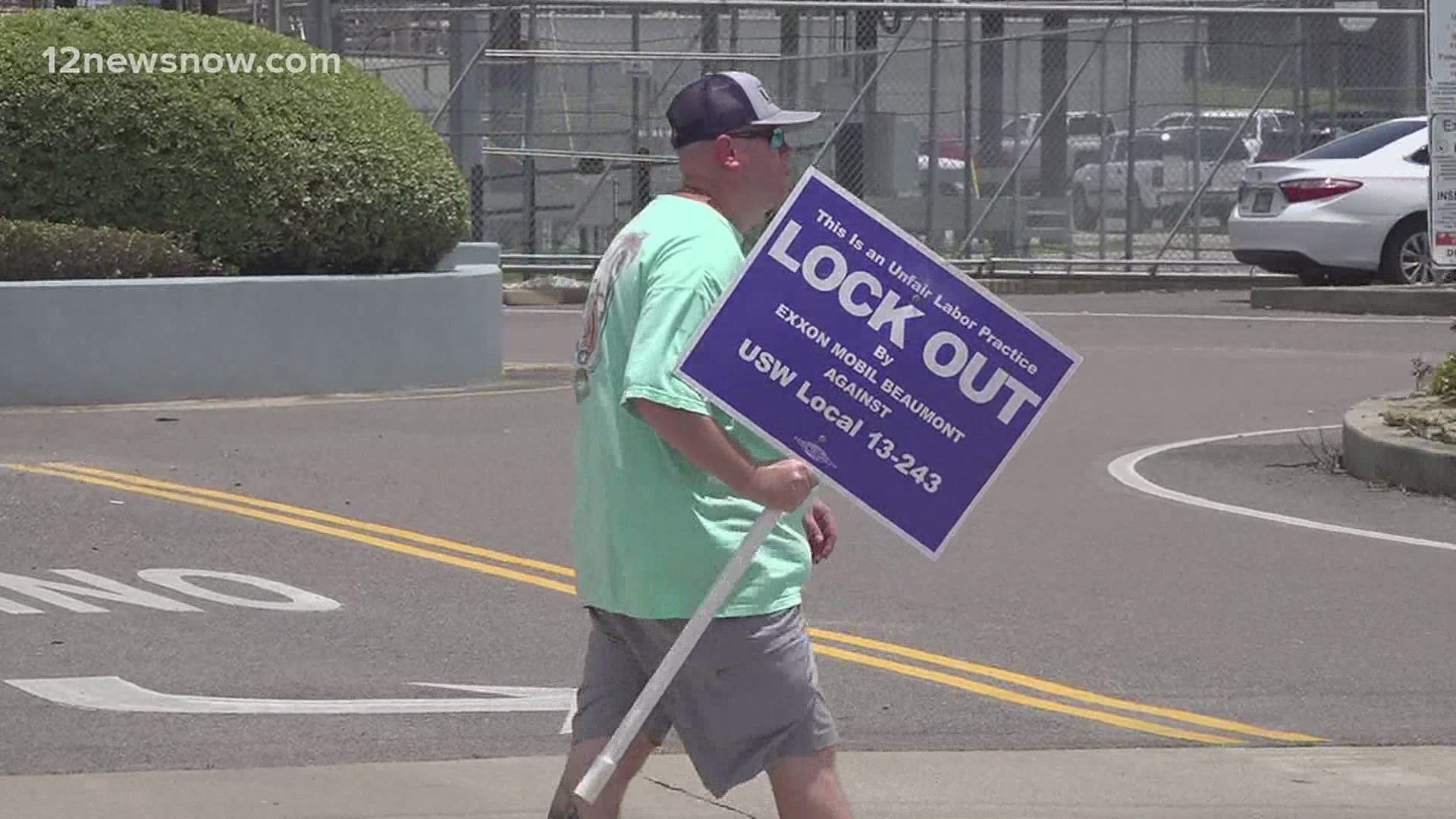 BEAUMONT, Texas — ExxonMobil and the United Steelworkers local 13-243 met again on Tuesday, hoping to find a compromise to bring 650 union workers back on the job.

Once again, a deal could not be reached. Both sides remain far apart.

The company said its current offer is still available for a vote by membership. It's been more than two months since the lockout started.

Union representative Hoot Landry told 12News the July 6 meeting with the company was disappointing. He said although union presented five proposals and the company reviewed them, they were not compelled to change the current proposals.

"We did have one proposal that the company stated we were moving in the right direction. But it was rejected," Landry said. 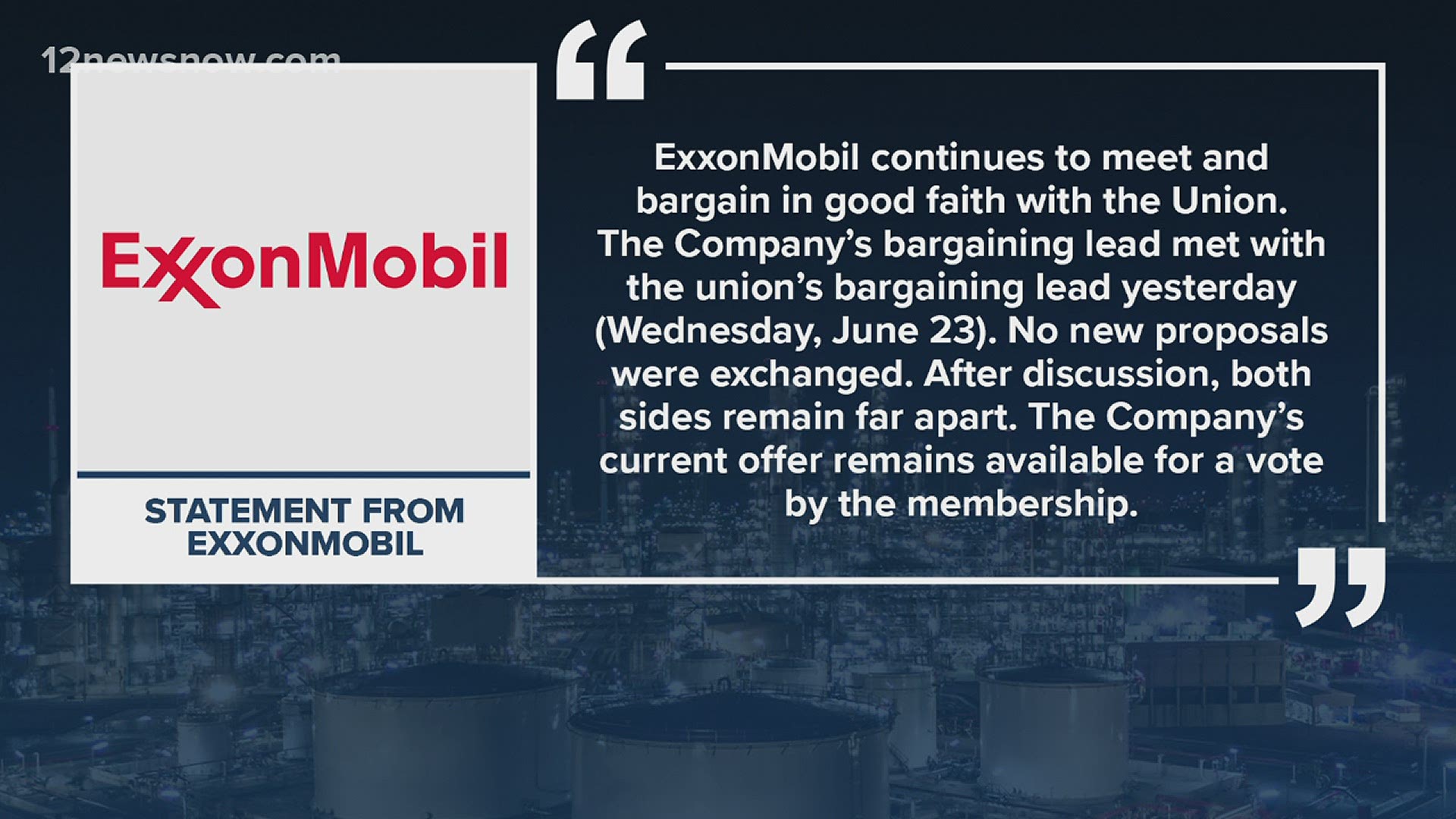